Look at this new shipping container venue that's launched in Liverpool - The Guide Liverpool
Contact Us Advertise with The Guide Our Video Services Follow us:

Box Yard is an open air space that brings together street food, drinks, booths, a roof terrace (coming soon) and a diverse programme of events featuring some of the best local and international live acts and DJs. 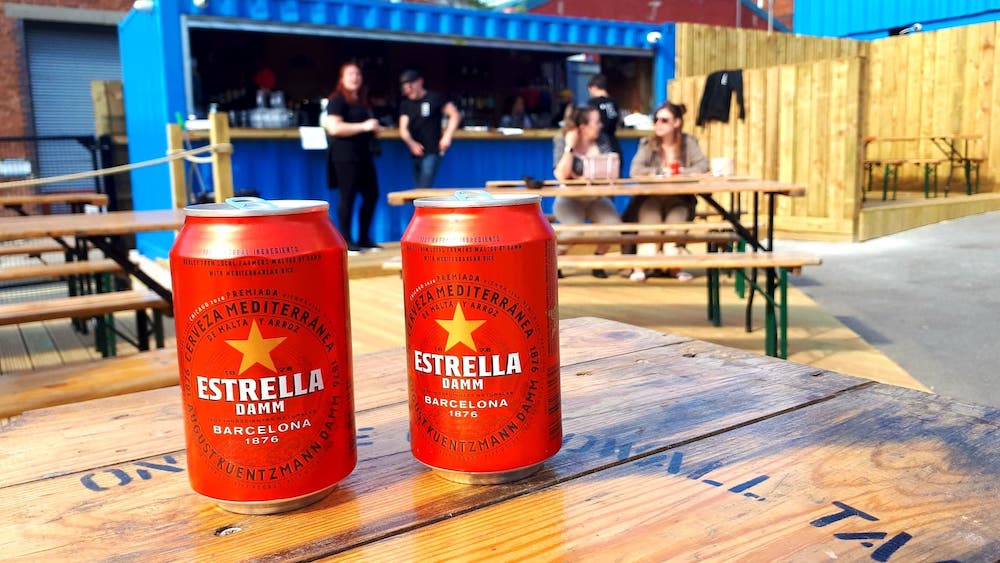 The first venue of its kind in Liverpool, Box Yard is located near Benson Signs on the dock road and it has already hosted some incredible sell out events, with huge events booked in throughout the summer. Big screens have been installed for The Euros (the England v. Scotland match was another sell out) and their Gin N Juice hip hop event has already sold over 900 tickets, with tickets for the Sunday Brunch Party events also selling fast.

Other big upcoming events include Freedom Festival, the Official Launch Party on 25th June, Chic It on 26th June, Locura on 3rd July, Vadella on 10th July and Estilo on 31st July. The venue also has regular themed quiz events every Wednesday and they are open to local promoters who are interested in hosting their events there too.

The venue’s Co-Owner, James Daly, is the Founder of Jaly Concerts and puts on huge events internationally, so there are plenty of exciting events in the pipeline. The venue’s other Co-Owner, Kev Odger, a top techno promoter and Founder of the Peach events brand, has a strong reputation for attracting some of the biggest DJs in the world to the city, such as Ben Klock and Nicole Moudaber. 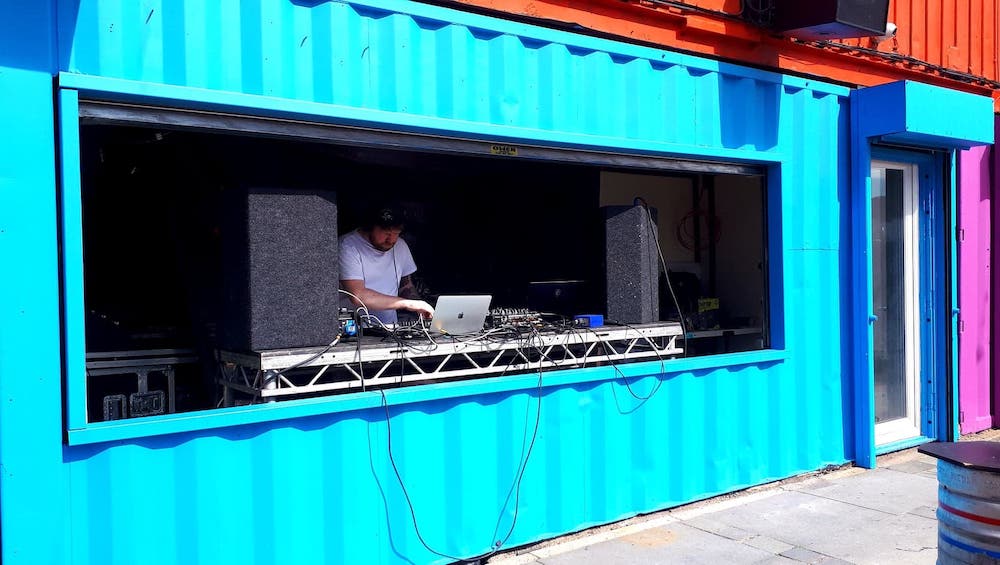 “The shipping container venue concept has really taken off in other parts of the world so we’re really excited about bringing this to Liverpool. Some of the events we have planned are huge and we’re looking to make Box Yard one of the best venues in the city, with a diverse range of events and something for everyone.” 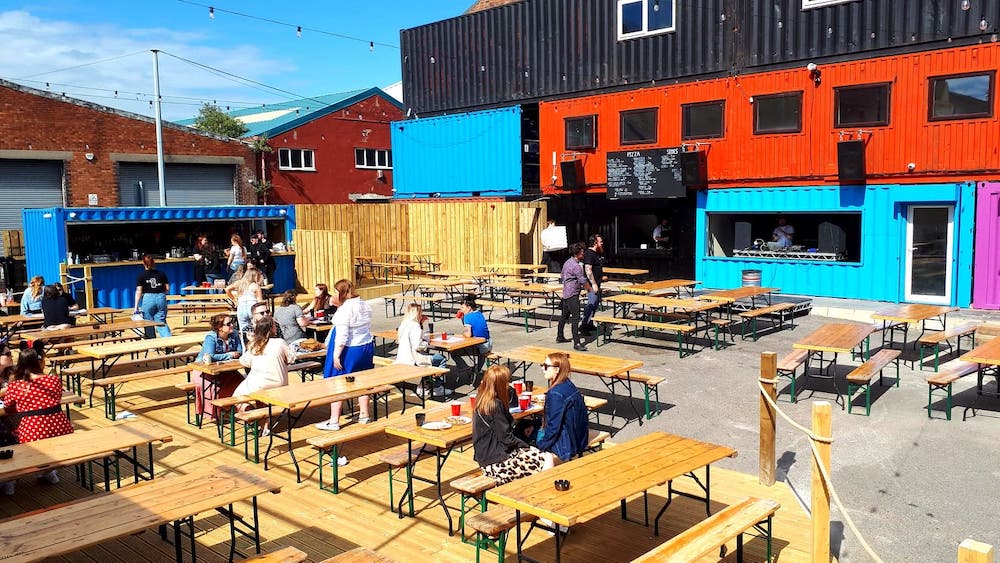 “It’s a perfect partnership because James regularly sells out events such as tribute festivals and orchestral rendition events and I can bring some of the best DJs in the world to the venue. Let’s not forget the local talent though — Liverpool is a hotbed of incredible music artists and DJs so we’re looking to give them a platform to showcase their skills too. We’ve had some amazing local acts on here already.”

With live music, DJs and events hosted on Fridays and Saturdays, themed Brunch Parties on Sundays and other regular events such as themed quiz nights on Wednesdays, there’s a diverse programme of entertainment at Box Yard. In terms of food and drink, you can expect street food such as pizzas and wings and a well stocked pop up bar, whilst there are amazing views of the surrounding rustic buildings and the city to the South. 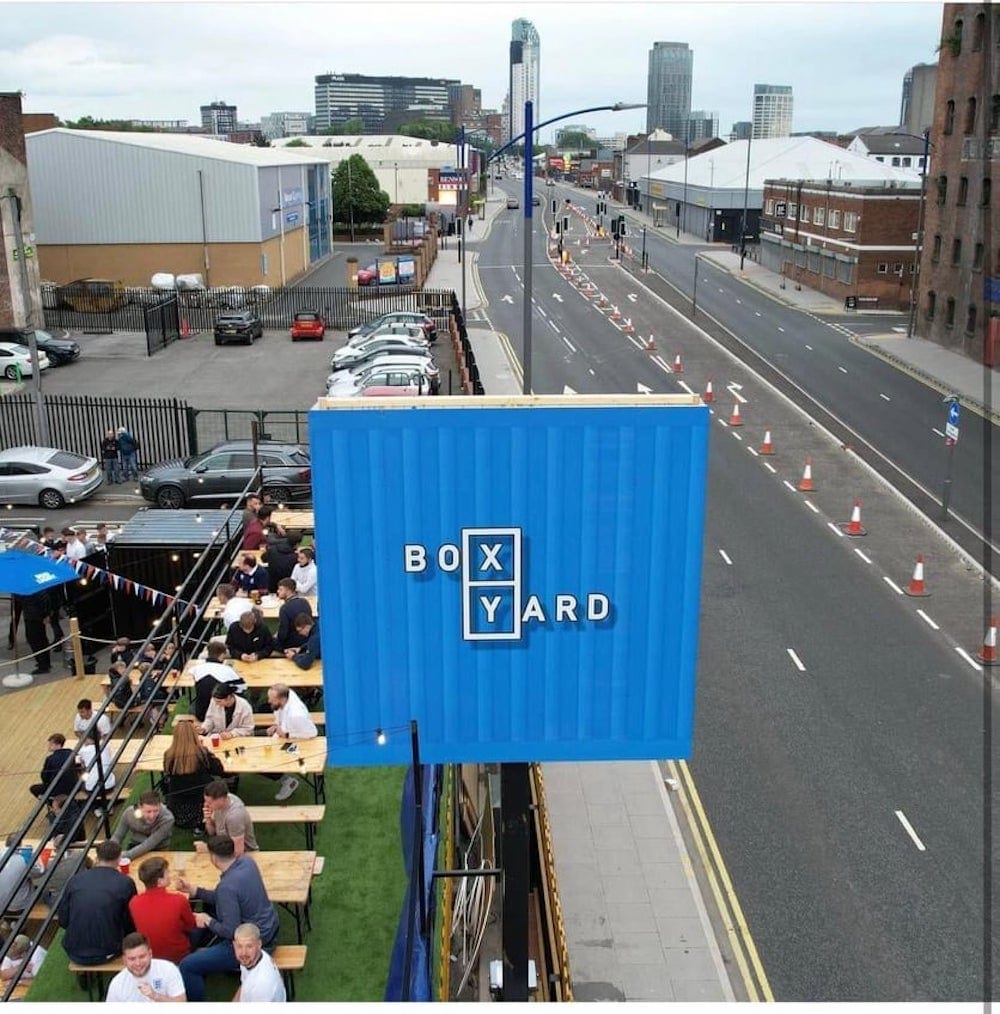 North Liverpool is seeing an exciting resurgence — with venues such as Invisible Wind Factory, North Shore Troubadour, Meraki and Ten Streets Social leading the way for regeneration — and Box Yard offers another exciting destination to the area. With big plans in the pipeline for the venue and other regeneration plans in discussion, North Liverpool may well take over as the new hotspot for events and parties in the city.

For events and what’s on check out Box Yard on FACEBOOK!