Meet Alder Hey's hero surgeon who has saved countless children's lives and is a world leader in paediatric tumour surgery - The Guide Liverpool
Contact Us Advertise with The Guide Our Video Services Follow us: 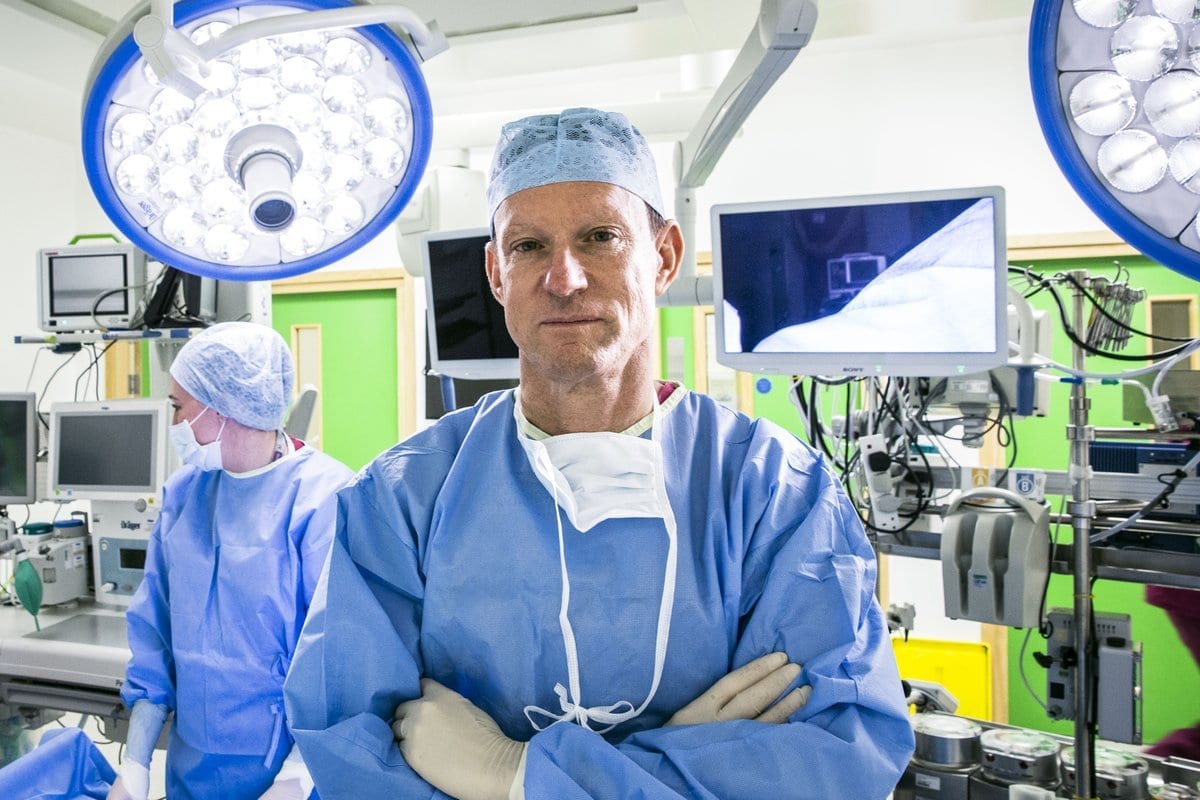 It was the moment which moved viewers of BBC2’s Hospital series to tears earlier this year – as Alder Hey brain surgeon Conor Mallucci gave the parents of three-year-old Charlie Robinson the news they’d longed for.

After being told their son could have as little as six months to live, that despite chemo and a series of operations on his rare brain tumour nothing more could be done, the neurosurgeon was their last desperate option.

Charlie’s life was literally in his hands.

The TV cameras followed the family from pre-op discussions, as a scan showed the tumour was starting to affect the little boy’s mobility in his right arm and leg, to the moment when Conor revealed that against the odds he’d managed to entirely remove it.

Charlie with his mum and dad

MORE: Meet the hero scouser who 10 years after losing his leg fights on and inspires millions

The episode was called Hope for Charlie because, explained his mum Nici, “we have been at the lowest we can be and now we have hope … we believe that Dr Mallucci can do anything.”

For his part, Conor was typically down-to-earth about the result, although he admitted that it was probably one of the most difficult operations he has carried out in the past decade.

But in 21 years at Alder Hey there have been so many difficult operations, and so many lives saved. The comments shared on the hospital’s Facebook page speak for themselves. To all those mums and dads like Charlie’s, whose children have undergone successful surgery, the unassuming 53-year-old is a hero.

“It is lovely to read what people say, it gives you a big smile, but it’s not the main driving force behind what I do,” he says. “That is the wonderful contact you have with the families, for me that part is fantastic.”

Conor came to Liverpool back in 1998 after training first in medicine at UCL in London and then in neurosurgery at Birmingham Children’s Hospital, in Nottingham, and a one-year fellowship in Paris.

“I was 31 at the time, which is very young to be a consultant, but Alder Hey and Great Ormond Street are the two big hospitals in my field so if you wanted to work in paediatric neurosurgery then you had to follow the job.

MORE: 10 ways you can do something remarkable for Alder Hey Children’s Hospital

“And I was a Liverpool fan so honestly I was quite pleased about that, it was a great honour. My whole family are Liverpool fans, I think probably because my mother is Irish and we used to come to Liverpool and stay at the Adelphi as kids on our way to get the ferry to Dublin.

“I still go to matches, I share a season ticket with a pal so I take my kids every third match or so.”

Conor moved here with his wife Alison, a consultant ophthalmologist at Arrowe Park Hospital, and they now have three children. “One of whom is studying medicine at Leeds, so the dynasty continues,” he laughs.

“When I first came, brain surgery was predominantly done at the old Walton Centre, and slowly but surely we moved the service to Alder Hey. Paediatric neurosurgery in that era was very much delivered by adult neurosurgeons – the techniques are generally transferrable, the only real differences are in scale and pathology – but over the past 20 years it’s evolved into a specialty.

“Now we’re asked to focus on smaller and smaller areas of surgical specialties, and I focus particularly on brain tumours and hydrocephalus, those are my two main areas.”

Surgery, which Conor describes as his favourite part of the job, can last for many hours at a time.

MORE: Watch as we take you inside Alder Hey’s incredible ‘Innovation Hub’

“It depends on the complexity of the case, but I tend to take on a lot of difficult and second opinion cases so a lot of my operations can take a lot of time – often eight, nine or 10 hours.

“Neurosurgery isn’t suited to flibbertigibbets who can’t focus, you’re looking down a microscope for a long time so you have to be strong and be able to concentrate. Brain surgery tends to be one operation that lasts all day whereas if you’re a cataract surgeon you’ll be doing 20 operations a day and each one might last six minutes. There are so many different types of surgery and I’d say one of my skills is being able to focus for a length of time.”

Another is being emotionally resilient in a professional which can have extreme highs and lows.

“It can be emotionally stressful, and you can’t really share that too much with your family because it’s a very private thing so you learn to deal with it yourself. You keep your work and your home life separate to survive, and if you do share the emotions and the stresses it’s usually with fellow neurosurgeons, but the reality is everyone has a hard job and ours is just another hard job.”

The rewards, though, are incomparable especially when, as in little Charlie’s case, the result of his day’s work is life-changing.

“The highlight of my job is when I come out of theatre and tell mum and dad that we’ve done what we wanted to do,” reflects Conor. “That is the absolute high.”

To find out more about the amazing work the team at Alder Hey does head to the website here.

Do you know a local hero? We want to hear from you email us, tweet us or message us on Facebook and we could be talking about someone you know.