Meet the Grandson of the Scouse Nan who has turned into a social media star after her response to the Queen - The Guide Liverpool
Contact Us Advertise with The Guide Our Video Services Follow us:

Scouse nan Josephine Darragh has become a social media star after she pulled no punches with her reaction to a 100th birthday card from The Queen.

Jo, as she’s known, was far from thrilled by congratulations from Her Majesty and she didn’t hold back in saying so.

As her granddaughter Jacqueline read out the card, the straight-talking centenarian was clearly unimpressed by the royal best wishes, announcing ‘she couldn’t give one sh**e about me’!

Jo’s family captured the hilarious moment on video and it’s now been seen more than 1.5million times around the world.

She’s featured on Good Morning Britain, and been approached to appear on the Ellen DeGeneres Show in the US.

“My nan always has her own strong opinions and she’s never one to hold back so honestly, we were just surprised she didn’t say much worse,” admitted grandson Barry.

“She’d told everybody not to bother getting her a card like that, off the Queen, but Jacqueline thought it’d be a nice surprise so she arranged it for her. My nan doesn’t mind the Royal Family but she’s not their biggest fan and whatever she’s got to say she always tells you straight – she’s got quite a few people on her hit list!

“She’s only about 4ft 8in but what she lacks in inches, she makes up for in attitude, you’d never take her on.”

Jo and her husband Tony, who’s 88, have been shielding at their home near Ormskirk during the pandemic with support from close family including nurse Jacqueline and Barry. 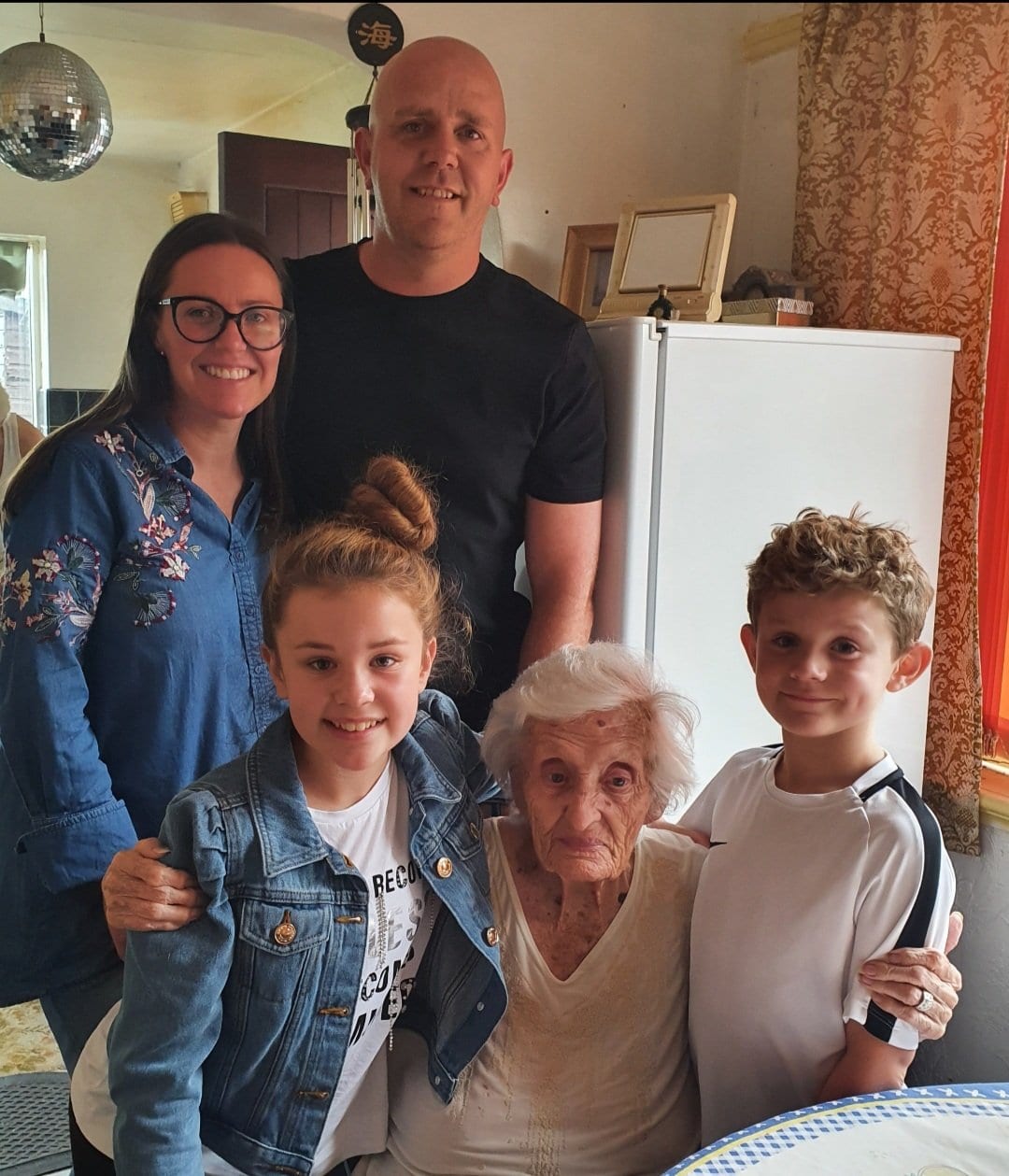 “My nan’s blind so my grandad looks after her, they’ve been married for over 50 years and he’d do anything for her. They always get fish and chips on a Saturday night and have a little dance in the living room,” said Barry.

“But we all love the bones of her. She’s got lots of grandkids and greatgrandkids and she runs everything. When she walks into a room you know she’s going to come out with something.

“She calls everyone girl or lad, and she’s always telling my fiancée ‘no-one’s ever good enough for my grandson’.”

Jo was brought up on Vauxhall Road and lived off Scotland Road and in Kirkby, working in clothes shops in the city centre during and after WWII, so Barry says she’s well known in Liverpool.

“She’s got millions of stories she loves telling us, there’s never a dull moment with my nan,” he added.

The Scouse Nan that made our weekend in lockdown better ??

As for her new-found social media fame, no-nonsense Jo is typically taking that all in her stride.

“We put the video up on Twitter just to cheer everyone up, and we’ve had thousands of nice comments,” said her grandson. “It’s been viewed more than 1.5million times which is unbelievable, but my nan couldn’t care less.