Meet the Liverpool Mum who has become an inspiration to her 200 dance students - The Guide Liverpool
Contact Us Advertise with The Guide Our Video Services Follow us: 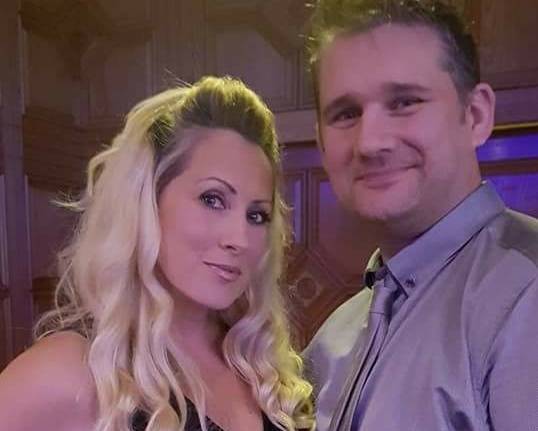 “It’s not what we do in the spotlight, it’s the difference we make in the background that matters.” Dance and cheer teacher Nicola Broadley on being mum to her 200 students.

We love an inspirational Scouser and Nicola is just that.

She desperately wanted a family of her own, but Nicola Broadley was more than happy to be mum to the 200 dance and cheer pupils who skipped through her doors every week.

While her dream of motherhood came true two years ago after daughter Amora was born, Dingle-born Nicola didn’t stop being there for every one of her students – it just meant her brood was bigger than ever.

“We’ve always been like a family,” says Nicola. “It’s not just about routines and competition. Yes it’s amazing to see them learn, but it’s equally incredible to watch them grow as young people with skills they can take out in the real world.

“I’m their teacher, but I’m their friend too, and they – and their parents – know they can talk to me about anything.  And if I can help, I will.”

MORE: 10 years on after losing his leg we meet Andy Grant to hear his inspirational story of strength

As well as putting pupils at newly-named Ultimate Force* through their paces in Allerton, Nicola also teaches at Electrik Apple Theatre Company, a drama group for disabled adults which has been commissioned to do a show at Edinburgh Fringe Festival this year.

And what makes her more incredible than ever is that her success has followed heartache and tragedy that would have made others give up.

“We’re only here for a short time so life is about making the most of every moment,” says Nicola. “I’m a positive thinker. If something happens that’s negative, I turn it round as quickly as I can.

“And you get out of it what you put in, as much for others as yourself.”

MORE: Check out the latest Parenting news for Liverpool here

It was in March 2015 that Nicola first proved she practises what she preaches. Her confidence was shattered along with her ribs and a collection of other bones when she was involved in a car crash.

At first she hid herself away and refused the leave the house, but she pulled herself together to get back to work.

Shortly after she learned that she had lost the baby she had longed for for years.

“I had never been pregnant before and I went for the first scan with my husband Mike, then an RAF firefighter who had just come back from Afghanistan.  I was so excited but the room went quiet and they told us there was no heartbeat. It was devastating.”

The professional singer and dancer was only able to put her own hurt aside to get back to the children and young adults who needed her, saying simply: “I needed them too. They helped me.”

Nicola finally fulfilled her dream to become a mum in July 2016, when her little girl Amora – meaning love – was born.

But even that event was tinged with sadness when, just four weeks later, her mum was diagnosed with breast cancer.

“My dad cares for my 96-year-old grandma who lives with us so I said I would look after mum while she underwent treatment including a mastectomy.

“I was running all over the place with her, I had a young baby, and something had to give.  I made the decision to close the cheer and dance school and said I’d understand if pupils wanted to go somewhere else.

“But when I was able to re-open three months later – and thank goodness mum is now okay – all but a handful came back. That’s family.

“It’s more than just a job. I have fun with the girls, we have a laugh – although they also respect me when I teach.

“The children are able to talk to me about things – like one girl whose mum had also been diagnosed with cancer – and we can support them and help them through. I have one girl who has recovered from anorexia and she now talks to others and, as a result we look not just at training but fitness and healthy eating too.”

MORE: Watch all of our highlights from Randox Health Grand National here

Nicola, now living in Halewood, goes on: “Even the parents ask if I can have a word with their children if there’s a issue because they say they’ll listen to me – I sat talking to one girl at her home until almost midnight. But the parents are part of the family too, and they go above and beyond.

“I have a family with three children who come to club and they have just adopted another young girl.  That is quite costly for them but another mum came to me without fuss and said she would like to pay her fees for a year – there was only one condition, that it was anonymous.

“I have a disabled sister and looking at what she can’t do makes me feel privileged at what I can, for myself and other people.  It’s very humbling.

That’s why, with the help of her parents, Nicola also runs Electrik Apple, a performance group with disabled members from 18-61.

They organise day trips and holidays for the members and, sometimes integrating them with the Ultimate Force members, teach them dance, cheer, drama and singing.

Nicola – who surprisingly finds time to be in an 80s band, The Hitmen and Her, too – has written The Journey, a comedy about life with a disability for them to perform.

“We’ve got two weeks in Edinburgh with that in July,” she smiles. “They are so good and so positive about everything, that they inspire me.”

She adds: “Anyone can teach.  Anyone can win. But it’s what we do in the background that matters.”

Do you know a local hero? Let us know on Twitter and Facebook so we can feature them on The Guide Liverpool.