Meet the Merseyside Police Dogs & find out about their fascinating role in fighting crime - The Guide Liverpool
Contact Us Advertise with The Guide Our Video Services Follow us: 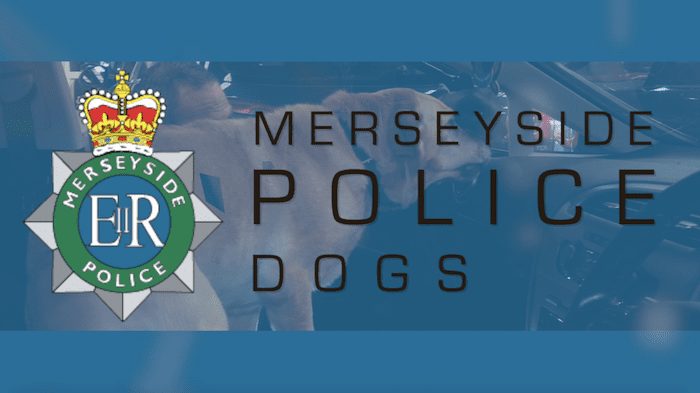 This week we go behind the scenes with the Merseyside Police Dog Section to find out just how integral these incredible animals are to policing the streets of Liverpool and beyond.

Merseyside Police is tasked with keeping our streets safe and sometimes, man power just isn’t enough. This is where the Merseyside Police Dogs Section comes in. Highly trained four-legged crime fighters play an integral part in lots of different ways.

This week our Jay is out with PC Dave Bartley, a dog handler with Merseyside Police Dog Section and his dogs PD Lucy and PD Chicco to find out more about their role in modern policing.

Merseyside Police has a dedicated police dog kennels where a number of different breeds are trained from a very young age. German Shepherds, Springer Spaniels, Labradors and Belgian Shepherds make the best police dogs through their athletic ability and ability to learn.

Each day the Merseyside operational Police Dogs are put through their paces at work and just like their human handlers, they clock off and go home, where they assume the role of a domestic pet – just like our dogs and puppies at home.

Based at the Operational Command Centre, Speke, a typical day at the office for these intelligent animals can include a wide range of skills. PC Bartley said:” The dogs are used to catch and detain offenders and search out things such as drugs, cash, firearms, explosives and even dead bodies.”

3 – Finding ammunition, guns and even bombs

Alongside responding to calls of burglaries, car theft, house searches and many more daily tasks, PD Lucy and Pd Chicco are also highly trained in detection. From offenders trying to avoid capture to using their noses to sniff out drugs, there are different types of skilled dogs for all manner of police work.

It’s no surprise to learn that, in the line of duty, dog handlers and their dogs form a strong bond. PC Bartley is equipped out with all the usual kit including body armour and baton, he does however carry a few essential extras including dog poo bags!.

When it comes to keeping both himself and the dogs as safe as possible while on duty, there’s a comprehensive system in place, PC Bartley explained:”We risk assess on the job. By law we have to give an offender the opportunity to give themselves up.

“We always shout to the individual to give them an opportunity to stop running. We also let them know that we’re in possession of a dog. Our dogs are trained to bite people. But they are highly trained and they know what they’re doing.

PC Bartley also knows what it feels like to lose not only a dog, but a colleague and best mate. Describing the night PD Ghost was knocked down and killed by a car on a job, he said: “It’s the hardest thing to see, watching your best mate die. He really was my best mate. I spent a lot of time with him, I’d been through a lot of stuff with him and there’s no coming back from that. It’s devastating.”

“A lot of stuff that we do is unseen. Not only with these dogs, but also others such as body recovery dogs and bomb dogs. All of the tasks that they do, they do without any thanks from anybody. They dont get paid.”

“They do it for the love of the job with the handler. We’d be lost without them.”