When mum Carly McKinnon noticed her little girl’s eyes were very red, she thought eight-year-old Evie had been spending too much time on her iPad in lockdown.

But just days later, her daughter ended up fighting for her life in the High Dependency Unit of Alder Hey.

Four weeks after contracting Covid, she was left struggling to breathe, her heart was racing and she’d shown signs that her organs were starting to shut down.

“Looking at her, she didn’t even move, she looked like she was dying,” recalls Carly. “It was absolutely terrifying.”

Evie, from Chester, developed the rare Paediatric Multisystem Inflammatory Syndrome (PIMS) which affects less than 0.5% of children who have tested positive for the virus. 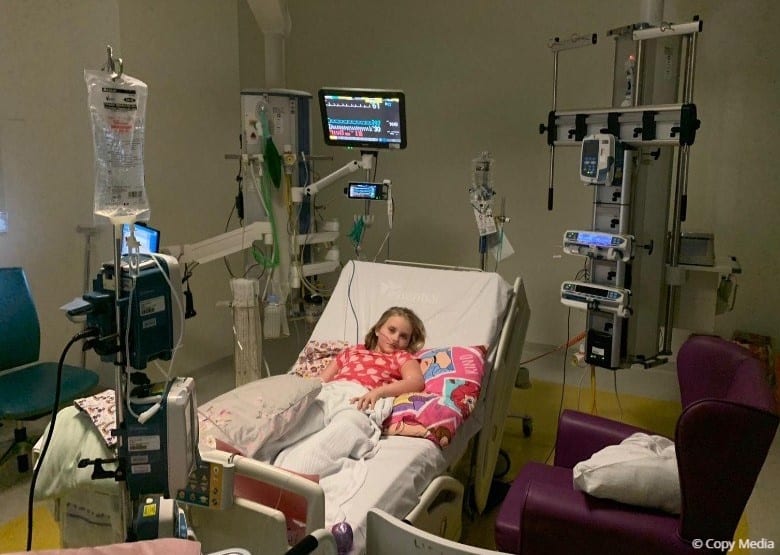 As the youngest child to be treated for the severe reaction, research specialists at Alder Hey asked her parents if Evie could take part in trial treatment.

“When you’re in a situation where you can see your little girl and it looks like she’s going to die, you feel so helpless and you just think, I’ve got to do something,” says Carly.  “Alder Hey told us that the treatment had worked on older children and adults, but it hadn’t been used on somebody so young.

“It was a decision me and her dad had to make, and we just knew we had to do it. You’ve got to do what your heart’s telling you to do.”

Evie took part in four research studies to help improve treatments for Covid-19 in children and, after eight days on HDU, she finally began to respond.

Although Evie has now made a full recovery and is back with her classmates at Capenhurst Primary, 39-year-old Carly is keen to highlight the symptoms of PIMS to help other parents avoid the nightmare they went through.

“When Evie was so ill, there was nothing about PIMS or Covid in children in the media; I thought the children who were getting sick had underlying health conditions whereas Evie is very healthy,” says Carly. “PIMS is a very rare thing, but it does happen.” 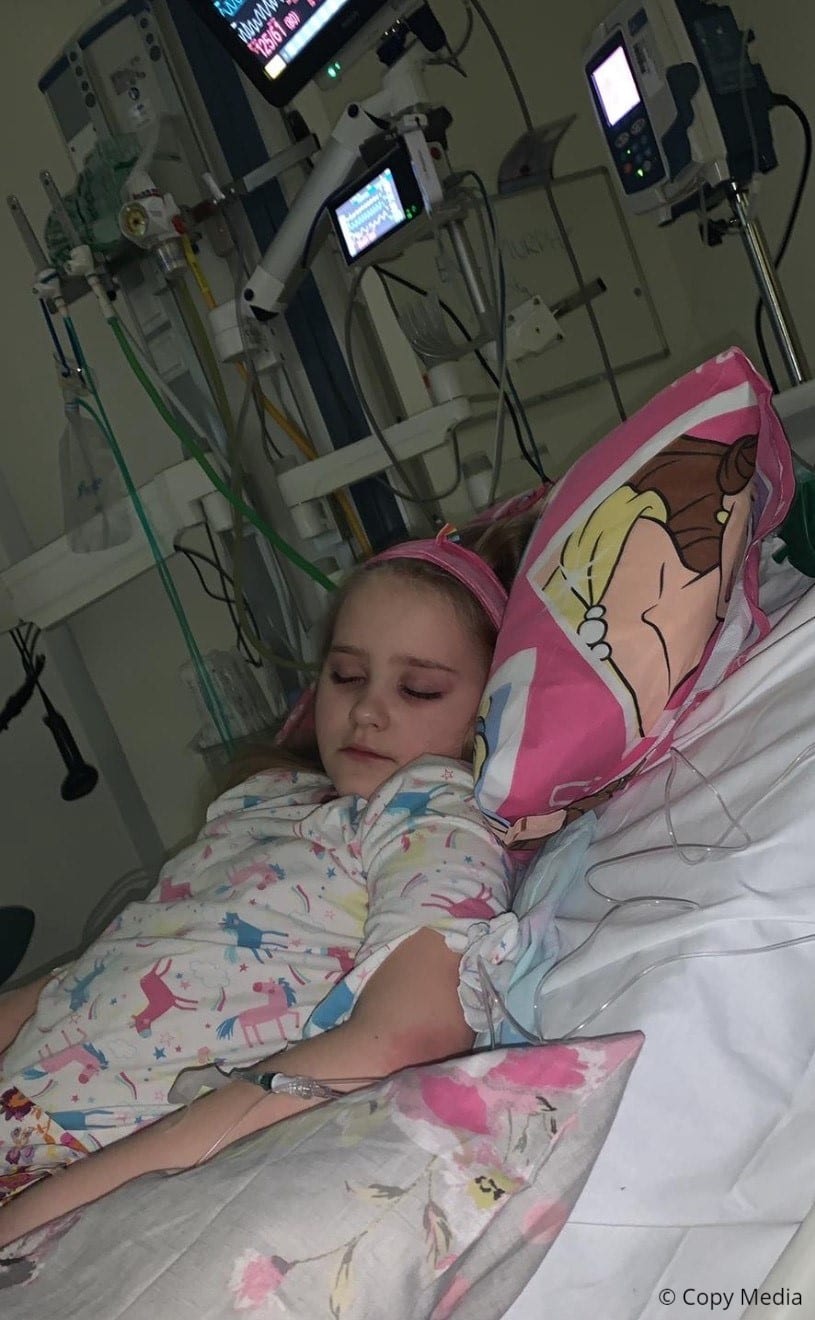 The mum-of-six was first in the family to test positive back in February this year, followed quickly by Evie who initially just had a rash.

“That went, but then about four weeks later she came down with flu-like symptoms,” says Carly. “Her eyes were very red but it was around lockdown and she was on her iPad a lot so I thought that’s what had caused it, I had no idea that was a sign of PIMS.

“When she was really lethargic and not eating, I put it down to a virus. I phoned the doctor’s and they agreed and said I should carry on giving her Calpol which I did, but after about five days there was still no improvement. Her temperature was raging and when she was being sick a greenish coloured bile I phoned back and said, ‘I know something isn’t right’.”

A nurse at the surgery referred Evie to the Countess of Chester where she was monitored on the children’s ward. “Her heart rate was dropping, her temperature was rising and her blood pressure was low, they were struggling to control it. The following day she stopped weeing so she was showing signs of her organs failing and that’s when Alder Hey said they wanted her there.

“They sent an ambulance, and it took the ambulance drivers four hours to stabilize her enough to get her on a bed just to move her.

“I remember saying to the ambulance man ‘is she going to be alright?’ and he just looked at me and said, ‘we’ll do our best.’ I knew at that point it was touch and go whether she’d pull through.”

Carly says the team at Alder Hey was amazing, giving Evie round-the-clock care while her mum and dad Matthew took turns to sit by her bedside.

“They told us they’d treated teenagers with PIMS but Evie was the youngest and she was responding a lot slower.”

Evie spent eight weeks off school while she recovered, suffering from tiredness and aching legs. She has to go back to Alder Hey for regular heart scans which have so far come back clear.

Research staff at Alder Hey made Evie a certificate to recognise the part she played in the fight against Covid, and they’ve nominated her for a BBC bravery award. 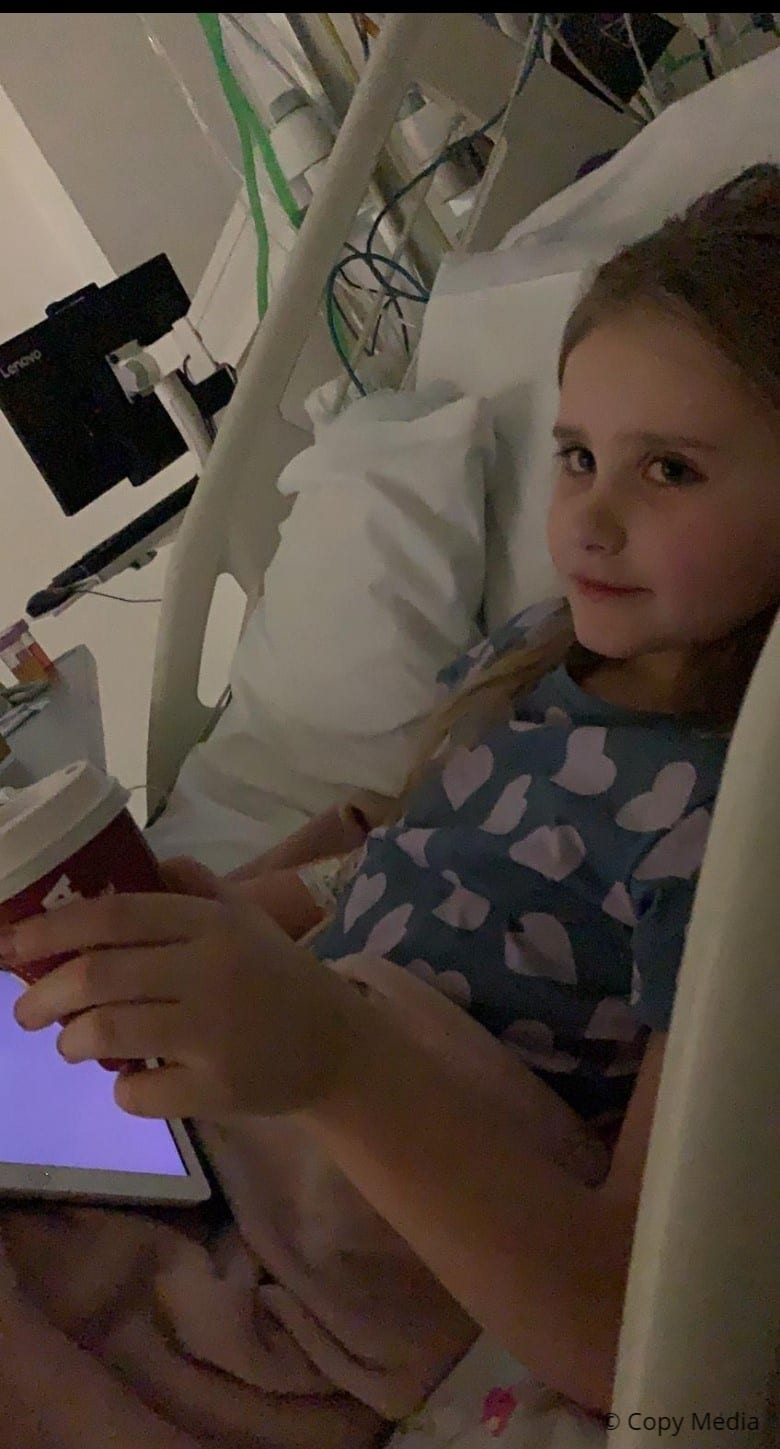 “We wanted to look forward and know that something positive had come out of such a worrying time,” says Carly. “Evie was too poorly to know what was going on, but I’ve explained to her the difference she has made; she’s really happy and proud of herself that she’s able to help other patients and families.

“She’s said to me, ‘I was a bit like a guinea pig wasn’t I mum?’ and I said ‘yes, you were really,’ but I’ve explained how important these clinical trials are.

“It’s also about raising awareness of PIMS so people know what it is and what signs to look out for – a temperature of 38⁰+, cold hands and feet, sleepiness and red eyes.

“If I hadn’t taken Evie to the doctor’s when I did she could have just died at home, in her sleep, because she was going downhill so fast. And if Alder Hey hadn’t treated her with the care they did and offered her the drugs they did, she probably wouldn’t be here today. I really believe they saved her life.”