Patsy Kensit to star in the Christmas Panto at The Atkinson - The Guide Liverpool
Contact Us Advertise with The Guide Our Video Services Follow us:

Patsy Kensit to star in the Christmas Panto at The Atkinson

LHK Productions and The Atkinson have announced Patsy Kensit as the star of their 2022 Christmas Pantomime, Aladdin.

The British icon, who started her film career at the age of four, will be granting wishes as The Genie of the Lamp at the Southport theatre in an action-packed festive production of the much-loved family friendly classic from Thursday, December 8th.

Aladdin tells the legendary rags to riches story of a Chinese street urchin who falls in love with a beautiful princess. Sent into the cave of wonders by the evil Abanazar to fetch an old oil lamp, Aladdin soon discovers its home to an all-powerful Genie, which he unintentionally releases with a rub of the lamp. 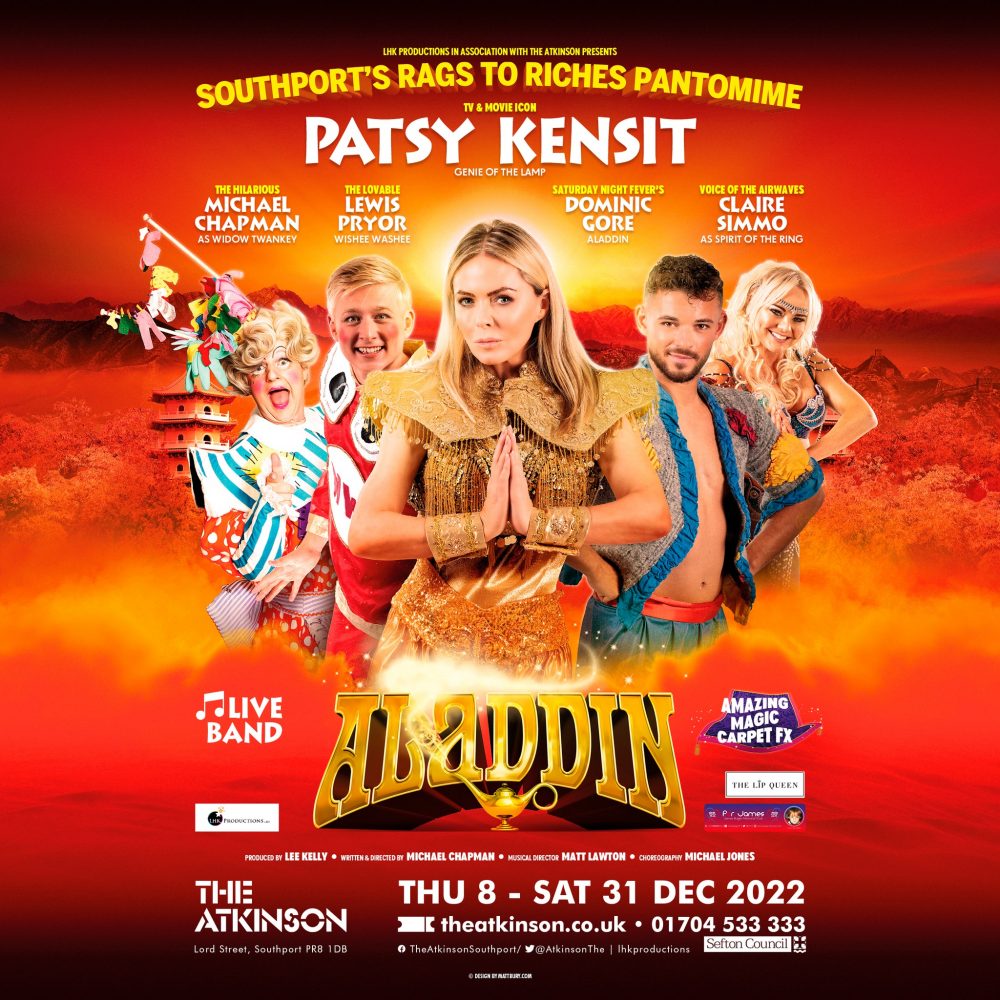 “We cannot wait to return to The Atkinson this Christmas and working with Patsy Kensit is a real dream come true. The whole panto cast & crew are so excited to start rehearsals and to bring some festive fun to Southport for another year running.

“Patsy is a huge asset to this year’s production, and we can’t wait to watch her bring the beloved Genie to life.”

With a long list of Hollywood roles to her name, including The Great Gatsby and Lethal Weapon 2, the multitalented star topped the charts in the 1980s with her pop band, Eighth Wonder and their three popular hits Cross My Heart, Baby Baby and I’m Not Scared.

As a staple on our TV screens in the 00s, Patsy has starred in some of the nation’s favourite soaps including Emmerdale and Holby City and was more recently seen joining the open-top bus procession on the Queen’s Platinum Jubilee alongside fellow British icons such as Kate Moss and Naomi Campbell.

As a source of inspiration to many, she is now a motivational speaker and writer and currently lives in London. She has two sons who she believes are her greatest achievements. 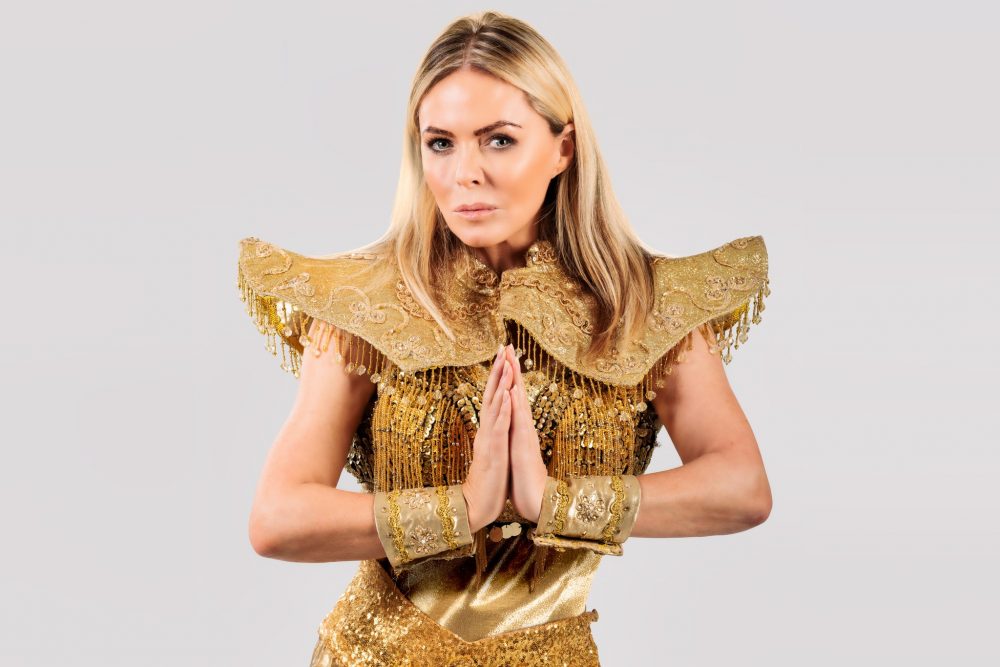 “I’m really looking forward to taking to the stage in Southport and having lots of fun with my fellow cast members. It’s set to be a fantastic show for all the family and I’m excited to don my costume and transform into The Genie of the Lamp to grant some special wishes this festive season.”

Joining Patsy on stage in this year’s show is a fabulous cast of panto pros, including Merseyside dancer and actor Dominic Gore, who’s set to charm audiences as the quick-witted hero Aladdin, talented singer Mia Molloy playing the beautiful Princess Jasmine and Southport’s very own Tom Burroughs, who will deserve all of the boos as he embodies the primary antagonist, evil Abanazar with his malevolent mind and wicked games.

Pantomime regulars, the hilarious Michael Chapman and Lewis Pryor, will captivate audiences once again and have them laughing out loud as Widow Twankey & Wishee Washee and local broadcaster Claire Simmo will dazzle as the Spirit of the Ring.

This year’s show will run from December 8th to the 31st and host a variety of accessible performances, from captioned shows to relaxed environments. 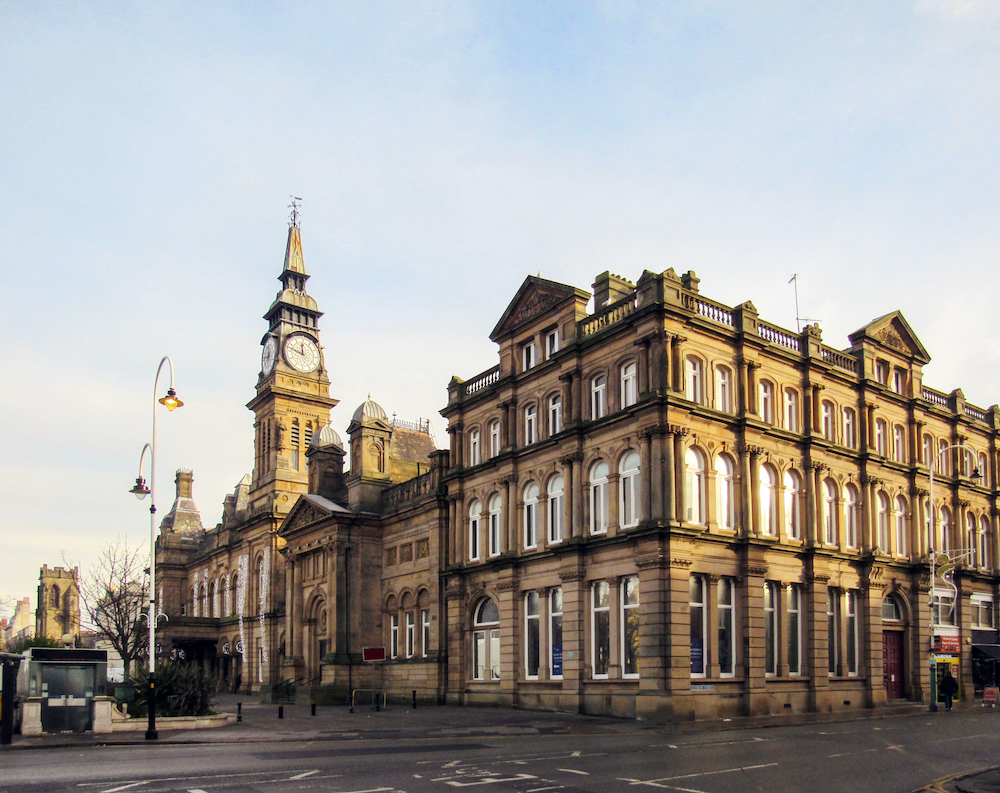 “Welcoming families, friends, and panto enthusiasts alike into the theatre throughout the festive period is at the heart of our purpose here at The Atkinson. With the talent of our incredible cast, our aim is to take our audiences on a magical carpet ride and encompass a truly enchanting atmosphere which compliments the festive spirit of Christmas.”

Will Aladdin overcome the evil Abanazar and be free to marry his Jasmine? Will the Genie of the Lamp gain her freedom? Will Widow Twanky & Wishy Washy get the laundry done in time? Go on a magical carpet ride at The Atkinson this Christmas in a panto extravaganza for all the family.