Previously unseen photos of John Lennon to go on display at The Beatles Story - The Guide Liverpool
Contact Us Advertise with The Guide Our Video Services Follow us:

A series of unseen pictures of John Lennon in New York are going on display at The Beatles Story to mark his 80th Birthday.

The black and white photographs of The Beatles star were taken on October 17 1974, when he was at the Sgt Pepper’s Lonely Hearts Club Band on the Road show at the Beacon Theatre, and include one showing him changing the sign of West 74th street on Broadway to read “Sgt Pepper Way”.

The snapshots, taken by freelance photographer Robert Deutsch, will go on display at The Beatles Story in Liverpool to mark what would have been the Imagine singer’s 80th birthday on Friday October 9. 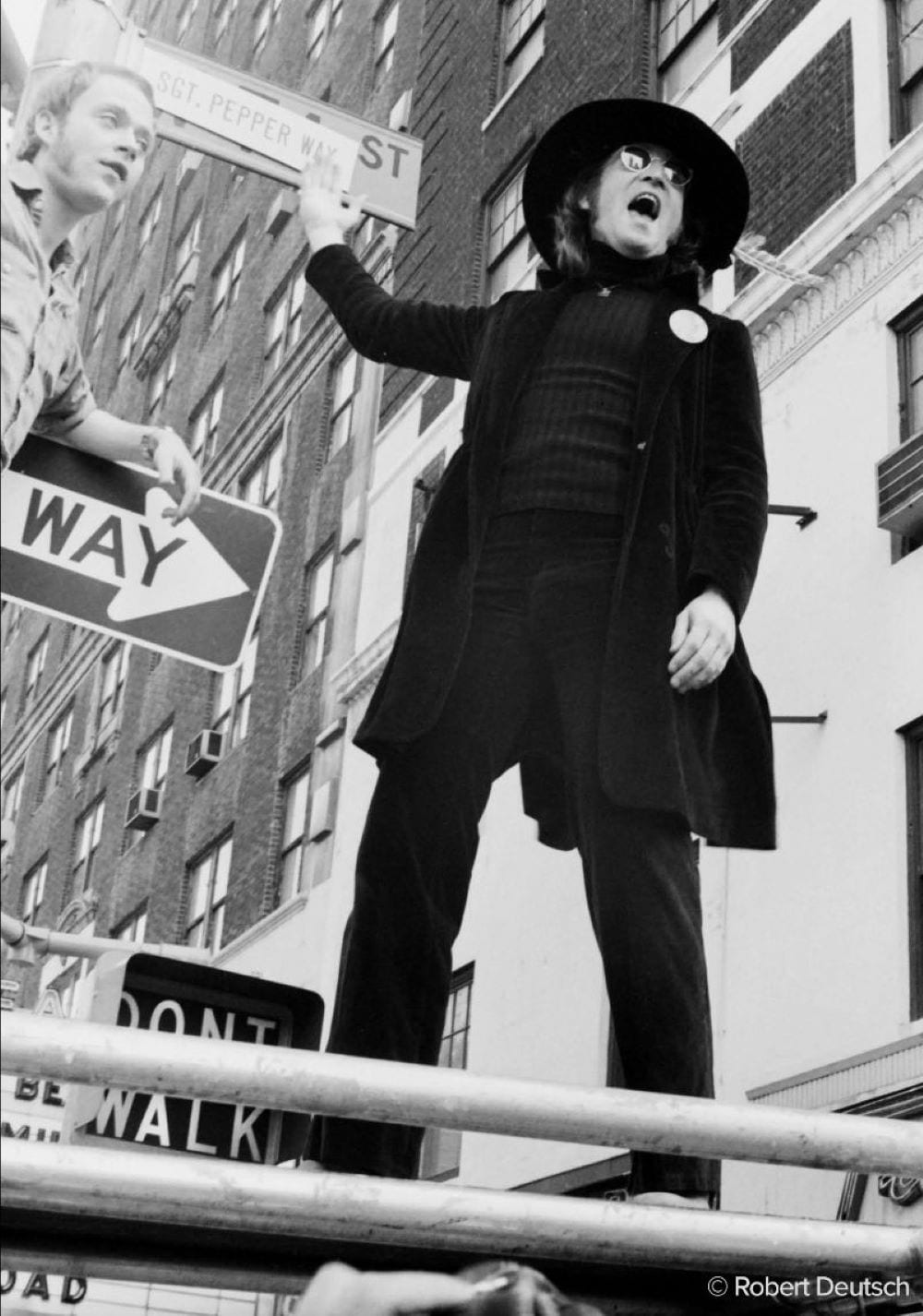 Another picture shows Lennon sitting at an organ in a dark velvet suit, with a hat and lapel badge featuring Elvis Presley.

The musician was fatally shot by Mark David Chapman outside his Manhattan apartment in December 1980.

For more than 45 years the photos were kept at Mr Deutsch’s home but he got in touch with The Beatles Story after visiting Liverpool while on a cruise and exploring the museum along with Beatles landmarks Strawberry Field and The Cavern Club.

“I met a John a few times and he was always very charming and very easy to talk to, but I was very nervous because he was a Beatle and I was a big Beatles fan!

“He went up on the ladder and changed the street sign to Sgt Pepper Way and when that was over he went into the theatre and invited us all to come in with him.” 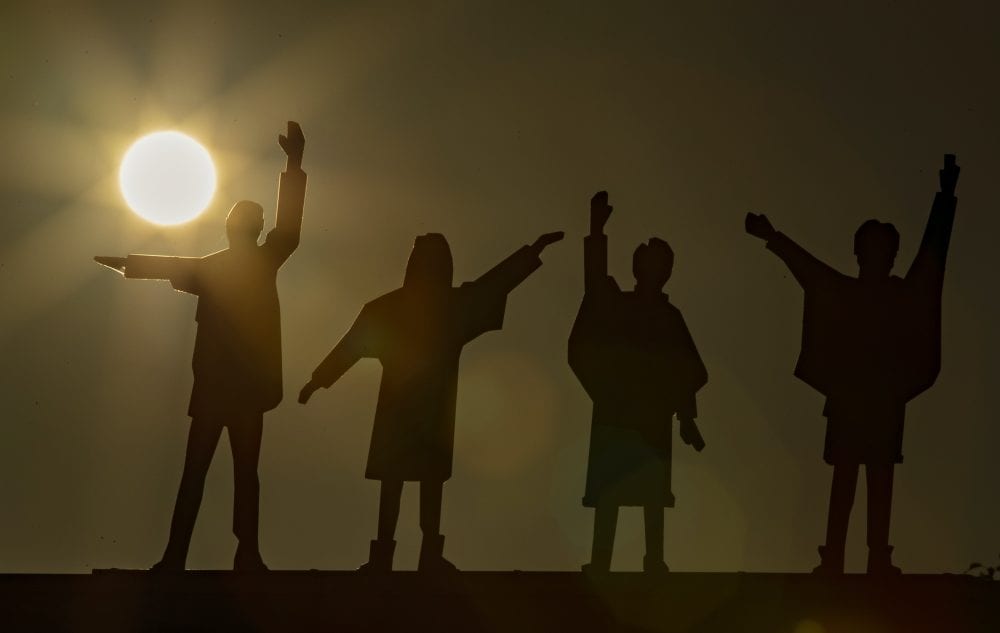 “He was having a great time talking to us, then he sat down at the organ and started playing – I couldn’t believe it, this is John Lennon, playing music for me!

“He was very nice, very friendly and very accessible.”

Fans who visit the Sgt Pepper Way exhibition at the Albert Dock attraction will also be able to see Lennon’s last piano and enjoy an immersive experience in the updated Imagine White Room.

MORE - What was the world really like through John Lennon’s eyes?

“We’re so pleased to be able to share these amazing photographs, which have remained hidden in Robert’s home for so many years.

“Despite everything, 2020 is a significant milestone year for The Beatles Story – celebrating what would have been John’s 80th birthday, along with a special exhibit to mark Ringo’s 80th birthday and our 30th anniversary so it’s important to honour these occasions appropriately and in the best way we can.”

The exhibition will run for three years, with more previously unseen pictures being added during that time.