Proud mum moment as Joshua starts pre-school after ‘amazing care and support’ from Alder Hey - The Guide Liverpool
Contact Us Advertise with The Guide Our Video Services Follow us:

It was a ‘proud mum moment’ when three-year-old Joshua Williams raced happily into pre-school after two years of treatment for a condition that affects only 50 children in the UK each year.

For Joshua, who was diagnosed with rare cancer-like condition Langerhans Cell Histiocytosis in July 2020, it was the chance to make new friends and play with other children ‘which he loves’.

And for mum, Alison, 34, it was the magical moment that finally marked the start of a normal life again for Joshua – thanks to the amazing care and support of Alder Hey.

“I was so proud to see him in his little uniform as he started pre-school – and he absolutely loves it,” says Alison, a recruitment consultant.

“Joshua was raring to go. He has so much energy, in contrast to when he was receiving treatment which made him so tired.

“He’s such a funny boy, really crazy, and it’s great that now he can live life like a normal little boy, and we don’t have to worry.”

And she adds: “We are so grateful to Alder Hey, where he couldn’t have had better care. Liverpool became like a second home to us because we were there so often, especially in the early days of Joshua’s treatment, but the staff couldn’t have been nicer.

“Everyone was so friendly – and they made a difficult time so much easier.” 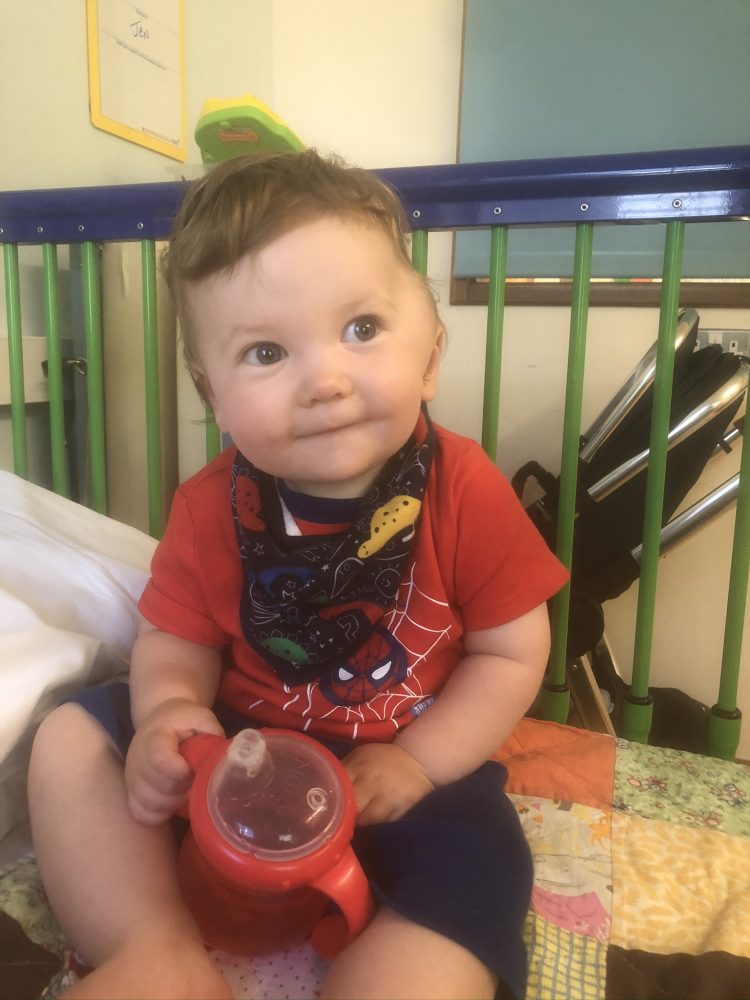 Alison and plumber husband Dafydd, from Colwyn Bay couldn’t have been happier when first child Joshua was born, and everything seemed fine until he was nine months old.

He developed a small lump on the side of his head which, at first, was thought to be a swollen lymph node.

“We were told by the out of hours doctor that we should go back if it didn’t go down in six weeks, but the lump just got bigger and bigger,” says Alison. “It pushed his ear down into his jaw, it had come right down his face, and his hair wasn’t growing over it.

“It was hard because it was the start of lockdown so it was difficult to get an appointment. But one night Joshua started bleeding out of his ear and I thought, that’s it, I’m taking him to A&E.”

Joshua was initially taken to Glan Clwyd Hospital before being transferred to Alder Hey who took a biopsy and did other tests. After four days he was sent home before being diagnosed with LCH.

LCH is a very rare condition but with, thankfully, a high survival rate. Histiocyte cells normally help protect the skin, but sometimes the body has too many of them and they move around the body, causing damage.

The condition can affect bones or organs and symptoms can range from a skin rash and lumps on the skull – as in Joshua’s case – to a swollen tummy, breathing difficulties and diarrhoea.

Alison says: “It took so long to diagnose because no-one had seen it before, and by the time Joshua got to Alder Hey it had eaten a hole in his skull, but we were really lucky that it hadn’t affected his brain.

“Joshua was fitted with a central line and started straight away with chemotherapy and steroids, and eventually he was given oral chemo which we gave him daily at home.

“We had to go back regularly to Alder Hey for checks and, if he ever had a temperature, we had to go straight to the hospital to make sure he had no infections. He got everything going from slap cheek to chicken pox and viruses, and it was awful seeing him so poorly. (He had a rough Christmas last year and we ended up in Glan Clwyd Hospital on Christmas Eve).

“But Joshua was so good, and that made it easier; and the nurses at Alder Hey made it fun for him. They were lovely and made Joshua feel safe and calm.  Nothing was ever a problem.

“It was worrying, but me and Dafydd stayed positive throughout it all and never let it get us down, we just got on with it. It was hard, but we wanted to Joshua to live the best time, whatever was going on – and however long it was going to go on for. He is my first child so I wanted to do all the things every mum wants to do when they are growing up, like give him parties on his birthdays and go out to places.” 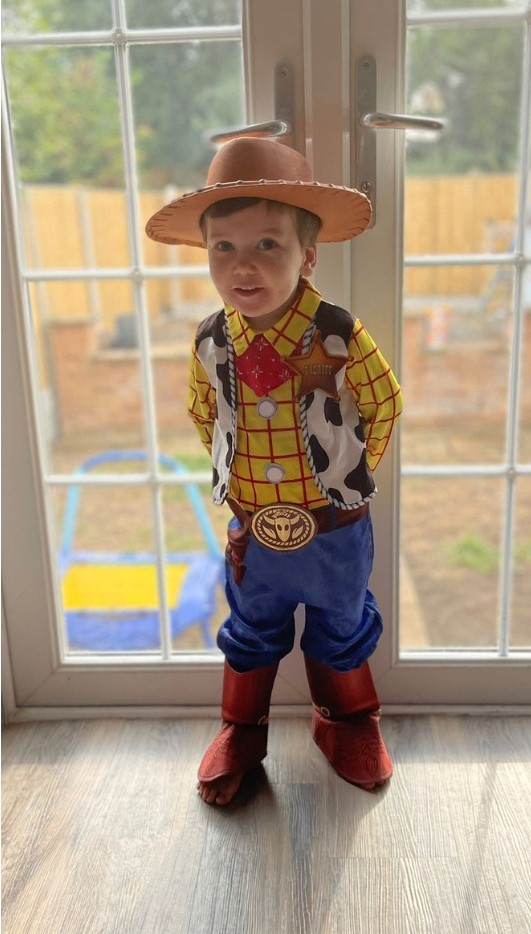 Joshua as Woody from Toy Story

Joshua was a star patient as he underwent two full years of treatment, ending only last month.

The cheery youngster will have regular checks and scans, but the condition has now all but gone: “There’s a tiny bit left which it’s thought he can just live with.”

Alison smiles: “It’s been quite an introduction to motherhood; I think I’m prepared for anything now.

“But Joshua is well and full of energy and that’s why it was such a proud mum moment when he went to pre-school, and he was so excited.

“Before I would have been so worried about him being with other children and picking something up, now I don’t have to panic anymore.

“It’s a happy time, life is back to normal – so thank you Alder Hey. There aren’t enough words to say how amazing you are!”