Record breaking year for Neston Cricket Club  - The Guide Liverpool
Contact Us Advertise with The Guide Our Video Services Follow us: 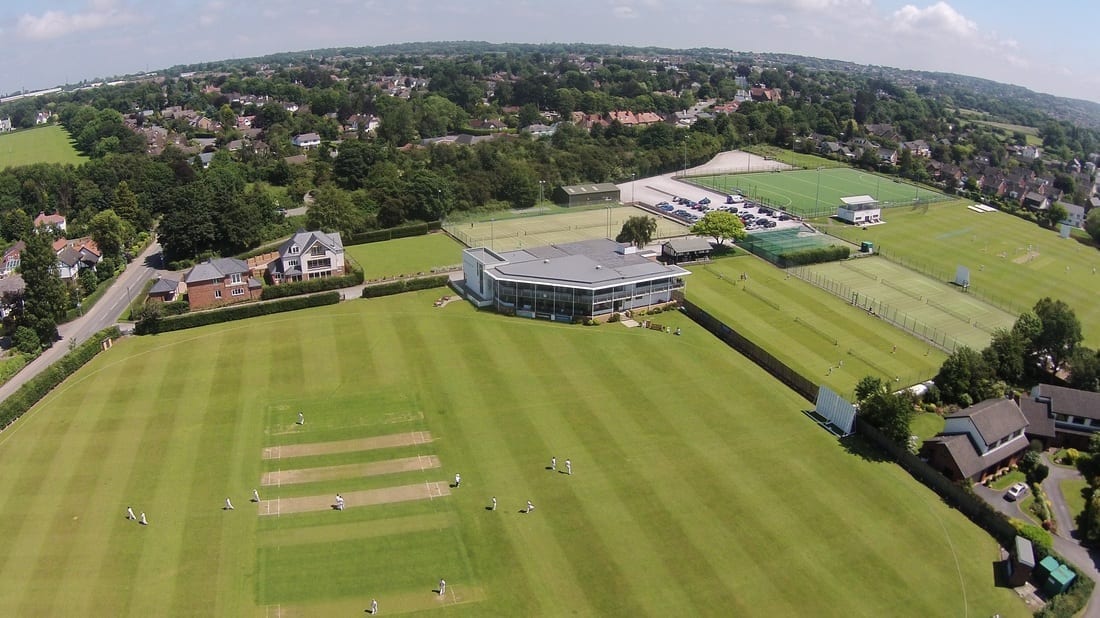 More than £30,000 has been raised during Neston Cricket Club’s popular Marquee Week, making it a record-breaking year for the Parkgate venue.

The event is a vitally important time in the club’s fundraising calendar and includes the Summer Ball, the Parkgate Proms and the ever popular Sporting Lunch, which was  sponsored by intellectual property attorneys at Forresters.

This year the Sporting Lunch welcomed former West Indies fast bowler and World Cup winner, Colin Croft, as guest speaker, who spoke to 63 businesses from across the region about his cricketing past. He was followed by Liverpool comedian and television presenter Ted Robbins. 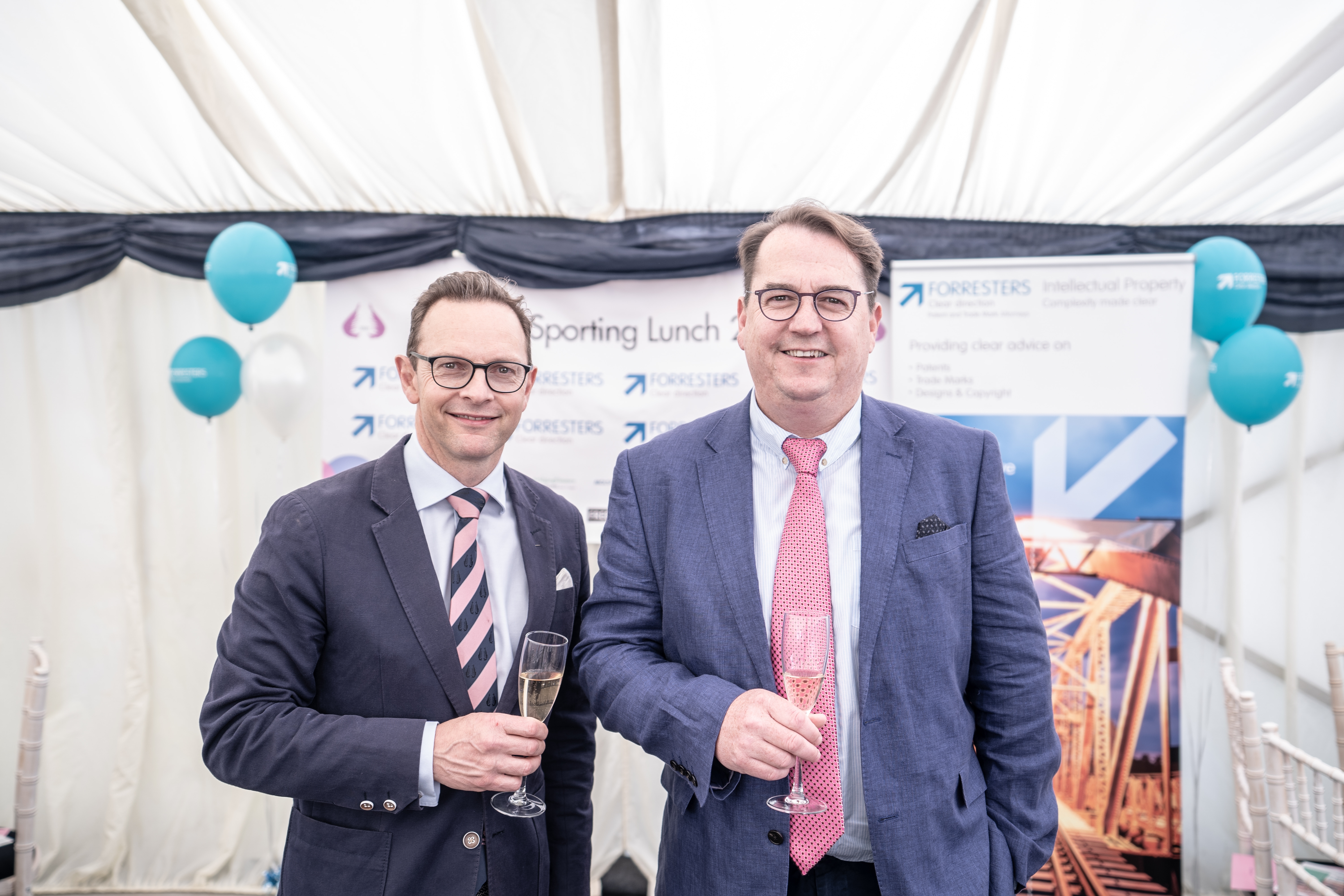 Club president Tony Bush, left, is pictured with Ross Walker from Forresters at the Sporting Lunch.

Neston Cricket Club’s General Manager, Craig Stubbs, said: “This year we are thrilled to have raised just over £30,000.  The Marquee Week is vitally important to the club as we wouldn’t survive without it. There are always costs at the club, for example at the moment we are re-laying the artificial tennis courts at a cost of £80,000. However, we want to carry on providing the best facilities for players and supporting our younger players to reach their full potential.

“We couldn’t do this without companies like Forresters that get behind the club. That’s why we are pleased that Forresters has agreed to renew its partnership with us for another four years.”

In addition to its two cricket pitches, the club boasts 12 tennis courts, three squash courts and one hockey astro-pitch. There is also a boules green and space for croquet, while The Parkgate Clubhouse has three bars, including a cafe bar, two function rooms and a meeting room. 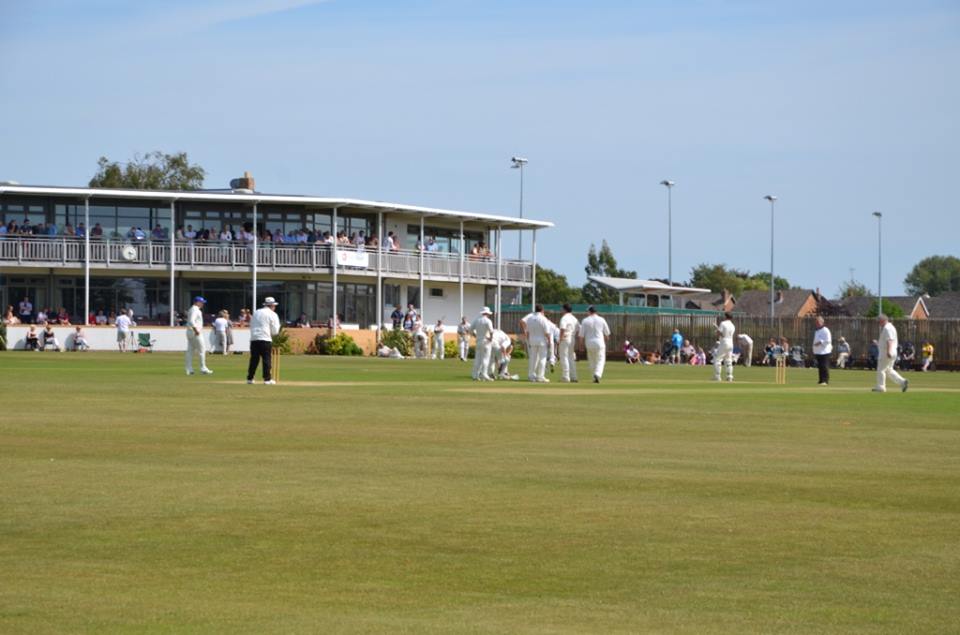 Some of the funding from Marquee Week will be donated to the club’s Shrimp Appeal, which was set up a few years ago by the club’s current president Tony Bush. It helps children from less privileged backgrounds get involved in sport by working with local schools to discover pupils that are doing well in a sport, but can’t afford to be a club member.  The club will assess each child and, if they are good enough, they will get funding from the appeal to pay for costs such as membership, training, kit and equipment.

Ross Walker, equity partner at Forresters, which is based in the Port of Liverpool Building at Pier Head, said he is looking forward to supporting Neston Cricket Club for another four years. “The Marquee Week was a huge success and we are pleased to be part of this amazing fundraising event,” he said. “Neston Cricket Club doesn’t just invest in its facilities, but also in its players and we are pleased some of the funding from the event will help youngsters through the Shrimp Appeal. We look forward to continuing to work with the club as they go from strength to strength.”