Sefton Town Halls to light up in tribute to the Queen - The Guide Liverpool
Contact Us Advertise with The Guide Our Video Services Follow us:

Sefton Town Halls to light up in tribute to the Queen

Both Southport and Bootle Town Hall will light up in tribute to Queen Elizabeth II.

The civic buildings will be illuminated from dusk on Monday, September 12th and remain illuminated for seven nights – this is to mark the UK wide period of mourning prior to Her Majesty’s state funeral on September 19.

Southport and Bootle Town Halls join a host of other iconic buildings across the Liverpool City Region, which will be illuminated in a regal purple.

The illumination follows the official and historic Reading of the Proclamations, carried out by the Mayor of Sefton Cllr Clare Carragher, outside Southport and Bootle Town Halls on Sunday which proclaimed the passing of the crown to King Charles III.

Books of condolence are available at Bootle Town Hall and the Atkinson, Southport for people to sign and remember Her Majesty. Books of Condolence will be collated and archived. 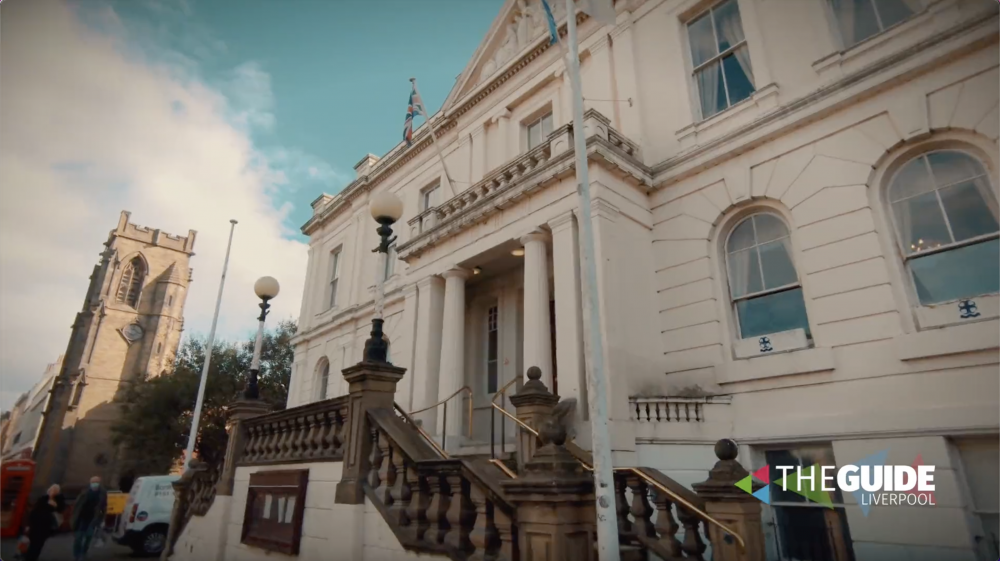 An online book of remembrance has also been made available by Buckingham Palace and will soon be available via the Sefton Council website here.

For Sefton residents who cannot access the online book of remembrance, printed Condolence Cards will be available from all Sefton Libraries and Family Wellbeing Centres. These can be filled in by hand and either returned to one of the libraries or family wellbeing centres or can be posted back to either Southport or Bootle Town Halls.  These cards will be collated and stored in Council archives.

Areas outside Bootle Town Hall and the Town Hall Gardens on Lord Street, Southport have been designated as places where residents can leave floral tributes in memory of Her Majesty.

During the mourning period and state funeral, some of the Mayor of Sefton’s engagements may be cancelled as a mark of respect. Other engagements during this period may begin with a period of silence to honour the Queen’s passing.

Floral tributes at both Southport and Bootle will remain in place until after the state funeral. These will then be sensitively collected and disposed of in an appropriate fashion.