Sir Paul McCartney becomes Glastonbury’s oldest ever solo headliner - The Guide Liverpool
Contact Us Advertise with The Guide Our Video Services Follow us:

Sir Paul McCartney’s has taken to the stage at Glastonbury for his headline show which comes exactly a week after he celebrated his 80th birthday.

Sir Paul McCartney has made history as Glastonbury’s oldest solo headliner as he kicked off his set on the Pyramid Stage.

The former Beatle’s headline show on Saturday comes exactly a week after he celebrated his 80th birthday, and more than 60 years of making music.

Sir Paul, dressed in a navy Nehru style jacket, kicked off the set with a rendition of The Beatles’ hit Can’t Buy Me Love.

Addressing the crowd, he said: “Good evening Glastonbury – wow man it’s so good to be here – we were supposed to be doing this three years ago.”

Teasing the setlist for the night ahead, Sir Paul added: “We’ve got some old songs, some new songs, some in-betweeners.

“I’ve got a feeling we’re going to have a good time tonight.”

MORE - WATCH: The 151st British Open Golf Championships is happening in Merseyside in 2023 and you could be there

The third song the former Beatle played on the Pyramid Stage was Letting Go, which he released alongside his former band Wings.

He also got the massive audience jiving along as he played his song Come On To Me.

After the song, the musician took off his jacket, saying: “That is the only wardrobe change of the whole evening.”

The singer also paid tribute to the late Jimi Hendrix, calling him a “lovely” and “humble man”. 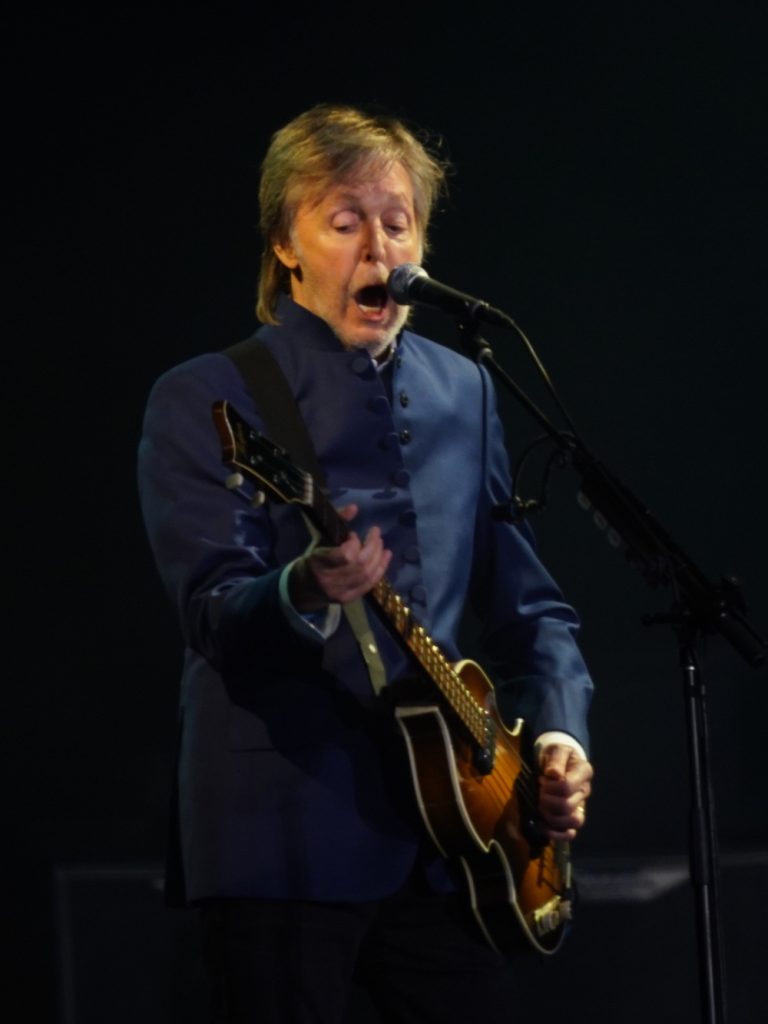 He later dedicated his piano-led version of My Valentine to his wife Nancy, who was watching his Glastonbury set in the audience.

“The next song I’ll do is one I wrote for my wife Nancy, she’s in the audience tonight with us, this one’s for you Nanc,” he said.

Also among the selection of songs was The Beatles’ Fixing A Hole and Let Me Roll It, a song he released with his band Wings.

Following this, he switched his guitar for the piano to play his track Let ‘Em In.

As the sun set over Worthy Farm in Somerset, the crowd swayed in time with the tunes.

Ahead of his history-making set on the Pyramid Stage, Sir Paul delivered a surprise preview performance at an intimate venue in Frome, Somerset, where he played some of his best-known solo material.

Earlier on Saturday, Greta Thunberg has called on society to take on its “historic responsibility to set things right” with the global climate crisis during her speech at Glastonbury.

Speaking from the Pyramid Stage, the 19-year-old environment activist told the crowd she feels there is still hope for the world to choose a path which is “sustainable” and “leads to a future for everyone”.

Ms Thunberg’s speech was followed by a set by pop rock band Haim, with Noel Gallagher’s High Flying Birds taking to the Pyramid Stage after them.

There was also performances from musical stars across the festival’s multiple stages, with US pop star Olivia Rodrigo and rapper Megan Thee Stallion both playing on the Other Stage. 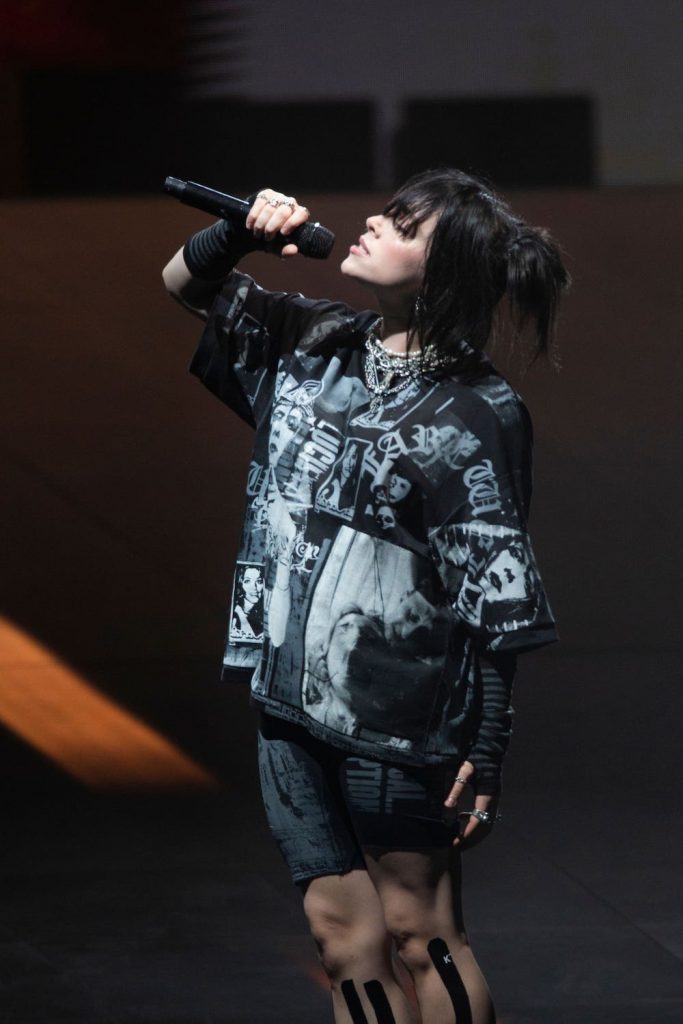 While Mercury-winner Celeste played the West Holts Stage, with The Hoosiers headlining the Avalon Stage and Jessie Ware closing The Park Stage.

Eilish gave an electrifying headline performance on the Pyramid Stage on Friday to end the first day of performances at Glastonbury.

Her appearance was a landmark moment for the festival as she became Glastonbury’s youngest ever solo headliner.

Let us know what you think of Macca at Glastonbury on Twitter HERE.