The BBC Proms are coming to St George's Hall this summer - The Guide Liverpool
Contact Us Advertise with The Guide Our Video Services Follow us:

The 2022 BBC Proms celebrates a homecoming of large-scale orchestral repertoire to the Royal Albert Hall and is coming to St. George’s Hall later this year.

This year’s festival will feature a programme of a scale not heard at the Proms since 2019: the symphonic music of our past responding vividly to the moment, from Verdi’s Requiem on the First Night Of The Proms, to Mahler’s Second Symphony with the London Symphony Orchestra and Sir Simon Rattle, to Beethoven’s Ninth Symphony performed by the Chineke! Orchestra and Chineke! Voices under Kevin John Edusei.

A star-studded roster of soloists including Lise Davidsen, Sheku Kanneh-Mason, Nicola Benedetti, Leif Ove Andsnes, Yuja Wang and Jamie Barton will be joined by celebrated orchestras and ensembles from across the world, including the Berliner Philharmoniker led by Kirill Petrenko, the Philadelphia Orchestra led by Yannick Nézet-Séguin and the Australian World Orchestra led by Zubin Mehta. We also welcome European broadcasting orchestras from Austria, Finland and Germany who join our own BBC Orchestras and Choirs, the beating heart of the Proms. 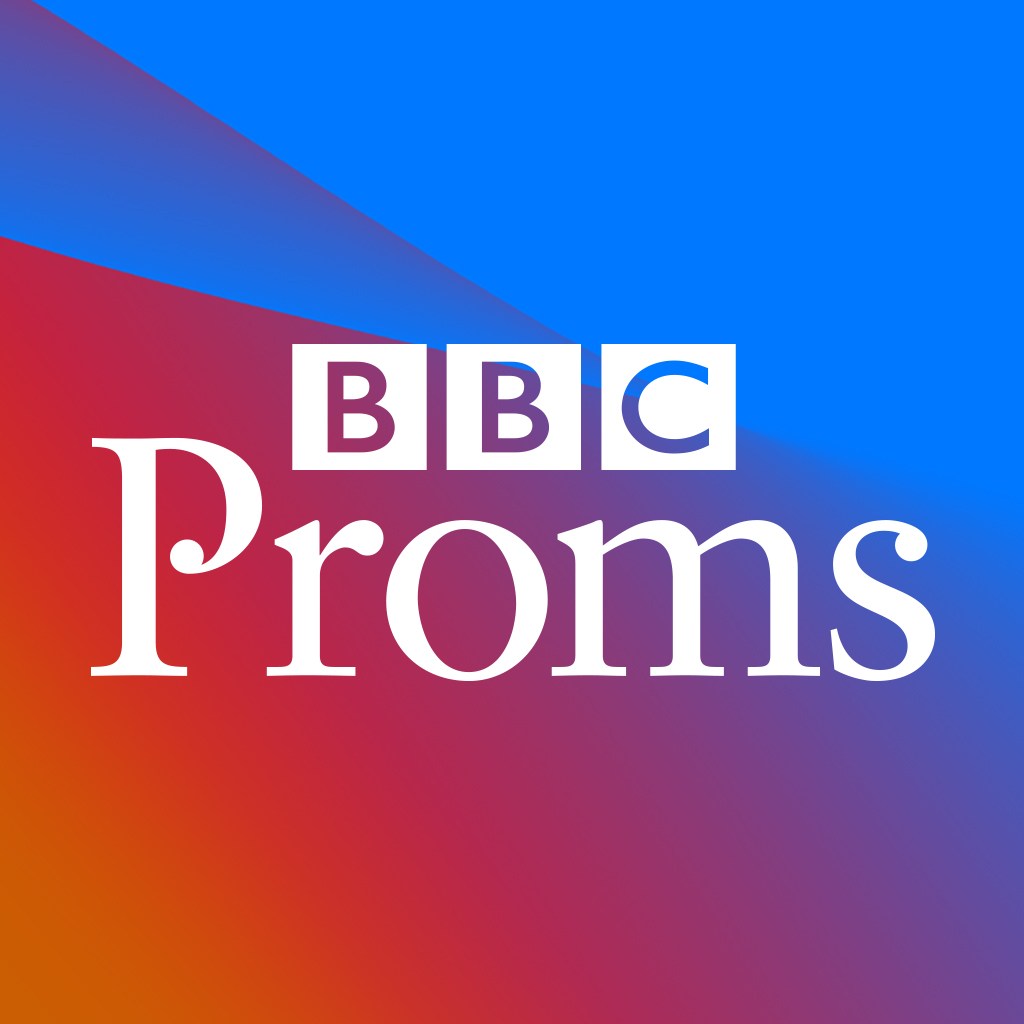 The Proms welcomes the newly formed Ukrainian Freedom Orchestra as part of a European and US tour this summer. Brought together by the Metropolitan Opera, New York, and the Polish National Opera, the brand-new orchestra led by Canadian-Ukrainian conductor Keri-Lynn Wilson includes recently refugeed Ukrainian musicians, Ukrainian members of European orchestras and some of the top musicians of Kyiv, Lviv, Kharkiv, Odesa and elsewhere in Ukraine.

The Ukraine Ministry of Culture is granting a special exemption to military-age male members of orchestras inside the country, enabling them to participate in a remarkable demonstration of the power of art over adversity. Following the inaugural concert in Warsaw the orchestra’s first stop with be in London at the Proms (31 July matinee) ahead of concerts in European destinations including Amsterdam, Berlin, Edinburgh, Hamburg, Munich and Snape Maltings, before culminating with concerts in New York and Washington DC. The Prom will be broadcast on BBC TV. 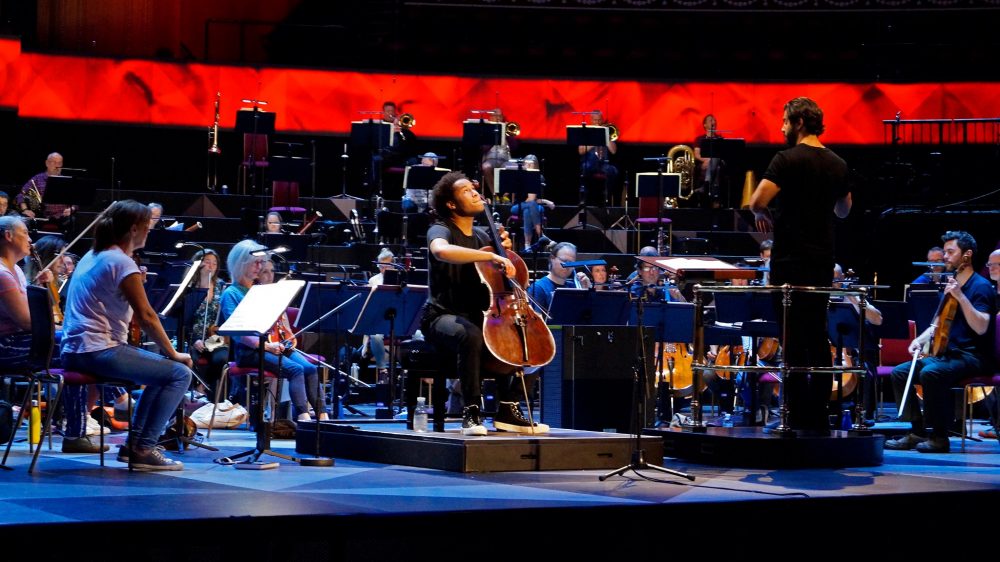 BBC Radio 3 will once again enable the festival to reach millions of people by broadcasting every Prom live, as well as Proms broadcast on Radio 1 Relax, Radio 2 and Radio 6 Music. This year, 22 concerts will be broadcast on TV and BBC iPlayer, from the glittering First Night of the Proms, presented by Clive Myrie, to the world-famous Last Night of the Proms, presented by Katie Derham. TV presenters this year include Clara Amfo, Edith Bowman, Katie Derham, Sian Eleri, Jess Gillam, Georgia Mann, Clive Myrie, Chris Packham and Petroc Trelawny.

This year, the Proms looks back across 100 years of great British broadcasting to commemorate the BBC’s centenary year, and forward to a new generation of music-making, with more than 60 artists making their debuts this summer. In a perfect alignment of values and ambition, the partnership between the nascent BBC and the Proms in 1927 took Sir Henry Wood’s vision of universalising classical music to new heights. In Sir Henry’s words, “With the whole-hearted support of the wonderful medium of broadcasting, I feel that I am at last on the threshold of realising my lifelong ambition of truly democratising the message of music, and making its beneficent effect universal.”

MORE - The Oliver King Foundation celebrates key milestone as 4,000 defibrillators are installed across the UK

Marking the BBC’s centenary is the world premiere of This New Noise, a multimedia commission from cult band Public Service Broadcasting, featuring rare material from the BBC archives. This year’s festival will also stage a series of concerts in collaboration with beloved BBC brands: Radio 1 Relax, CBeebies and the BBC Natural History Unit for our first ever Earth Prom presented by Chris Packham, exploring the work of the NHU who first broadcast David Attenborough’s earliest adventures.

The Proms continues to explore new genres and venues. Stand-out moments include a genre-defying Prom with English National Opera in the spectacular space of Printworks London, printing plant turned club venue, which will host an immersive spectacle of music, dance, theatre, video, audio soundscapes and haute couture featuring contrasting works by Philip Glass and Handel. This year’s festival will also stage the first ever Gaming Prom: From 8-Bit to Infinity, presented by the Royal Philharmonic Orchestra under Robert Ames, who will explore the sound-worlds of video games; a Prom dedicated to the musical genius of Aretha Franklin, Queen of Soul; a showcase of South African jazz, featuring Mercury Prize-nominated singer ESKA and double MOBO Award-winning saxophonist Soweto Kinch; and Proms debuts from stars across a wide range of genres, including Tony, Grammy and Emmy award-winning singer Cynthia Erivo, and Indian sarod maestro Amjad Ali Khan. 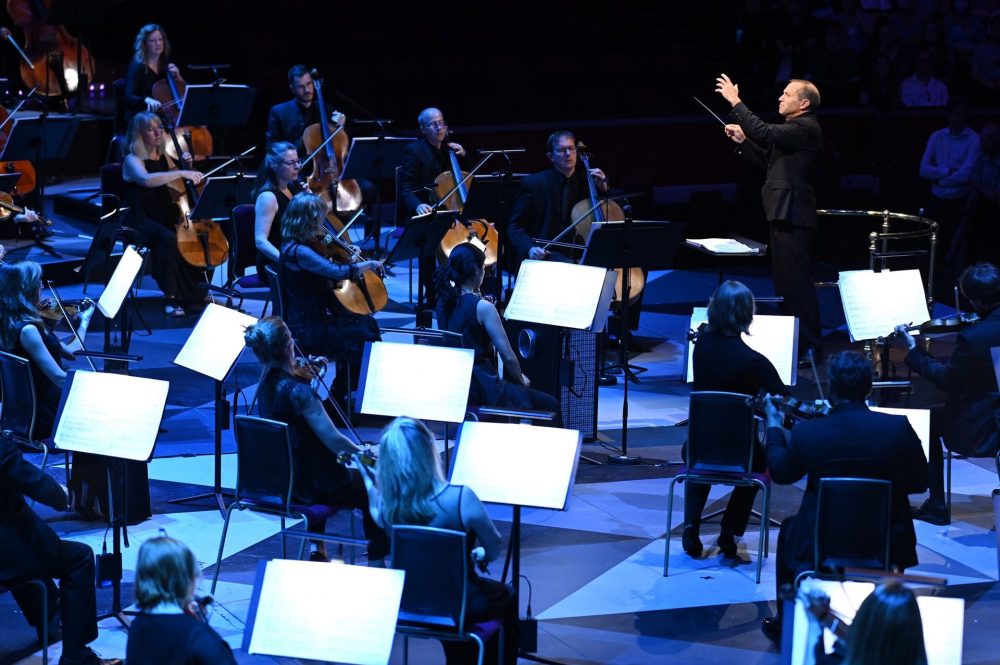 To mark the Queen’s Platinum Jubilee, the BBC Concert Orchestra will present a Prom celebrating the long and fruitful relationship between music and monarchy from Handel’s Water Music to a new commission from British composer Cheryl Frances-Hoad.

The season culminates in the celebratory Last Night of the Proms with the BBC Symphony Orchestra and Chorus and BBC Singers. This year’s festival finale is led by Dalia Stasevska, who is joined by star soloists Sheku Kanneh-Mason and Lise Davidsen, with a world premiere by fast-rising British composer James B. Wilson. 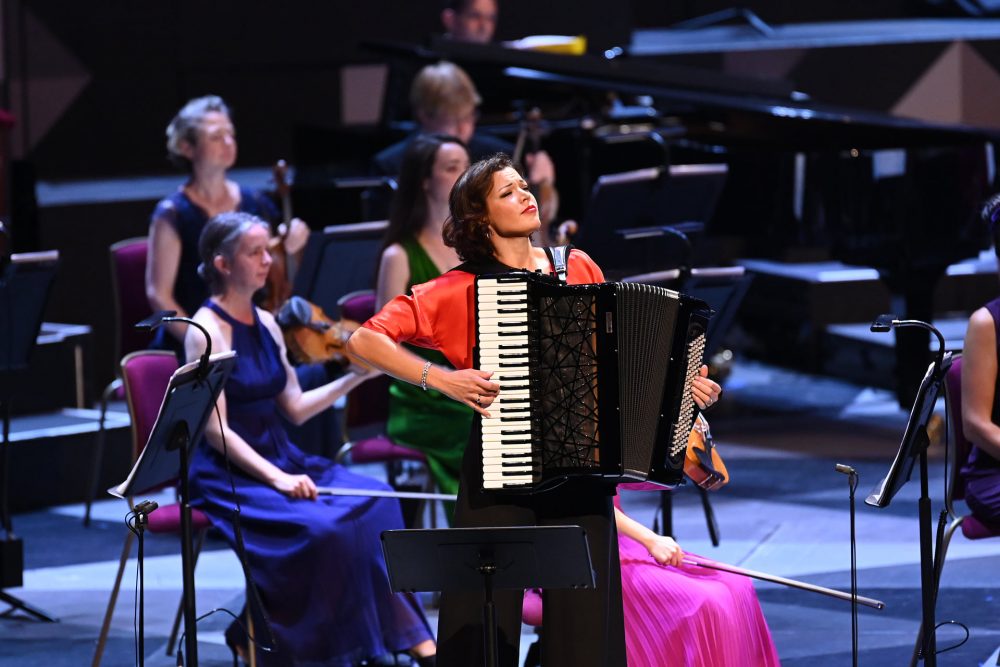 “It is a momentous year for the world’s largest classical music festival. I’m delighted that large-scale orchestral and choral repertoire will once again be heard in the Royal Albert Hall, and that we can celebrate the return of international orchestras. In the BBC’s centenary year, we can be proud that the Proms has been a part of the organisation for 95 of those 100 years, playing a key role in the Corporation’s mission to inform, educate and entertain. After two adapted seasons, we look forward to welcoming audiences back this summer for eight glorious weeks of music making.” 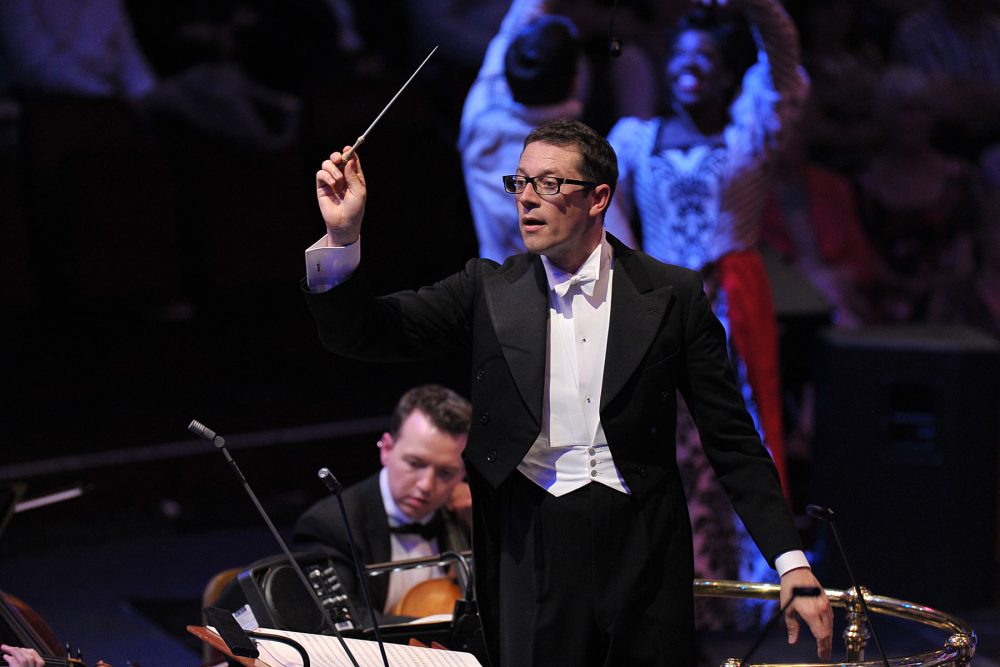 Bringing the joy of classical music to as wide an audience as possible remains an integral part of the Proms’ mission and this year we have an increase in the number of Relaxed performances. For the first time ever, the Proms is taking its successful chamber music series, established in 1996, across the UK, visiting all four nations. An array of world-class soloists and ensembles will perform repertoire ranging from Haydn to Xenakis in Belfast, Birmingham, Bristol, Cardiff, Glasgow, Liverpool (22 August at St. George’s Hall), London and Truro. The Proms is also delighted to announce a new partnership with Sage Gateshead, which will host a main-evening Prom conducted by Dinis Sousa with the Royal Northern Sinfonia, joined by members of folk ensemble Spell Songs and a large-scale choir of young singers from across the North-East, Voices of the River’s Edge, who have been brought together specially for this concert.

Throughout its 127-year history, the Proms has been at the forefront of musical innovation. This year, the festival will premiere 24 new works, 17 of which are commissioned by the BBC. New music highlights include a major new work by Oscar-winning Joker composer Hildur Guðnadóttir, a new harp concerto by Sally Beamish, an elementally charged new work from Anna Thorvaldsdottir entitled ARCHORA, and the world premiere of Geyser by virtuoso jazz saxophonist Marius Neset.

Innovation, imagination and a reflection of today’s audiences are at the heart of the first-ever BBC Open Music Prom. There will be an immersive concert, devised and produced by a specially selected group of creative people from a wide range of artistic backgrounds who are taking part in the BBC’s Open Music training and mentoring scheme. Earlier in the season, a Prom at Battersea Arts Centre showcases new commissions specially written by recent winners of the BBC’s Young Composer competition. 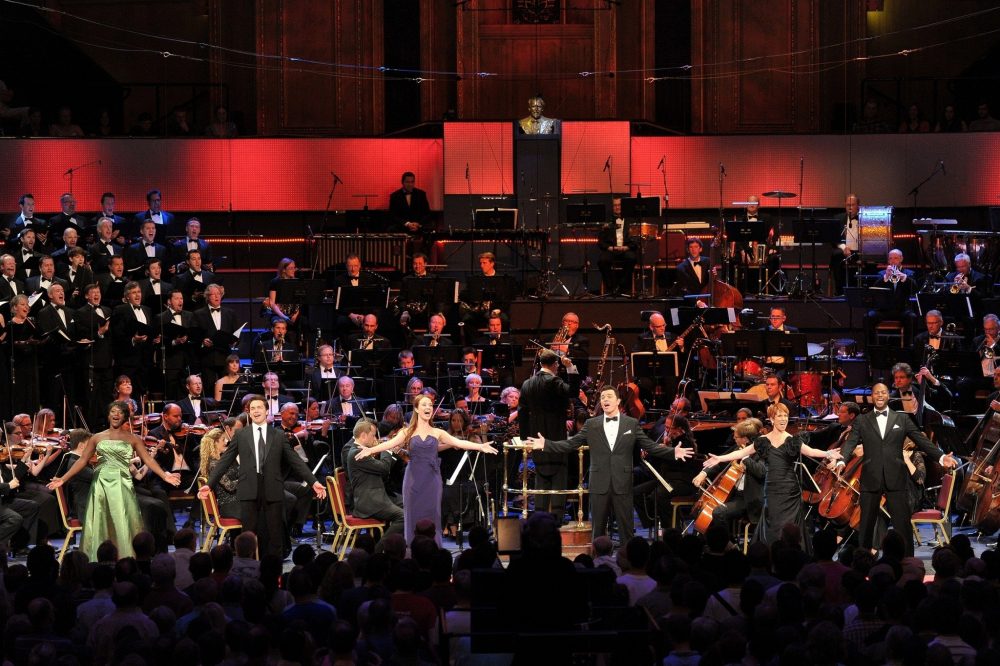 The 2022 Proms marks the 150th anniversary of Ralph Vaughan Williams’s birth. Popular favourites such as the soaring The Lark Ascending and the haunting Tallis-inspired Fantasia will take their place alongside the visceral Fourth Symphony and the rarely heard concertos for oboe and tuba. Other composer anniversaries include César Franck at 200, Iannis Xenakis at 100, George Walker at 100 and British composer Doreen Carwithen at 100, part of the Proms’ ongoing initiative to celebrate and showcase female pioneers from the past. The 2022 Proms also shines a spotlight on the extraordinary musical life of Ethel Smyth, whose ‘March of the Women’ was premiered at the Royal Albert Hall in 1911 and became the anthem of the Suffragette movement.

This season, the Proms looks beyond the piano and violin to concertos that spotlight more unusual ‘Cinderella’ instruments. This strand will feature concertos for theremin, tuba, flute, oboe, horn, viola, harp, percussion, trombone and brass band – highlighting both the instruments and the individual players who have championed them. Many make their Proms debut as soloists, including trombonist Peter Moore and Caroline Eyck, one of the world’s foremost theremin players. 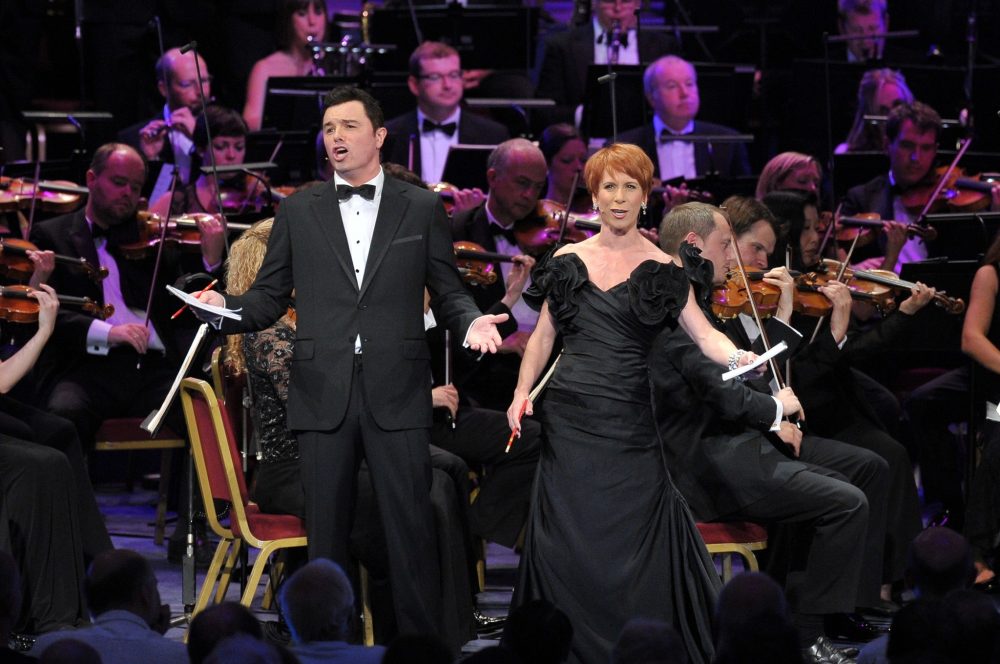 “Last year marked an early and significant coming-together for audiences and artists alike, despite uncertainty as to the continuing impact of the Covid-19 pandemic. This year we want audiences everywhere to know that the joy and communion of live music-making is back. With more ways than ever for people to enjoy the events in person, on radio, television and online, the BBC’s on-going commitment to running the biggest classical music festival in the world allows the Proms to be one of the most inclusive musical experiences anywhere. Every concert can be heard on Radio 3 and BBC Sounds, and 22 can be seen on TV and BBC iPlayer too.”

Tickets for the Liverpool BBC Proms show go on sale 21 May – book through the St George’s Hall website here.