The Responder on BBC One: Everything you need to know about the Liverpool-based police drama filmed in the city - The Guide Liverpool
Contact Us Advertise with The Guide Our Video Services Follow us:

The Responder on BBC One: Everything you need to know about the Liverpool-based police drama filmed in the city

The Responder starts tonight on BBC One

Starring Martin Freeman as lead character Chris Carson, The Responder is one of the most hotly-anticipated dramas of the year so far.

So as we all get ready to cosy up for the BBC One five-parter, filmed in and around Liverpool, here’s everything you need to know…

What is the responder about?

The Responder is a darkly-funny, challenging and yet tragic drama which aims to hold a mirror up to the emotional extremes of life on the front line of British policing.  It follows Chris Carson, a crisis-stricken, morally compromised, unconventional urgent response officer tackling a series of night shifts on the beat in Liverpool.

While trying to keep his head above water, both personally and professionally, Chris is forced to take on a new rookie partner Rachel, and they both discover that survival in this high pressure night-time world will depend on them either helping each other – or destroying each other.

MORE - The Responder: Martin Freeman says cracking the Scouse accent for new police drama was like passing a test

Who stars in it?

There’s a star-studded cast supporting Freeman who’s famous for films like The Hobbit, and TV series from The Office to Sherlock. Among them, Adelayo Adedayo who plays Rachel, and MyAnna Burin who plays his wife, Kate.

* Chris Carson is a first responder, reacting to emergency calls coming in through the night. Demoted from Detective Inspector to PC for perceived corruption three years previously, he’s been pushed to the edge. He’s desperately trying to hide his mental health issues from his wife and daughter while seeing a work-mandated therapist, but the job, plus his relationship with Carl, a childhood friend and local drug dealer, is pushing him to a place where he thinks the best thing for everyone is if he leaves.

* Kate Carson, is a widow to the job, spending night after night alone and worrying about Chris. The more she tries to get him to open up about his problems, the more he backs away from her. She tries to keep her feelings locked away for fear the truth may destroy Chris and their marriage.

* Ray Mullen (Warren Brown) is the man who got Chris demoted. Certain that the corruption in Chris’ squad was down to Chris’ own corruption, Mullen informed on him and was furious when he was only demoted, and not fired. He hates Chris with a vengeance and wants to see him kicked out the force for good.

* Rachel Hargreaves is Chris’ new nightshift partner. Two weeks into the job she has a clear sense of right and wrong and is horrified to find herself partnered with a man whose attitude to life, and policing, couldn’t be more different.

* Casey (Emily Fairn) is a young heroin addict whose life Chris becomes obsessed with saving, but she’s far more resilient than the victim she appears to be.

* Marco (Josh Finan) is a young weed-selling-track-suit-stealing-father-of-one teenager who Chris mines for information and forces to help him. He’s untrustworthy, but he’s instinctive and smart and ultimately street wise, and an unlikely ally for Chris and Casey.

* Carl Sweeney (Ian Hart) – Chris’ childhood friend and local drug-dealer is more than just another street-crim hard man. He’s happily married and bringing up a young daughter, providing for his family but with a knife to his throat that’s driving him hard from an unlikely source who is the gateway for drugs coming into Liverpool.

Who wrote The Responder, and how did it come about?

The Responder was written by Liverpool writer Tony Schumacher, himself a former police responder.

He says: “A responder is someone who never gives you good news; somebody who kicks in doors, races round town centres and who fights literal, and sometimes metaphorical, fires. When I first joined the police, an old bobby said to me, ‘you will never knock on someone’s door and tell them they’ve won the lottery’. You are only ever going to deliver bad news in this job; so it’s a big responsibility to take on but it’s incredibly exciting.

“I quit the police because I was cracking up in the police force and I had this overwhelming urge to write. I was really struggling, mentally, and I needed to get away and find myself, but I also needed to buy dog food so I became a taxi driver. It was during that time I learnt to become a writer. I wrote three books, sold them to Harper Collins, and they did okay. That allowed me to become a full-time writer. 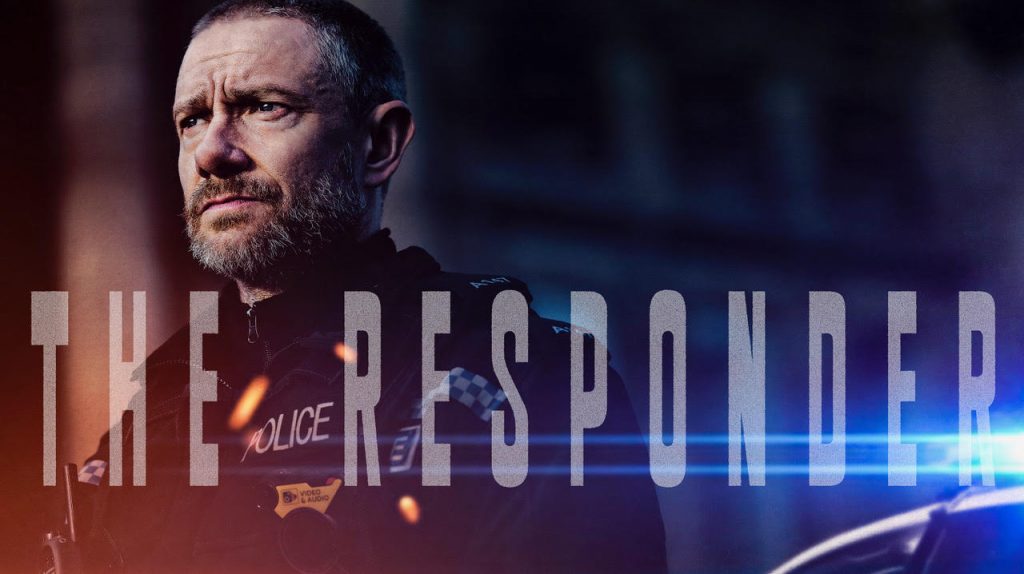 Who produced and directed The Responder – and what else have they done?

It has a good pedigree in production company Dancing Ledge Productions who brought us The Salisbury Poisonings. It is directed by Tim Mielants who directed The Terror, Legion, and, notably, Peaky Blinders; and it is produced by Rebecca Ferguson, noted for The Trial of Christine Keeler, Cold Feet, and Next of Kin.

It secured funding and support from the Liverpool Film Office through the LCR Production Fund.

When does it start?

The series begins on Monday, January 24, at 9pm (BBC One and BBC iPlayer).