The Women's Org teams up with Merseyrail to raise the voices of local women for International Women's Day 2021 - The Guide Liverpool
Contact Us Advertise with The Guide Our Video Services Follow us:

Won’t Be the Last’ theme marks the 110th International Women’s Day celebrations at The Women’s Organisation.

The Women’s Organisation partners with Merseyrail and international advertising giant, JC Decaux to raise the voices of local women with an International Women’s Day 2021 campaign.

Drawing inspiration from the US Vice President Kamala Harris’ victory speech in which she said: “I may be the first women in this office, I won’t be the last.”, The Women’s Organisation IWD campaign is kick starting a weeklong celebration by highlighting the faces and voices of local, inspirational women.

To mark the 110th annual celebration, which falls on Monday 8th March, the national campaign will feature on digital boards and online.

“We are delighted to support this campaign, showcasing inspirational women and celebrating International Women’s Day across the public screen of Out-of-Home, bringing this important message of empowerment to women across the city centre of Liverpool.” 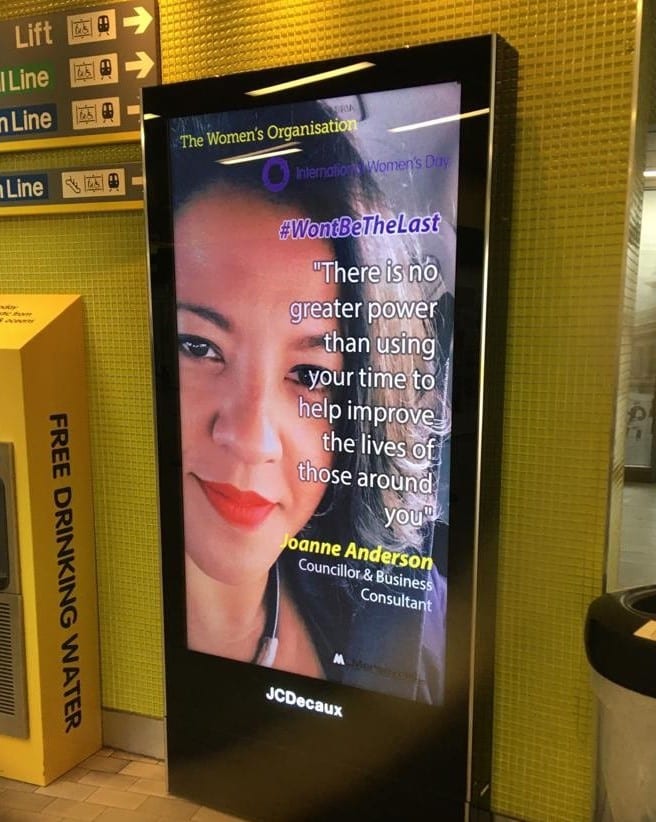 “When we were asked to be part of this campaign, we jumped at the chance to celebrate the incredible women of the Liverpool City Region.

“International Women’s Day is an important date in the calendar to inspire all women believe in themselves and their own ability – something we are very passionate about at Merseyrail.”

Starting on Friday 5th March, the campaign aims to showcase the incredible achievements of women of all ages, industries and diverse backgrounds and the positive messages of empowerment they have to share with others.

People are bring encouraged to get involved take a snap and share their own inspirational quotes and stories on social media using the hashtag #IWD21 and #WontBeTheLast.

The digital campaign continues across The Women’s Organisation social media and our national and international partners channels throughout the week, with more than 30 inspirational women adding their voices to the #WontBeTheLast Campaign.

A pioneer in its own right, The Women’s Organisation, which has helped more than 70,000 women since 1996, says many women have opened the doors as ‘the first’ in their field, and this year is asking what needs to be done to ensure they’re not the last.

“We are delighted to be working with Merseyrail and JC Decaux to shine a light on so many influential women and ensure their messages of support are seen locally, nationally and internationally.

Galvanising women to access education and training opportunities while boosting their self-esteem and wellbeing is vitally important if we’re to see positive changes in our local communities. 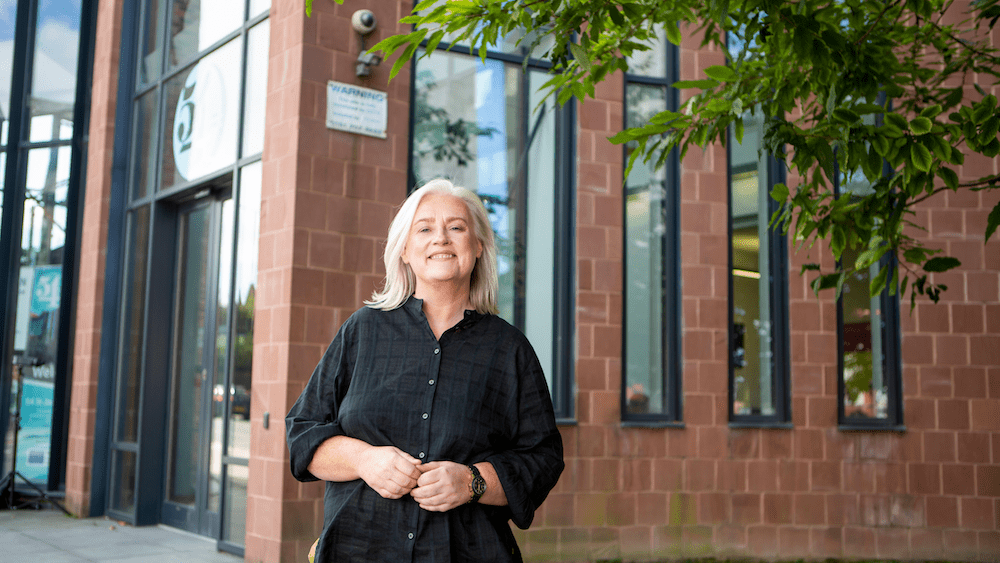 We want all women to thrive and by celebrating International Women’s Day, making our voices heard and sharing the stories of the women who have faced adversity and carved their own path, we’re ensuring they won’t be the last.”

In addition to the digital campaign, The Women’s Organisation is also hosting its own IWD2021 event on Monday 8th March featuring an inspirational guest panel, which sold out in record time.

Chrissi McCarthy, managing director of Constructing Equality and Natalie Denny, founder of The Goddess Projects, Skywriters and more, will be joined by Weaver, chief officer of Cheshire Association of Local Councils who was the star of the infamous “you have no authority here, Jackie Weaver’ Handforth Parish Council Zoom meeting that went viral across the world.

The #WontBeTheLast panel is set to inspire and encourage attendees to ask how can we encourage more women to follow their path and become leaders in their own right?

“Celebrating our sisters on 8th March is an honour and we pay tribute to how far we’ve come thanks to their struggle. The other focus of the day is how we proceed to make inequality a thing of the past.” 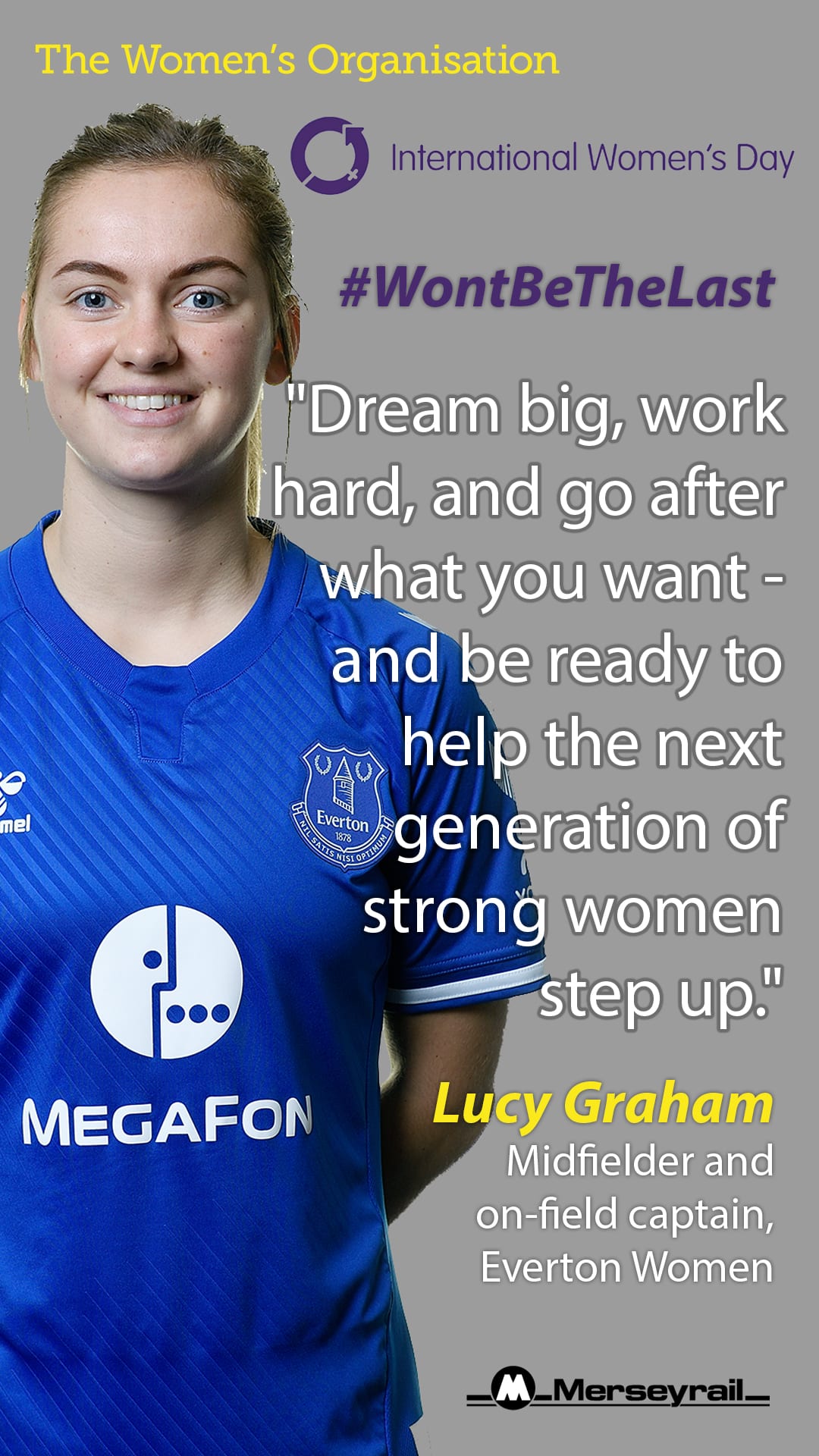 International Women’s Day has taken place for more than a century, with the first event held in 1911. The date is a global marker, celebrating the social, economic, cultural and political achievements of women. But it also marks a call to action to accelerate gender parity.

Increasingly, significant activity is witnessed worldwide as groups come together to celebrate women’s achievements, or rally for women’s equality.

This year, the international theme is #ChoosetoChallenge. Women can choose to challenge and call out gender bias and inequality and choose to seek out and celebrate women’s achievements to help to create an inclusive world.