These are the famous faces rumoured for I’m A Celebrity…Get Me Out Of Here? - The Guide Liverpool
Contact Us Advertise with The Guide Our Video Services Follow us:

These are the famous faces rumoured for I’m A Celebrity…Get Me Out Of Here?

These are the celebs tipped to be taking part in this year’s I’m A Celebrity…Get Me Out Of Here which will be filmed for the first time in the UK.

Gwrych Castle in Wales will be home to the new series of I’m A Celeb, rather than the usual location in the Australian jungle due to coronavirus restrictions. The show will begin on November 15.

The full line-up for the ITV programme will officially be revealed in a special episode which airs on November 8.

Here is a look at all the stars who have reportedly signed-up for this year’s series: 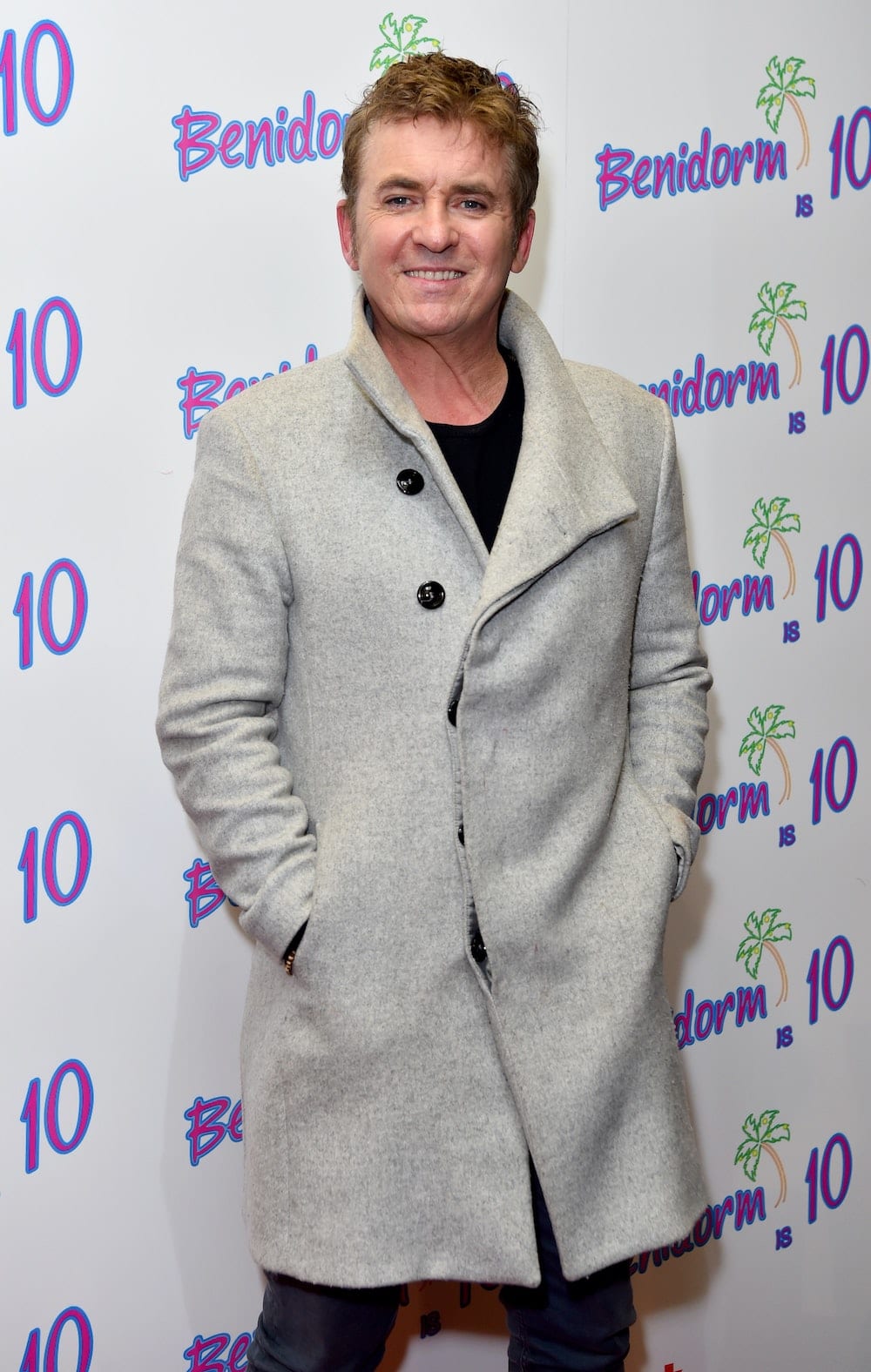 The singer, presenter and comedian is best known for his portrayal of Alfie Moon in EastEnders.

He joined the soap in 2002 and has appeared on and-off in Albert Square as recently as 2019.

He also starred in the spin-off Redwater, about Alfie and his wife Kat Slater, played by Jessie Wallace.

He has also hosted game shows including Reflex, Win Your Wish List and Decimate and appeared in musicals including Grease and Scrooge: The Musical.

The line-up will be confirmed during I’m A Celebrity… A Jungle Story on Sunday November 8 at 8.10pm on ITV. 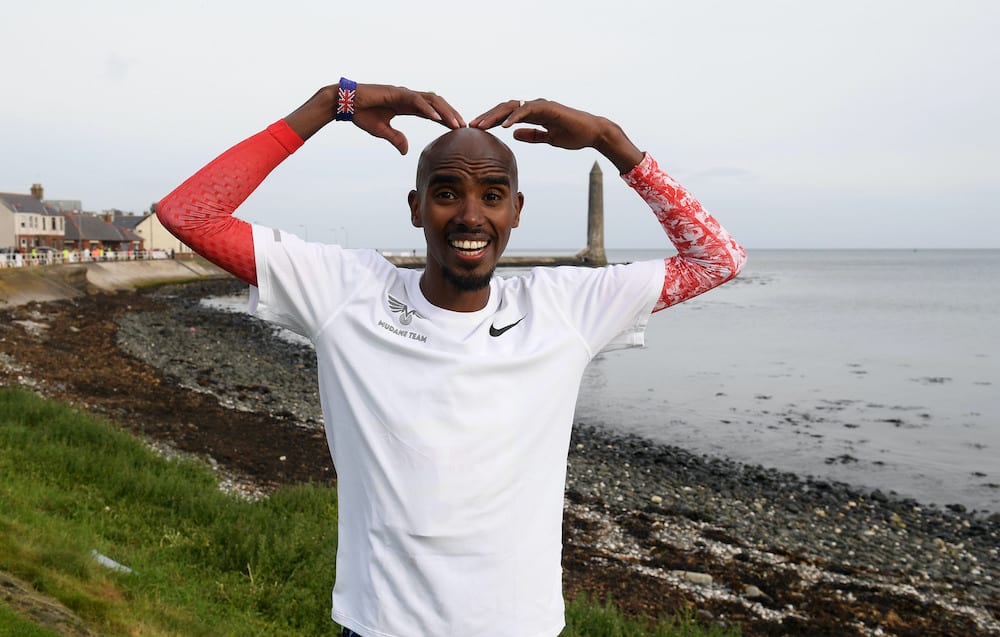 The long distance runner is the most successful British track athlete in modern Olympic Games history.

He was knighted by the Queen at Buckingham Palace in 2017. 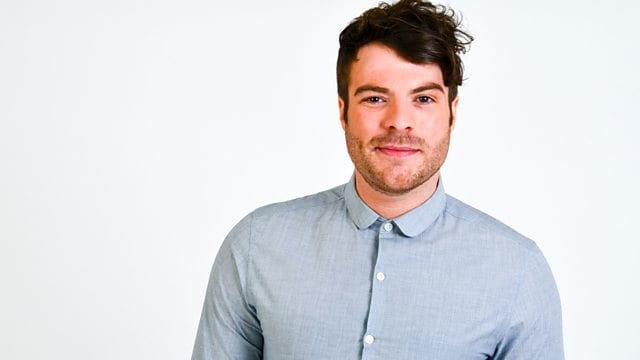 The BBC Radio 1 DJ first presented on the station in 2014 and was one of the people who stood in for Matt Edmondson during September 2017.

He was announced as the new host for the Greatest Hits show on Sunday mornings in 2018 and recently took over the 11am-1pm weekend slot.

He also co-hosts the advice podcast Help I Sexted My Boss along with etiquette expert William Hanson. 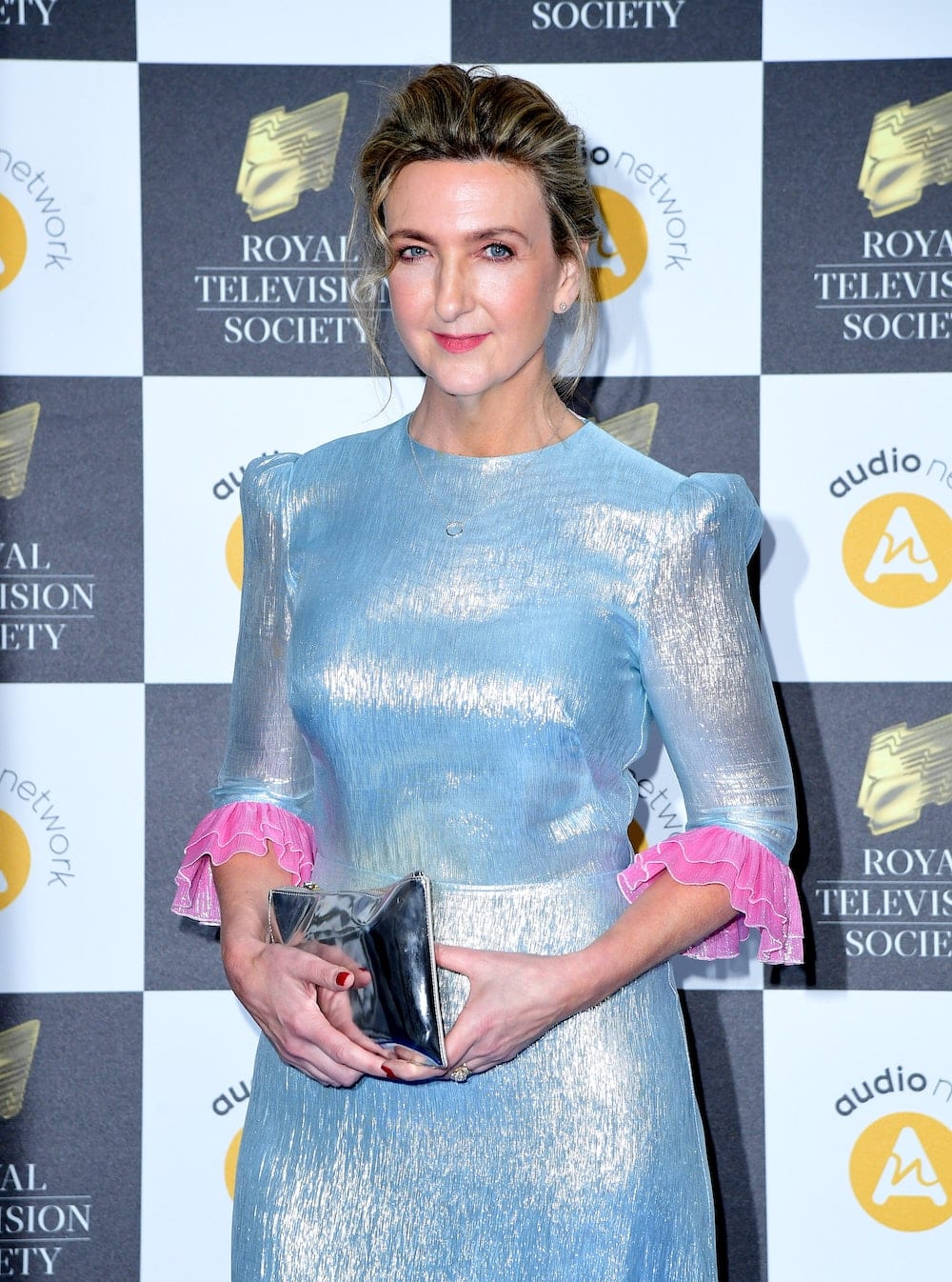 The BBC broadcaster presented her self-titled current affairs programme on BBC Two until earlier this year.

After it was leaked that the show would be axed, the journalist said she was “absolutely devastated.”

She has also presented Newsnight and BBC Panorama and is the regular host of BBC News at Nine on BBC One and the standard edition of BBC World News.

In August 2015 Derbyshire announced on Twitter that she had been diagnosed with breast cancer and would be having a mastectomy.

She recorded video diaries about her cancer treatment which went viral and were viewed millions of times. 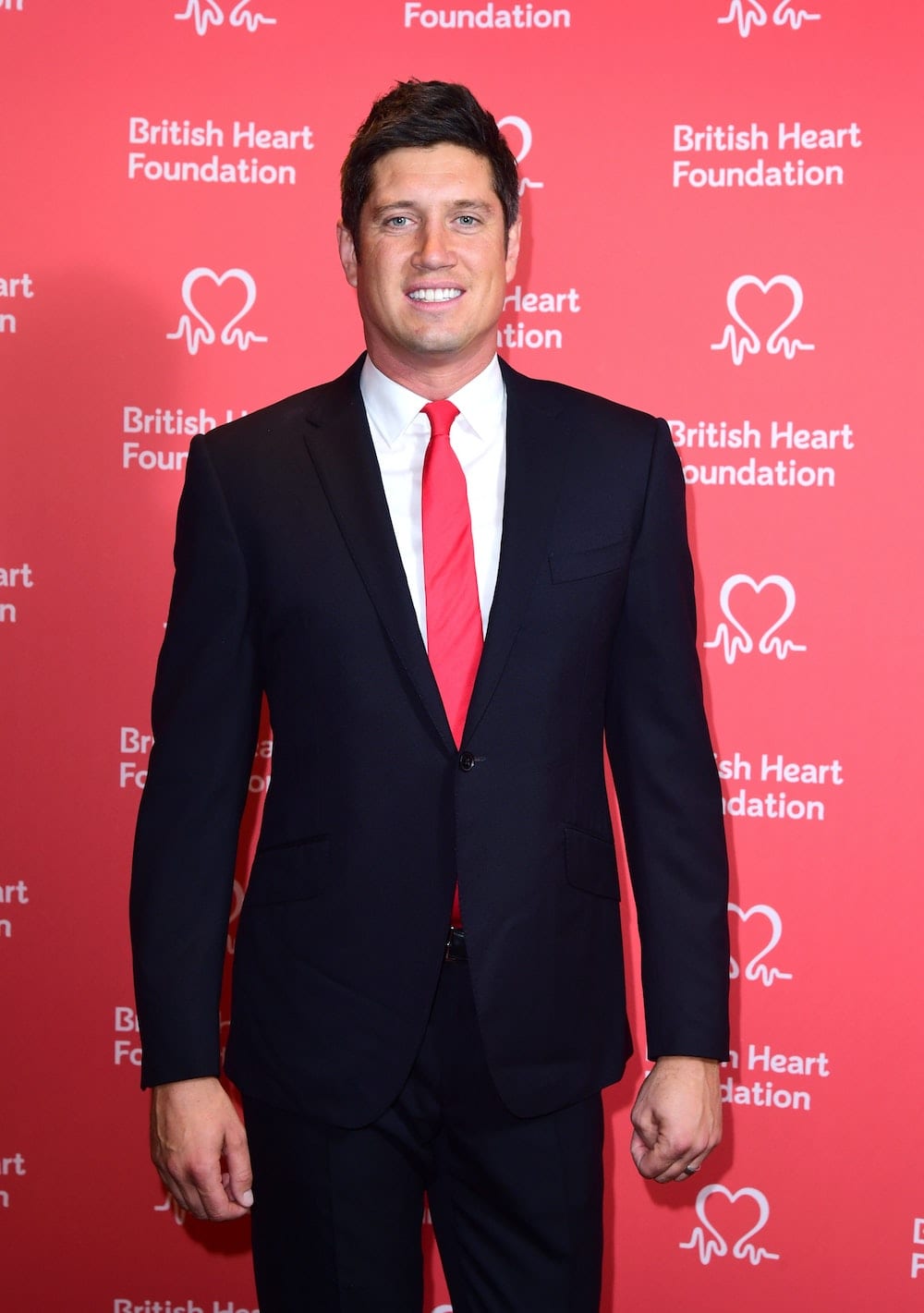 Since then Kay, who is married to Strictly Come Dancing presenter Tess Daly, has hosted shows including All Star Family Fortunes, Beat the Star and Splash!, The Whole 19 Yards, Home For the Holidays, Let’s Get Gold and 1000 Heartbeats. 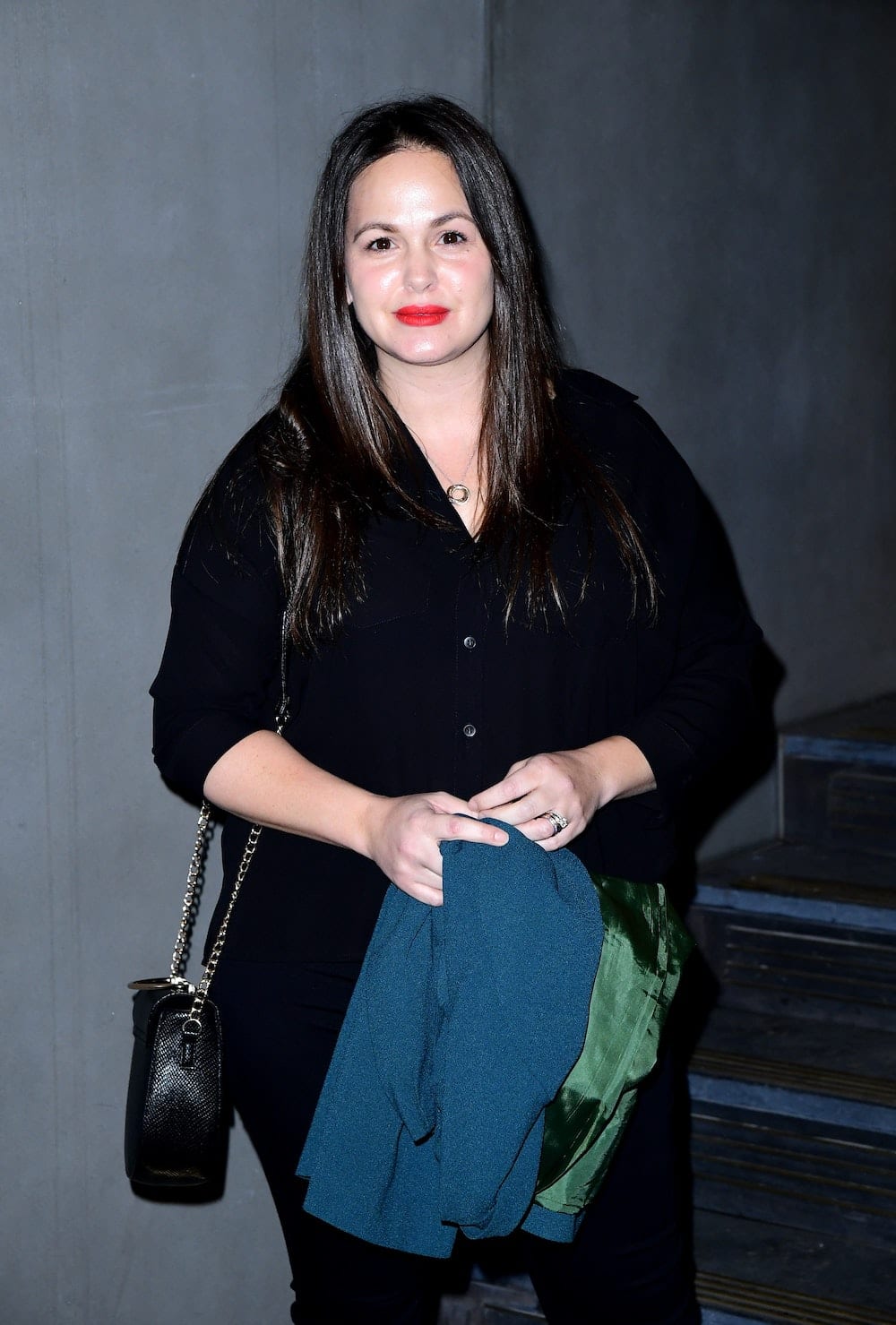 The author and podcast host is best known for her parenting content, Happy Mum, Happy Baby, which is a hit non-fiction book and podcast, in which she interviews famous mothers including the Duchess of Cambridge.

She has also written novels Billy and Me, You’re the One That I Want, Dream a Little Dream and Always with Love.

Her brother is The Only Way Is Essex star Mario Falcone and she is married to McFly star Tom Fletcher, with whom she shares sons Buzz, Buddy and Max. 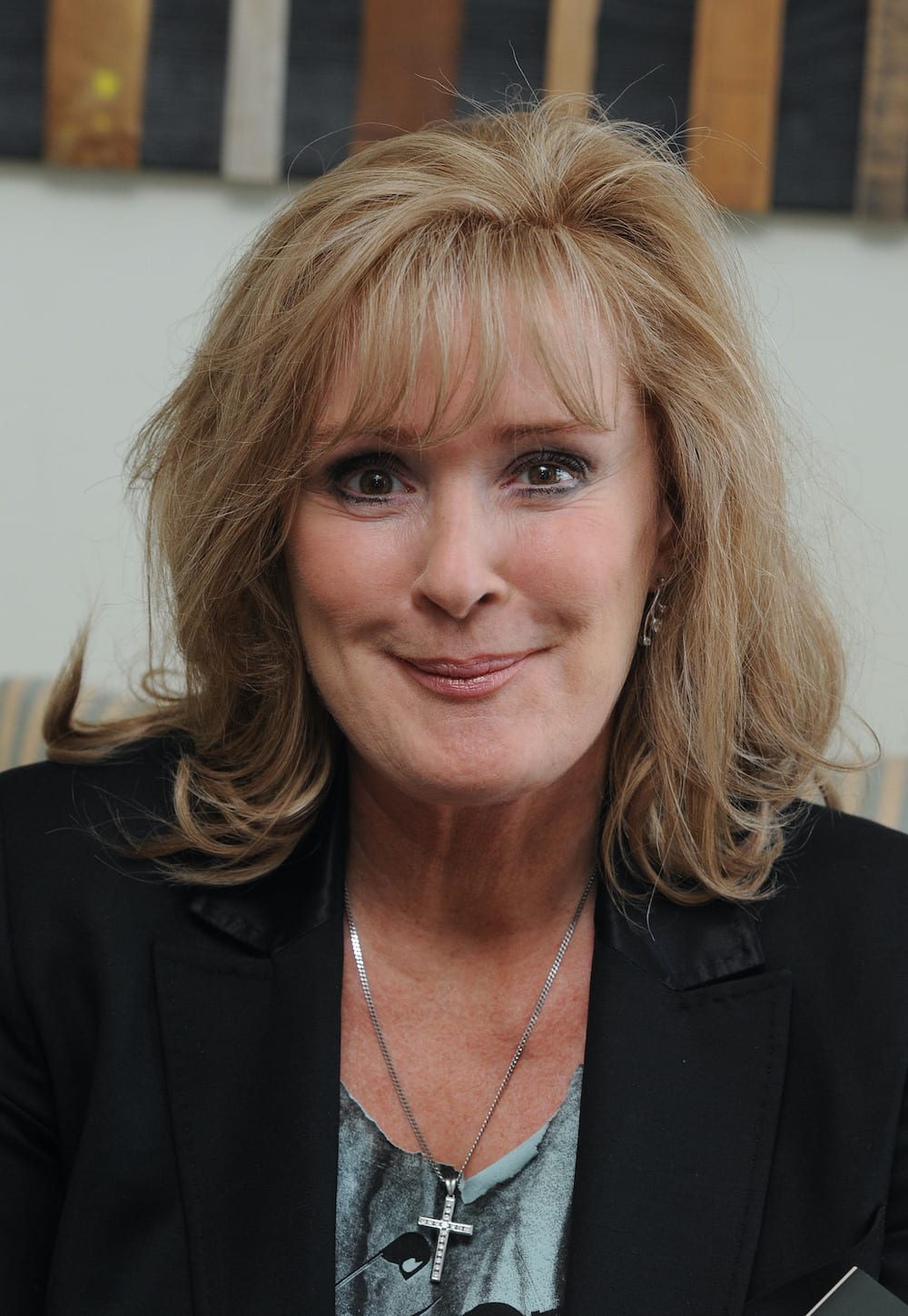 A fixture behind the bar of the Rovers Return, Liz has been at the centre of a number of dramatic storylines, including abuse, infidelity and kidnapping.

Before that she had made a brief appearance on the cobbles in 1984 as Gail and Brian Tilsley’s friend June Dewhurst.

Callard has also appeared on Emmerdale played Flo Henshaw in Two Pints of Lager and a Packet of Crisps. 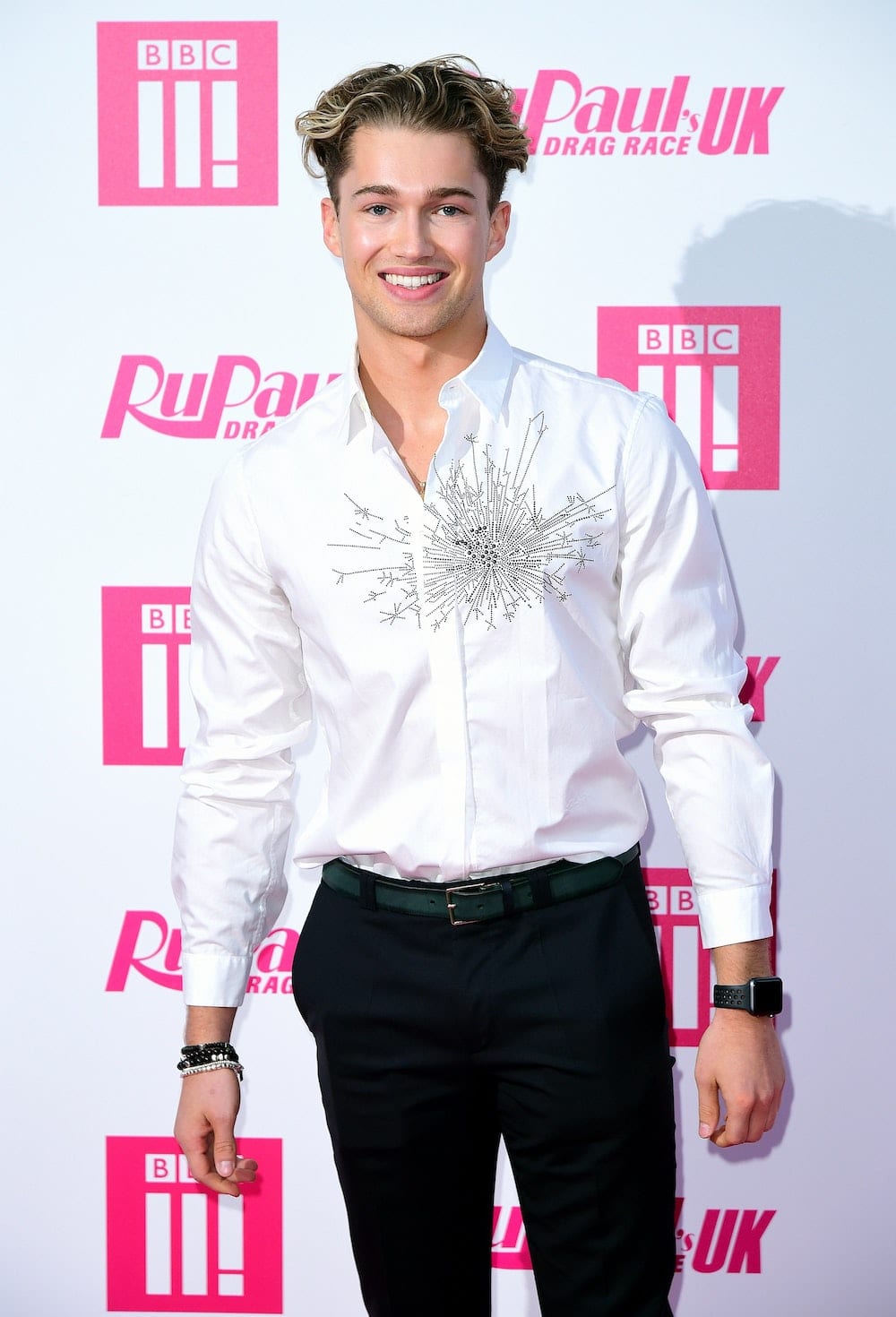 The former Strictly Come Dancing star, the brother of Love Island star Curtis Pritchard, joined the BBC’s flagship entertainment show in 2016, when he was paired with Olympic gymnast Claudia Fragapane.

Before that he auditioned for the seventh series of Britain’s Got Talent in 2013, along with his partner Chloe Hewitt, and reached the semi-finals.

He had been confirmed to star in the 2020 professional line-up but announced earlier this year that he was leaving the show to pursue a presenting career. 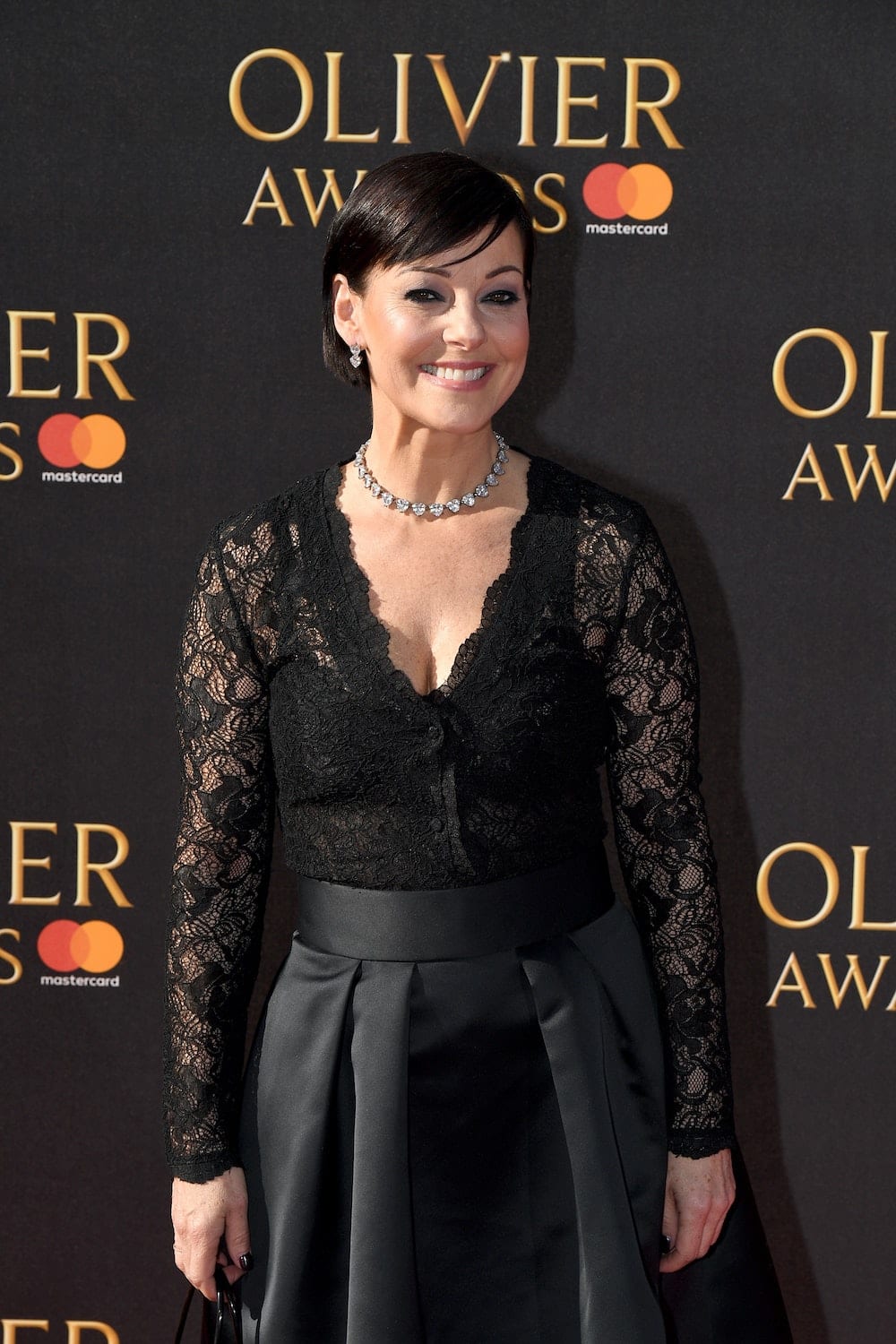 The stage star is best known for her work in musical theatre and made her West End debut was in Cats, where she played a variety of roles including Jemima, Demeter, Jellylorum, Griddlebone and the leading role of Grizabella.

She then joined the world premiere cast of Miss Saigon, taking over the role of Ellen and later took over as Fantine in the West End production of Les Miserables.

Other significant roles include Nancy in Oliver! at the London Palladium, Roxie in the original London company of the revival of Chicago and Mrs Wilkinson in Billy Elliot. 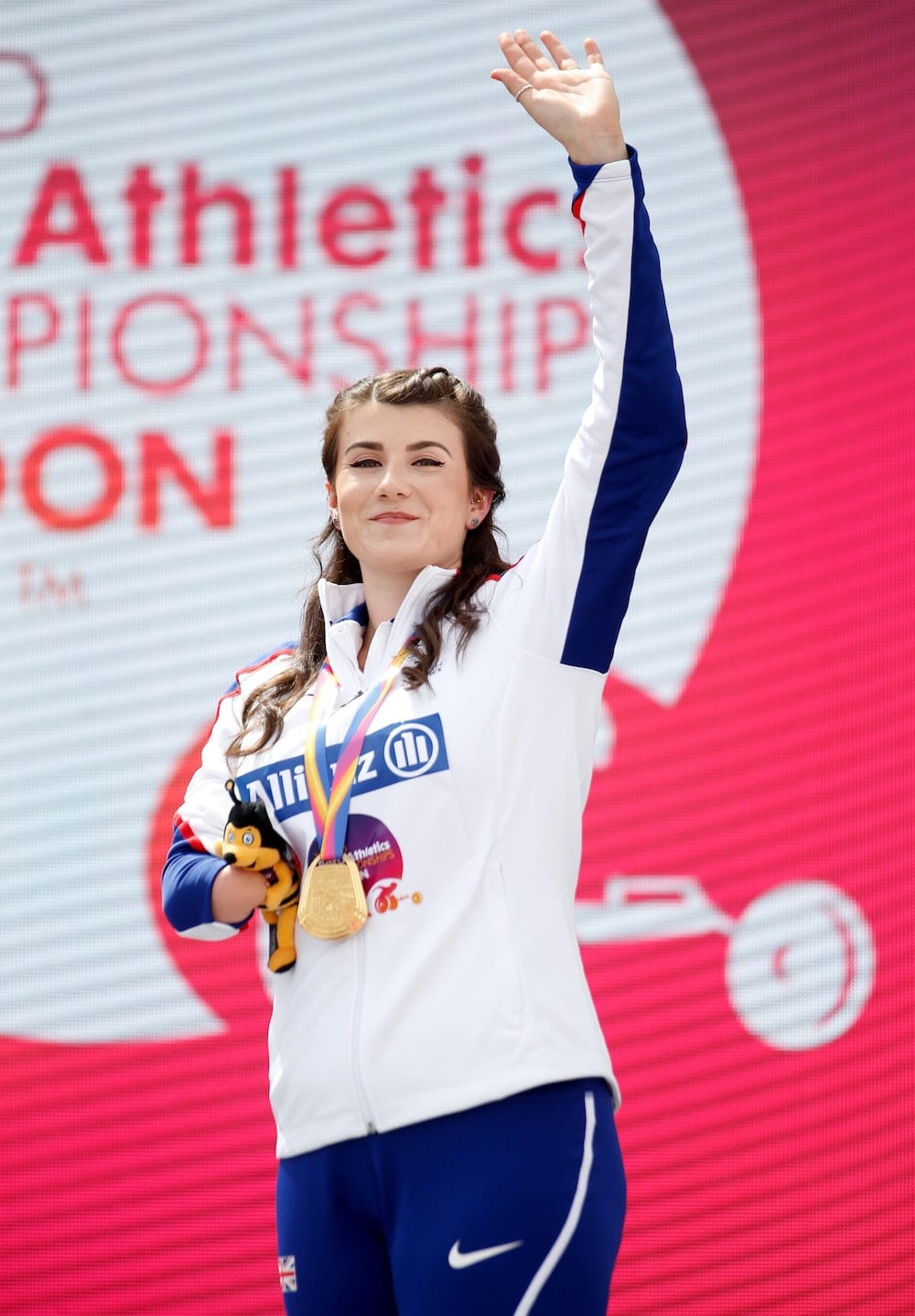 The Paralympic gold medallist and F46 javelin thrower was the youngest member of the Great Britain athletics team at the 2008 Paralympic Games in Beijing when she was 14 years.

Arnold, who has a congenital limb deficiency, took up the sport at age 11 at Cleethorpes Athletics Club in Grimsby.

She won her gold medal at the 2016 Summer Paralympics in Rio de Janeiro with a world record throw of 43.01 metres. 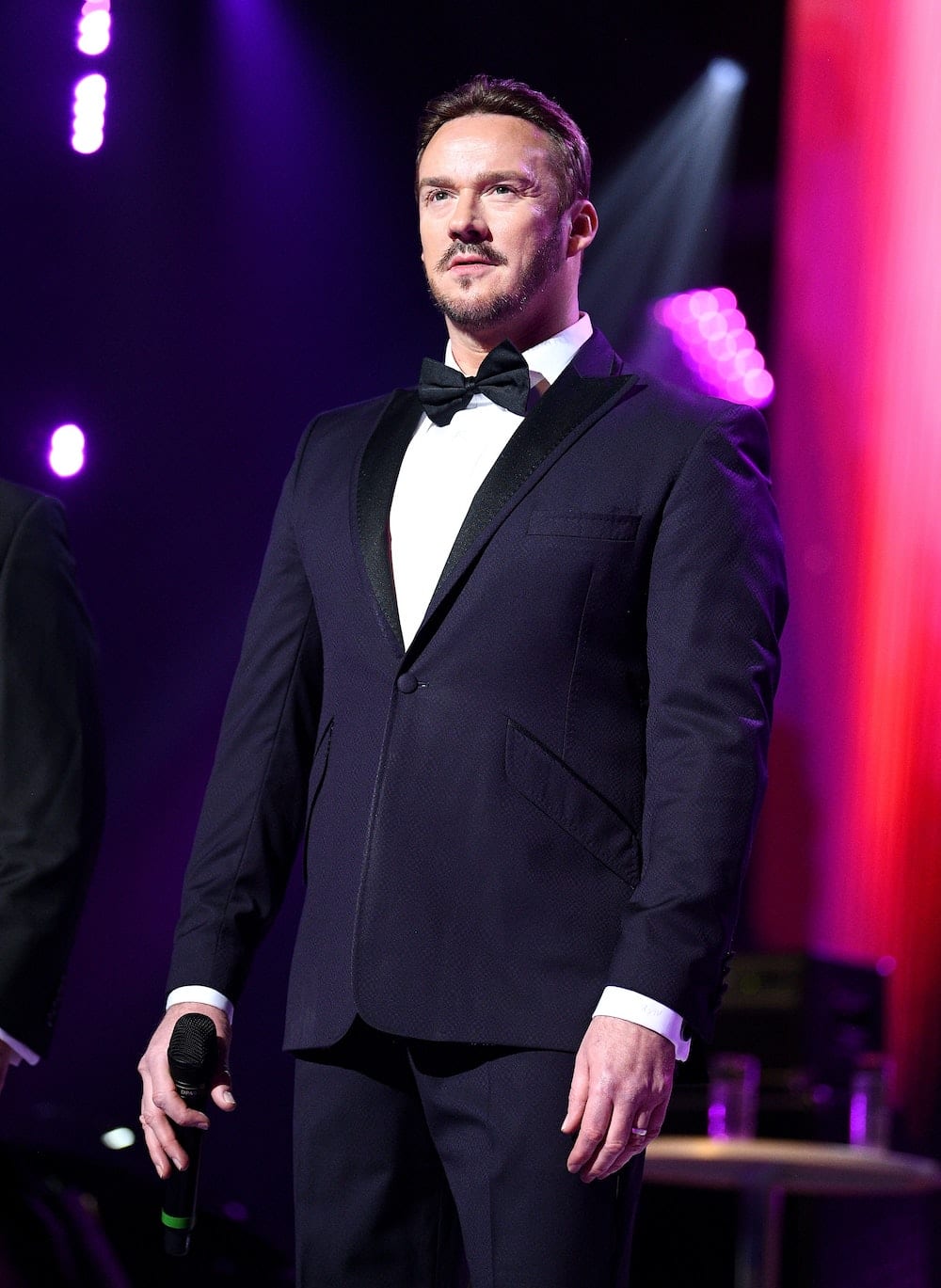 The Salford-born tenor is the best-selling classical recording artist in the UK and has released 13 studio albums.

He left school at 16 with no qualifications and spent the first eight years of his working life in a factory making nuts and bolts before entering a local radio talent competition.

He has also starred in stage shows including War of the Worlds and Kristina. 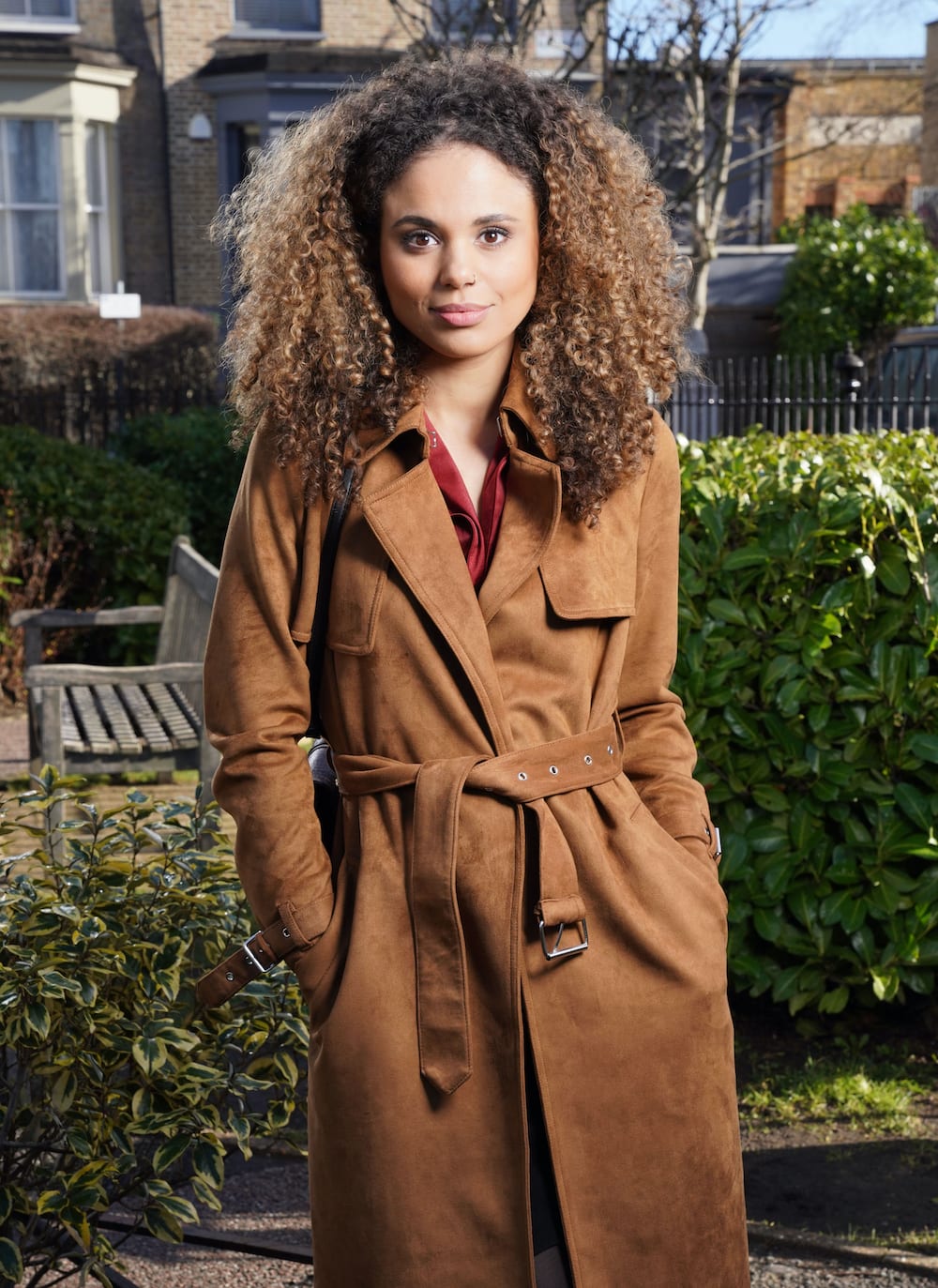 The singer-turned-actress joined EastEnders in March 2019 as Chantelle Atkins and made headlines as her character was subjected long-term mental and physical abuse at the hands of her husband, Gray Atkins (Toby-Alexander Smith).

The storyline eventually ended in tragedy as Chantelle died at the hands of her husband.

Before joining the soap, Plummer was a member of the British girl group Neon Jungle.