This Kirkby church is looking for couples to renew their vows under the Gaia artwork on Valentine's Day - The Guide Liverpool
Contact Us Advertise with The Guide Our Video Services Follow us:

On Valentine’s Day 2022 a special event is set to take place in St. Chad’s Church in Kirkby and people who were previously married in the church, are invited to be involved.

As part of Knowsley’s celebrations for its year as the Liverpool City Region Borough of Culture, a mass wedding vow renewal ceremony will take place.

The service, which will be conducted by Vicar Philippa Lea, will be particularly special as it will be held under Gaia – the 6-metre artwork of the earth that will be on display in the church.

On one of the most romantic days of the year, it promises to be a truly magical moment and part of a wider celebration of love at St. Chads on 14 February. During the day there will be musical performances of romantic operatic love songs, wedding cake and even an opportunity for a proposal or two – if anyone wants to pop the question! 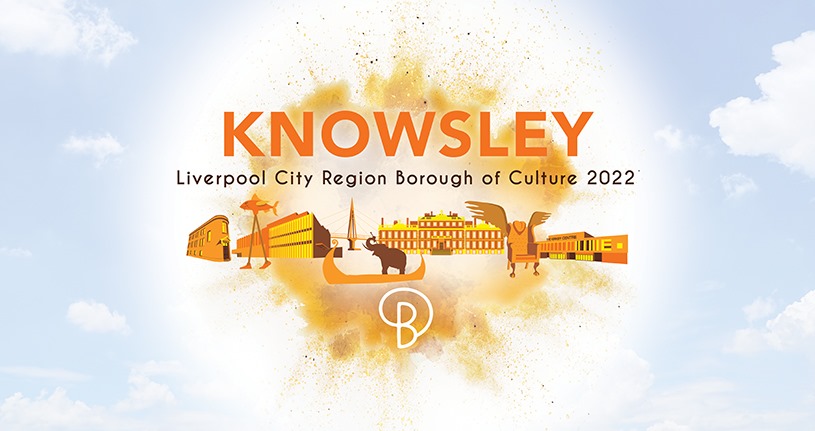 Organisers are now looking for local people to come forward and apply to take part in this unique wedding vow renewal service.

“Having Gaia in St. Chad’s is amazing, and we are really keen to ensure as many local people as possible get the chance to see it but also to be involved in some really special moments whilst it is here – this is definitely one of those moments.

“Gaia has travelled all over the world, but we think this will be the first time that a mass wedding vow renewal has taken place under it. It will be such a poignant and emotional experience and something really special for people to be part of.”

“This year we are celebrating the 150th anniversary of St. Chad’s Church and remembering that there has been a centre for Christian worship on the same site for many hundreds of years. Through this time there have been countless weddings celebrated here, including the ancestors of many living in Kirkby today. We’re incredibly proud of the role St. Chad’s has played in the lives of many generations and we’d love couples of all different ages to come together to celebrate their own marriages and all the marriages that have begun in this place over the centuries.” 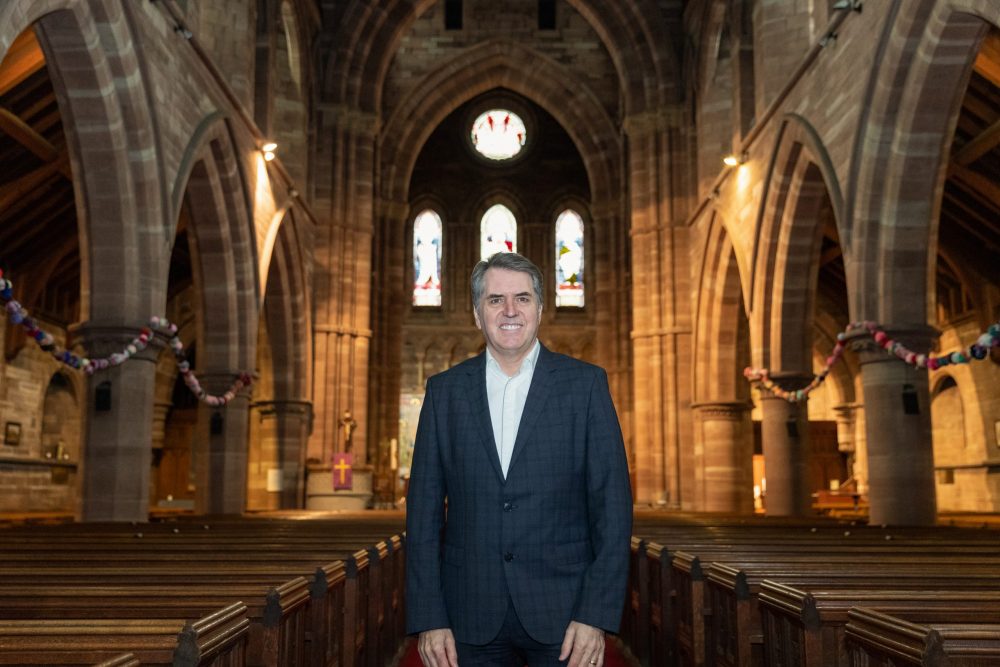 Steve Rotheram, Metro Mayor of the Liverpool City Region who himself was married in St. Chad’s, said:

“There is a vast array of cultural events taking place in Knowsley in 2022 as part of the area’s year as Borough of Culture. This is perhaps the most unique. As a Kirkby lad, I know of hundreds of people who have tied the knot in St Chad’s over the years – including myself and my wife Sandra back in 1989.

“After everything we have been through in the last eighteen months, I am certain that there are many couples out there who would jump at the chance to do something a bit different next Valentine’s Day – and this is the perfect opportunity.

“I’d encourage anyone who wants to be a part of this special occasion to get in touch as soon as possible.” 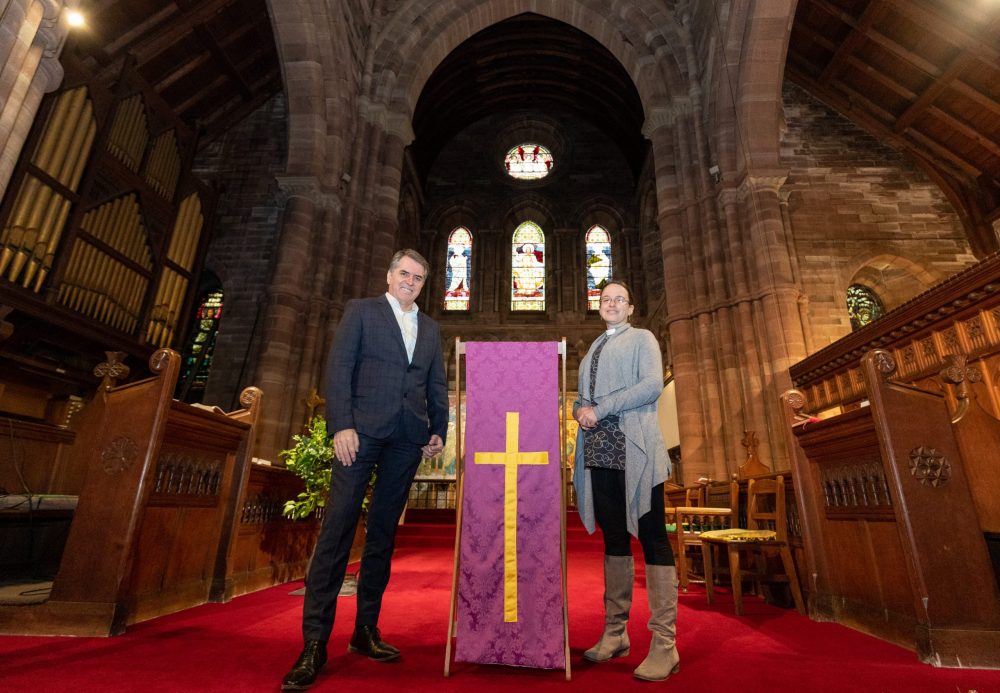 Knowsley Council is looking for up to 150 couples to take part of the event on Monday 14 February and those who are interested are advised to get in touch sooner rather than later to secure a place.

In addition to the mass wedding vow renewal, plans are being worked on to create a digital archive of the stories and images of local people who have been married in the church. That includes capturing some of the special memories from families and friends of people who may no longer be with us but still have a story you want to tell. People can submit their stories here.

“St. Chad’s is such an important part of the history and heritage of Kirkby, and we know that for many families there are connections to the church dating back generations. While the event on the 14 February is for people now, we also want to capture some of the stories of the past too – people who might not be around anymore. Your great grandparents might have married there many years ago or you, yourself were married there but sadly have been widowed since. Tell us your story too! It will help to make a magical record of the past and hopefully tell some wonderful local love stories too.” 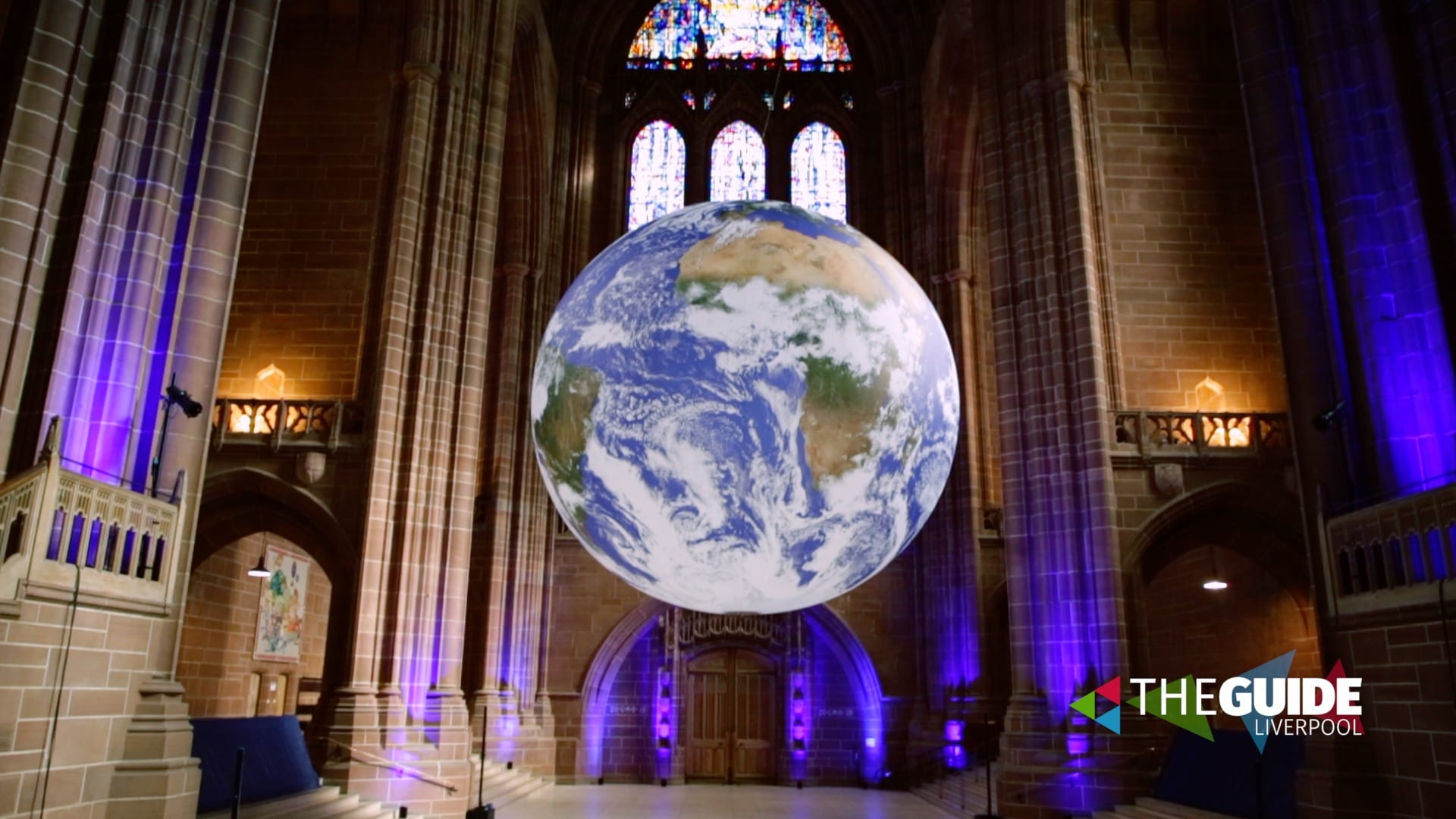 If you’re not married but are thinking of popping the question, then why not get in touch to discuss the option of organising an ‘out of this world’ proposal under Gaia. You can ring 0151 443 5353for an informal chat.

Gaia is part of Knowsley’s ‘A New Dawn’ programme of illuminating moments that start the borough’s year of celebrations in 2022. In addition to Gaia, other parts of the borough will be hosting special moments on light during January and February and Knowsley awakens to its year as the Liverpool City Region Borough of Culture.

Visit www.cultureknowsley.co.uk to find out how to share your stories or email [email protected]

If you were married in St. Chad’s Church and would like to be part of this event, then all you need to do is submit some basic information online here and share a photo of your big day. Alternatively, you can ring 0151 443 5353 to get hold of an application form.