This new FACT exhibition is inviting you to explore Liverpool's old Chinatown - The Guide Liverpool
Contact Us Advertise with The Guide Our Video Services Follow us:

A new exhibition is now open at FACT Liverpool.

Future Ages Will Wonder, a major exhibition of works by nine UK and international artists is now open at FACT.

Audiences are invited to explore an ‘alternative museum’ that includes a reconstruction of Liverpool’s old Chinatown and tells the stories of its lost Chinese sailors who were abruptly repatriated following World War II.

The artworks on display in Future Ages Will Wonder bring together traditional mediums such as textiles, sculpture, and photography with virtual reality, computer algorithms and synthetic DNA to reimagine stories about our past, present and future. 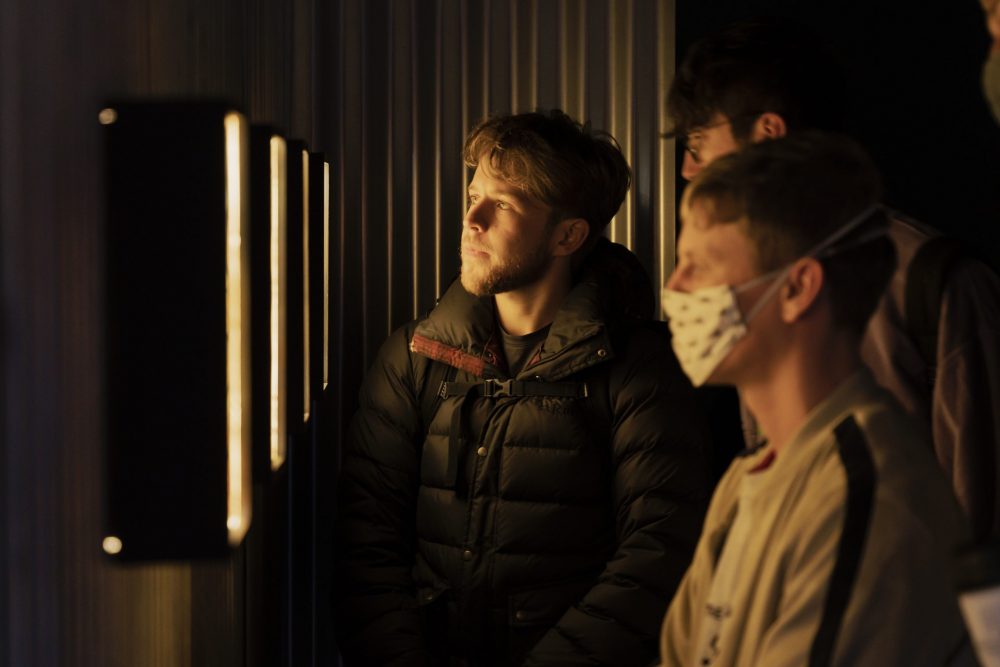 Artist Yarli Allison presents a series of works with a unique connection to Liverpool, focusing on Pitt Street, a part of the city that a multicultural mix of migrant workers, including the British Merchant Navy’s Chinese seafarers, inhabited at the turn of the 20th Century. These communities experienced increasing racism in the 1930s and the old Chinatown they inhabited eventually disappeared after the bombings of World War II. The disappearance coincided with the sudden repatriation of Chinese seamen, who were forced to leave their British and Irish families behind. 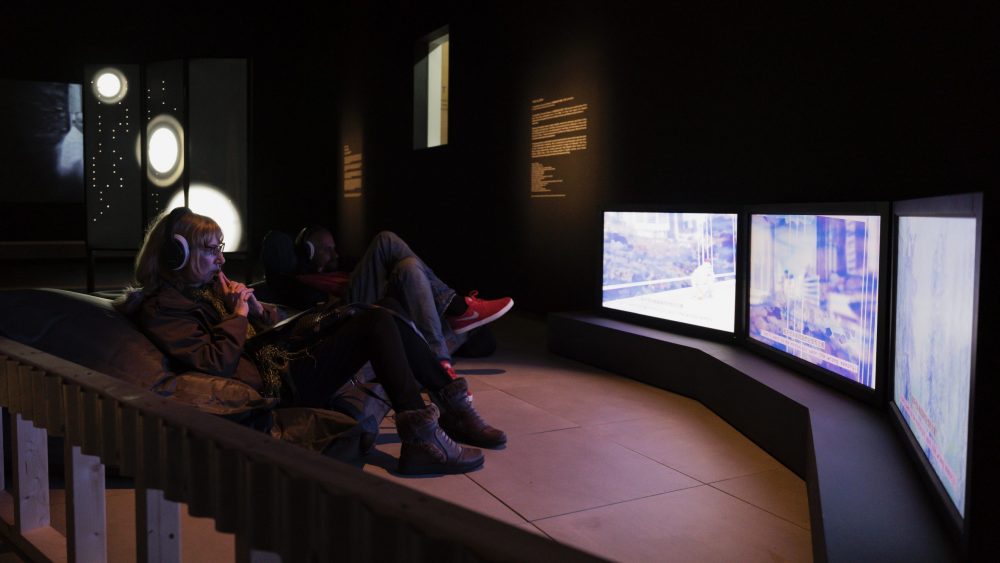 In Cigarette Cards – Ethnic Chinese Seafarers in Britain 1900s (2021), watercolour drawings are displayed in a set of 8 lightboxes in the style of vintage cigarette cards, a popular collectable item issued by tobacco manufacturers between the late 1800’s and early 1900’s. The timeline of production and distribution of cigarette cards directly overlapped with the era of Chinese seamen in Britain, with over 50,000 recruited and relocated to the west to help power the Merchant fleet. 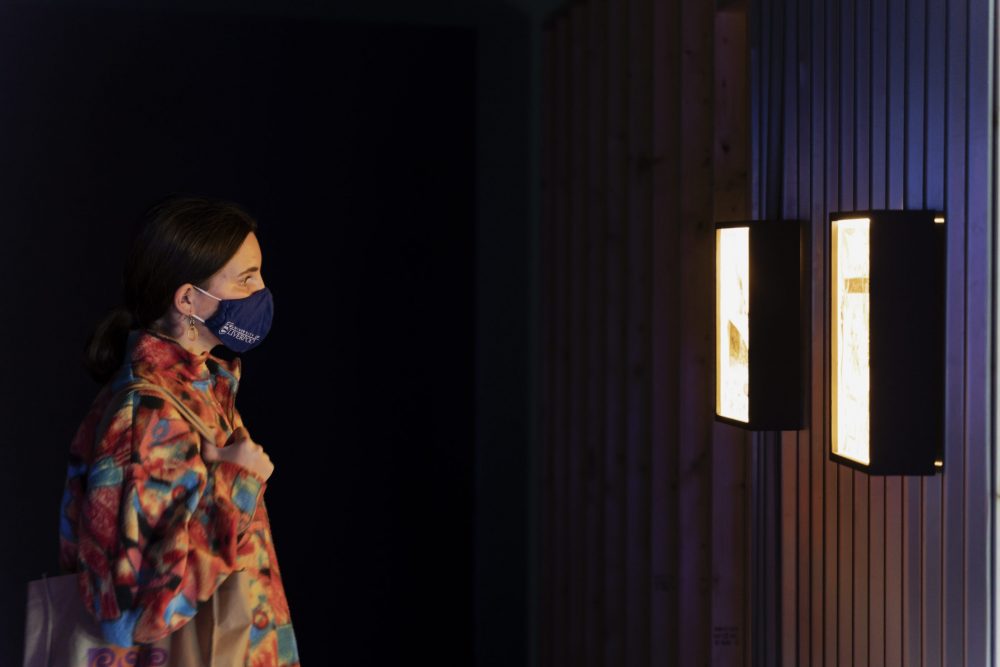 The men were overlooked by tobacco manufacturers who instead chose to portray other desirable people, animals and objects on the cards to attract people into purchasing cigarettes. Cigarette cards were mostly discontinued after World War II around the same time that the Chinese men were repatriated. Allison’s drawings offer a sense of closure, portraying the seamen in the style of the popular cards, whilst raising questions of how the men were perceived by the Western gaze and whether they were neglected by history and deemed undesirable in comparison to other personnel who had featured regularly on the cards. 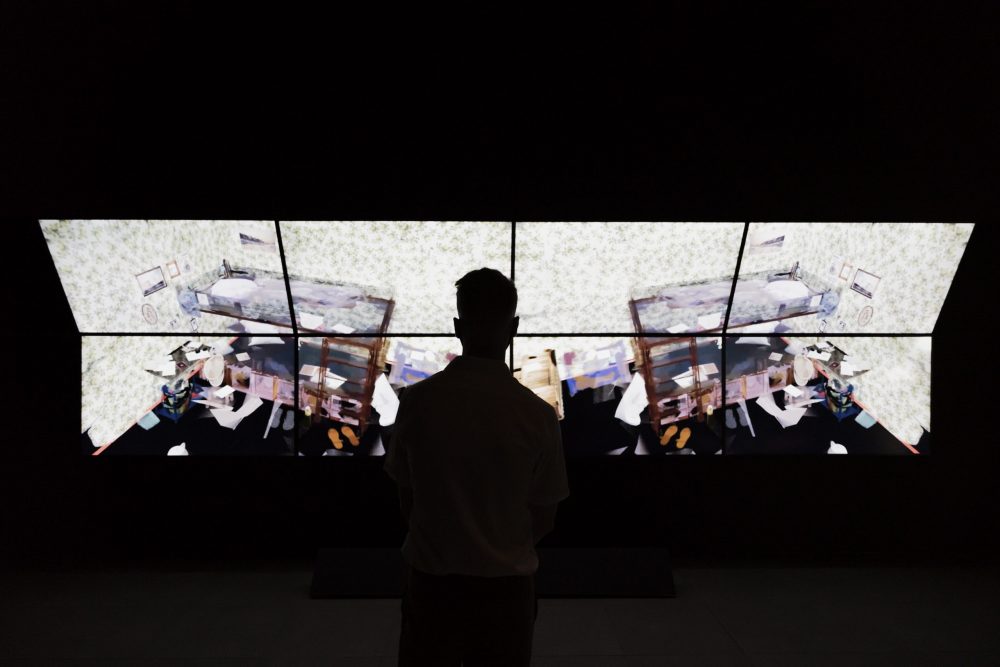 In Dear Child, Guess What I’ve Seen Sailing (2021), a hand-written letter from a father to his child, describes what he has seen during his journeys at sea. In the final part of the letter, the father tells his child about a model shop that he has built for them and asks them to guess where it is. The letter is displayed alongside a miniature model, Dear Child, Guess Where This Is (2021), which portrays the father’s depiction of a Chinese provision and grocery store named Low Chung. The store was located at 3 Pitt Street, in the old Liverpool Chinatown, and was a place where the father took his family and children to spend time with other members of the community.

“Growing up in British colonial Hong Kong, I learned about the port of Liverpool and how Chinese men were recruited for labour there. I knew that I had a great-great-grandmother from Britain but nobody knew how she came about. When digging into these mysteries, I started to imagine the romantic link between these historical facts, thinking about how my great-great-ancestors met, with two heritages and working class backgrounds.”

In addition to works by Yarli Allison, Future Ages Will Wonder premiers two new commissions by artists Larry Achiampong and David Blandy (UK) and Breakwater (Youngsook Choi and Taey Iohe) (South Korea/UK), alongside a new work by Boedi Widjaja (Singapore/Indonesia) and other works by Ai Hasegawa and Miku Aoki (Japan), and Trisha Baga (USA). The exhibition is curated by Annie Jael Kwan, an independent curator, researcher and educator, who has collaborated with FACT over the last year to develop the show.

Find out more about this FACT exhibition on its website here.