This new Museum of Liverpool exhibition reveals the devastation Blitz had on the city - The Guide Liverpool
Contact Us Advertise with The Guide Our Video Services Follow us: 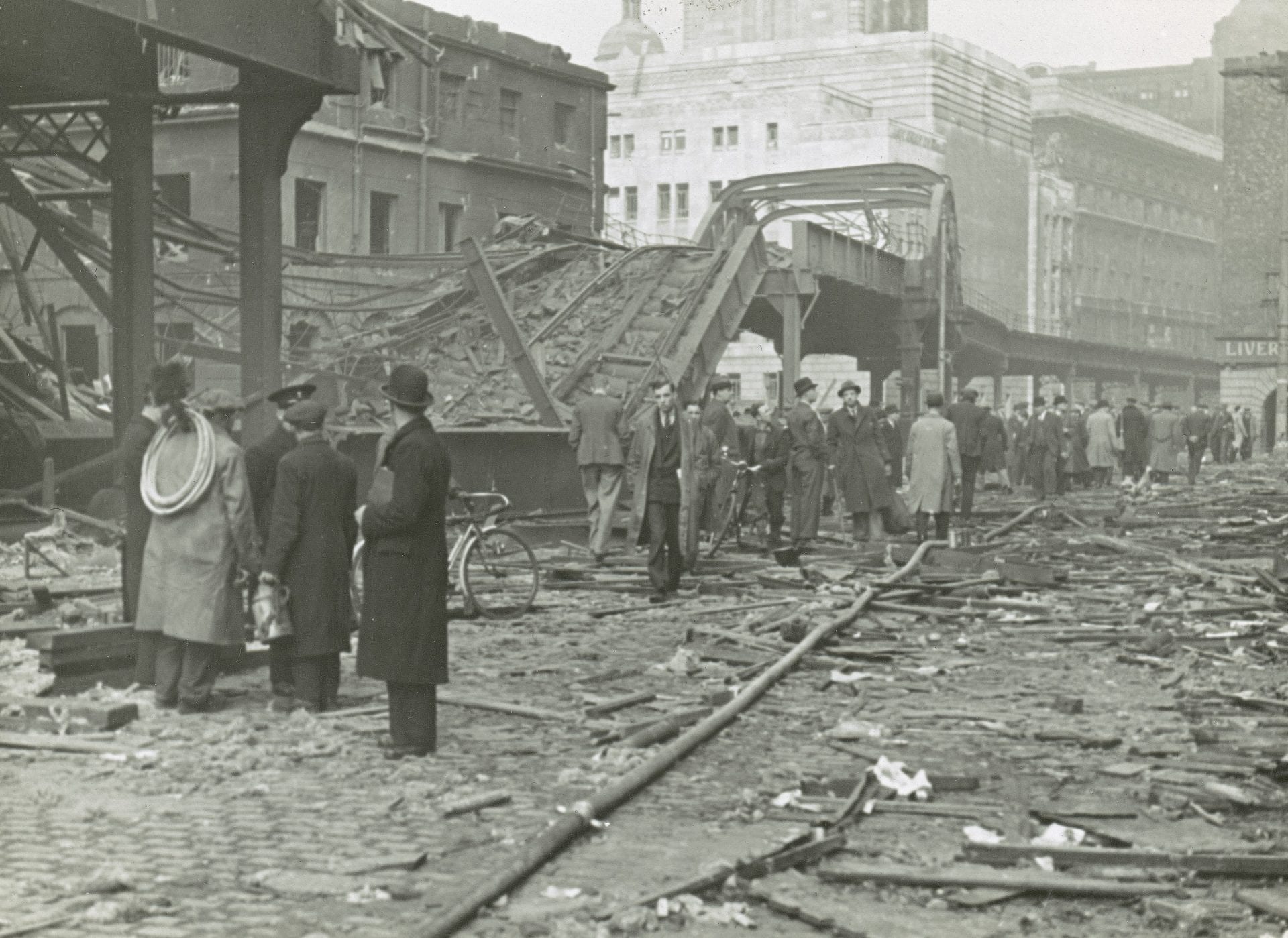 80 years on, Museum of Liverpool captures the devastation and resilience of local people during the Blitz in rare photographs.

Displaying up to 60 photographs taken by Liverpool City Police from 1940 – 1941, a free new photography exhibition at the Museum of Liverpool reveals the devastation the Blitz brought to the lives and city of Liverpool.

Through personal accounts, this exhibition brings to life the impact of the war through the eyes of those directly affected by the bombings.

MORE: Delve into our Liverpool history archives and learn about the city’s astonishing past here

The Port of Liverpool and surrounding areas were key targets for German bombers. In Merseyside, an overwhelming 4,000 civilians were killed, 10,000 homes destroyed and 70,000 people made homeless.

Liverpool itself suffered the second highest number of civilian deaths in air raids in the country and due to censorship, press reports often didn’t tell the whole story.

At the heart of this exhibition is the people of Liverpool; those affected by the Blitz – their memories, struggles with the aftermath and how they rebuilt their lives. The display will feature audio interviews and written memories of carrying on in the face of a terrible onslaught.

MORE: 8 things you probably didn’t know about Liverpool’s relationship with the Titanic

“Seeing these striking images of desolation alongside the experiences of people who werethere really brings home what this city and its people went through. They reveal many stories of personal tragedy but also the incredible resilience of local people.

The legacies of these bombings can still be seen and felt in the city today. They also remindus of ongoing conflict around the world and the continuing terrible human cost”.

The exhibition will be divided into three key themes: City centre and shops; Homes and neighbourhoods and Industry, docks and transport.

MORE: Watch as we take you inside Liverpool’s hidden war bunker, Western Approaches

Recording scenes of Liverpool in its darkest days, this exhibition showcases some of the most impactful photographs, epitomising the human consequences of war.

The Port of Liverpool and surrounding areas were key targets for German bombers. In Merseyside, an overwhelming 4,000 civilians were killed, 10,000 homes destroyed and 70,000 people made homeless.

The exhibition is open from 14 June 2019 and you can get more info here www.liverpoolmuseums.org.uk/blitzed