Two Liverpool Empire appearances from Alexandra Burke this year - The Guide Liverpool
Contact Us Advertise with The Guide Our Video Services Follow us: 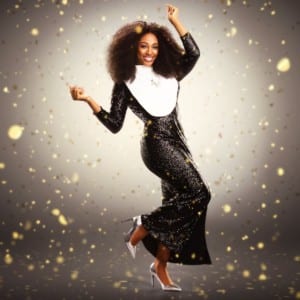 Alexandra Burke will perform in two hit shows coming to the Liverpool Empire this year. She is currently starring as Rachel Marron in the hit musical THE BODYGUARD which arrives in Liverpool on 26th April.

It has now been revealed that Alexandra will also star as ‘Deloris Van Cartier’ in the national tour of Curve’s all new production of the hit musical comedy SISTER ACT, directed and choreographed by Craig Revel Horwood with musical supervision and arrangements by Tony award-winning Sarah Travis. SISTER ACT is at the Liverpool Empire from 10th to 15th October 2016.

Craig said “I am truly thrilled that Alexandra is going to be our leading lady in this all new production of Sister Act. Alexandra is such a fantastic singer and actress that I know she is going to be amazing. I couldn’t think of anyone better to play the role of the smart and funny Deloris’ 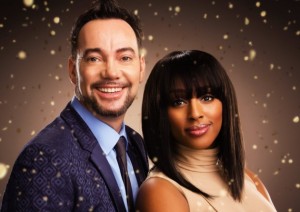 Alexandra said “I’m over the moon to be given the opportunity to play the wonderful Deloris in Sister Act. It’s such an iconic role and a part I’ve always wanted to play. I love touring the UK and I’m thrilled to be working with Craig and his amazing creative team. I can’t wait to get started!”

Alexandra Burke can currently be seen starring as ‘Rachel Marron’ in the national tour of “The Bodyguard”, a part she also played in the West End. She originally rose to fame after winning the fifth series of The X Factor. Her debut number one single Hallelujah sold over one million copies in the UK, a first for a British female soloist. Burke’s first album, Overcome saw the release of her subsequent number one singles Bad Boys and Start Without You. In 2011 she embarked on her first solo tour and was invited by Beyoncé to support her I Am… Tour. Her second album, Heartbreak on Hold, was released in June 2012.

Based on the smash hit movie starring Whoopi Goldberg and Maggie Smith, SISTER ACT tells the hilarious story of Deloris Van Cartier, a disco diva whose life takes a surprising turn when she witnesses a murder. Under protective custody she is hidden in the one place she won’t be found – a Convent! Disguised as a nun and under the suspicious watch of Mother Superior, Deloris helps her fellow sisters find their voices as she unexpectedly rediscovers her own.

SISTER ACT features original music by the 8 time Oscar and Tony Award winner Alan Menken. Alan’s credits include the films and stage musicals of Disney’s “Beauty and the Beast”, “Aladdin”, “The Little Mermaid” and “Newsies” as well as “Tangled”, “Enchanted”, “The Hunchback of Notre Dame”, “Pocahontas” and “Hercules” on film. His other credits include the film and stage production of “Little Shop of Horrors”.

This all new production of SISTER ACT is directed and choreographed by Craig Revel Horwood with musical supervision and arrangements by Sarah Travis. Set and costume design is by Matthew Wright, with lighting design by Richard G Jones and sound design by Richard Brooker. 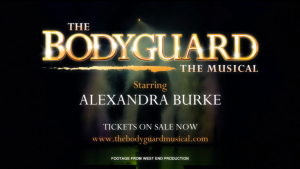