WATCH: As Rach takes a look around the brand new Barry's Bootcamp inside the luxury store, Flannels - The Guide Liverpool
Contact Us Advertise with The Guide Our Video Services Follow us:

WATCH: As Rach takes a look around the brand new Barry’s Bootcamp inside the luxury store, Flannels

A new type of workout studio has arrived in Liverpool that’s changing the whole concept of exercising, making it feel more like a party than a fitness session.

Barry’s Bootcamp, with its trademark Red Room, has become a worldwide phenomenon since it wascreated in Los Angeles in the late ‘90s.

Now it’s opened its ninth UK studio here, on the fifth floor of the new flagship Flannels store in the city centre.

With no membership to tie you in, it’s different to most regular gyms – but it’s the Red Room, its team of instructors and massive soundtrack which really set it apart.

“The Barry’s experience is very simple,” says marketing director Erika Tamayo. “In the Red Room we only have the treadmills and benches where people do weight training or resistance band training.

“You choose a class, you get in there at an allocated time and then our instructors take over and tell you what to do. They’re PTs, DJs, showmen, everything that they have to be to do their best for our clients.”

Barry’s focuses on different parts of the body depending on the day, so Mondays is arms, Tuesdays is legs, Wednesday is back, abs and chest, Thursday is abs and ass, Fridays is full-body. Each class is completely different, the music’s different, and each trainer has their own style.

“The dimmed red lighting is sexy and it helps you focus on yourself and what you’re doing which is what Barry’s is all about: it’s not about anyone else, it’s you versus you and getting better at whatever you’re into,” says Erika.

“And the atmosphere is like nothing else – we literally make exercising fun and exciting, not something you feel like you dread having to do.”

Classes start at 6am and go through until 6.40pm, you can pay class-by-class at whatever times suit you best, and the treadmills have three different settings for beginner, intermediate and advanced so you don’t have to worry about not being able to keep up. There’s also no monthly or yearly membership to lock you in, you can just book via the website whenever you want to go or choose a package to get the best price deals.

Inside the new Liverpool Barry’s Bootcamp, there’s a Fuel Bar where you’ll find a menu of flavoured Hermosa protein shakes for after each workout, to help get the most out of every exercise session.

Even the changing rooms are on a whole different level – they look more like they belong in a high-end hotel than a fitness studio, with rainfall showers, shampoos, conditioners and body wash from New York brand Malin + Goetz, hairdryers and even GHDs, so you don’t just leave feeling better, you’ll look amazing too! 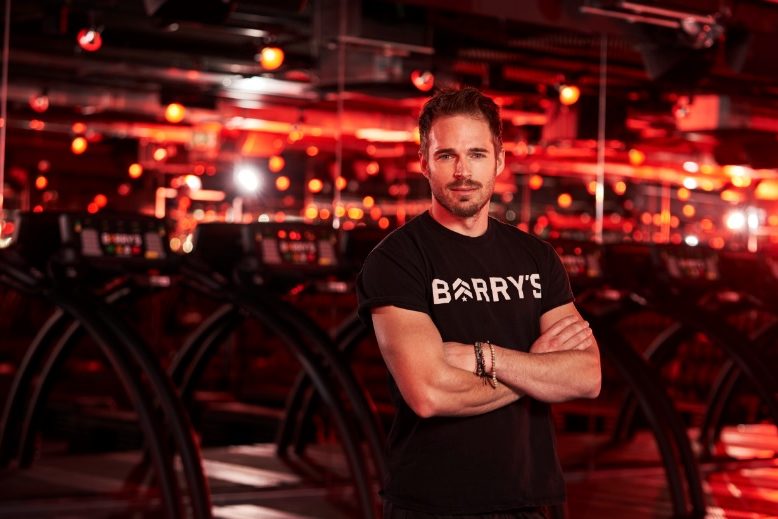 Co-owner Sandy Macaskill says they believe Liverpool is a great fit for the Barry’s concept.

“Liverpool’s a city that’s strong, it’s independent and Barry’s is such a mindset place – it’s all about the mind and being strong so we really think people here will like it.”