Watch as we tackle Man v Fat Football in Liverpool - The Guide Liverpool
Contact Us Advertise with The Guide Our Video Services Follow us:

Watch as we tackle Man v Fat Football in Liverpool

Launched to help thousands of men across the UK to shed stones and feel better about themselves, Man v Fat Football is back in Liverpool & Wirral. And we’re taking part.

MAN v FAT was set up to tackle the issue of weight and obesity using the beautiful game as a way of losing it.

And, with the easing of lockdown restrictions, it’s relaunching across Merseyside and Wirral with a simple goal: to sign up more men who want to feel fitter and lighter – and help them to do it.

Our Josh McDowell will be taking part in the weekly sessions as he looks to shed some excess weight gained in lockdown. You can follow his journey right here as we track the progress of him and his team, The Liverpool Yellows.

Watch below as Josh hits his half-way mark with the football sessions and chats to some of his team mates about how the training and weight loss is going:

Tom Shirley, Regional Manager for the north, says: “We are basically an alternative weightloss programme based around football, a sport which so many people love.

“It’s something that was set up because a lot of traditional weightloss programmes tend to be female-dominated, and we wanted to find something that broke down the barriers of what they offered and do it through football – weightloss with a fun element and driving a community of like-minded people and friendships.”

Initially founded in 2014, MAN v FAT began to establish leagues in 2016 in which teams of players can compete and support each other in the battle to lose weight.

To sign up, members need to have a BMI of 27.5 or above. Josh weighed in with a BMI of 28 at the start of the season. 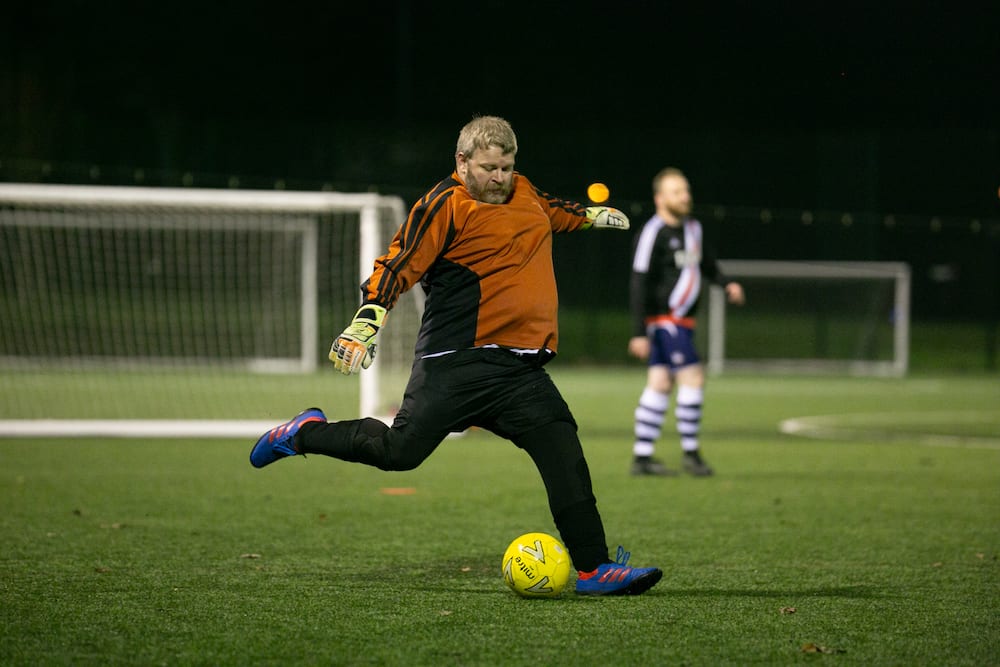 They are then put into squads of 8 to 11, which play against other teams in their area in a traditional league format. Each team is given a colour, and the players choose their own team name – with some cracking efforts around the country.

MAN v FAT teams play a 30-minute game, once a week, in a 14 week season, with football taking place on 50 weeks of the year.

In addition to tools, recipes, blogs, information and more on their website, Tom says: “Each week before the game they have a weigh-in with the coach, where they will be given advice and support, with tips about fitness and nutrition.”

Of course, the players aim to score goals on the pitch to beat the opposition and go to the top of the league but, unlike conventional football, they get the chance to score off it too.

When they register for MAN v FAT, players are given a fact-filled binder which contains a food and activity diary. If players complete that each week, they score a goal.

A bonus goal is also given to anyone who loses weight for three weeks on the run, and those who reach a loss of 5% or, then, 10% of their overall weight score an extra three goals.

“It means before they go into a game, their team can be 12-5 up, so it means that even those who aren’t the best players can contribute to the score.

“They can make an effort off the pitch throughout the week as well as on and feel a sense of achievement.”

It doesn’t matter if you’ve not kicked a ball for years: “Some people will admit that they haven’t played football for 15 to 20 years, but we make the squads so that you can be subbed and you can play for 30 minutes or even just 30 seconds and that, for some, might be a massive achievement.”

The combination of better eating habits and activity is all that many need to start losing weight – along with the support of team mates to cheer you on. 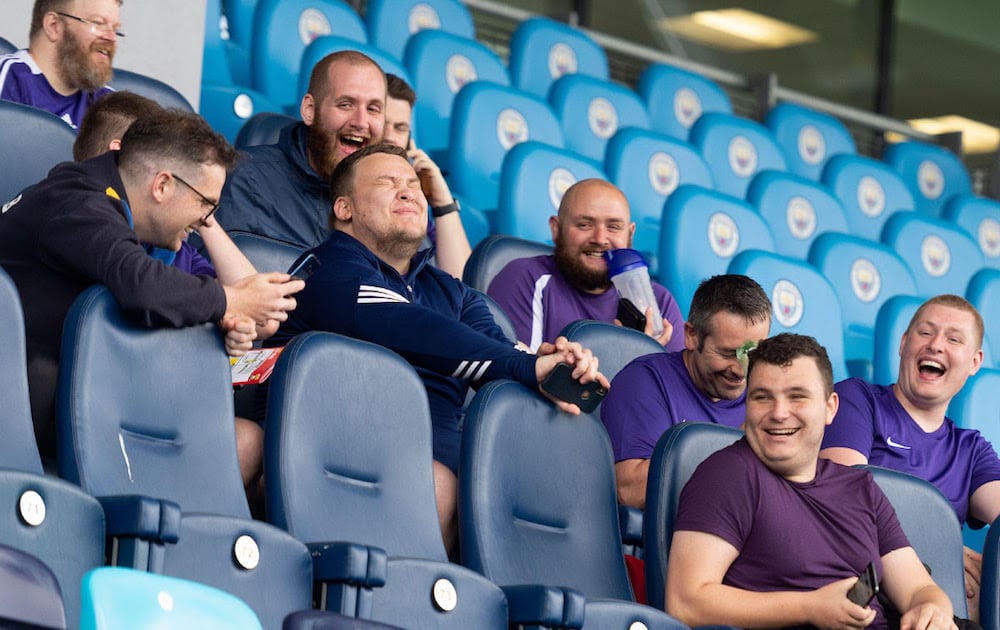 And Tom adds: “It doesn’t stop when men lose the weight. It would be irresponsible to say ‘you’ve hit your target, off you go’. Once men lose the weight and have a healthy BMI of 25, we make sure they still feel welcome and they can still enjoy the football, maintain a healthy weight and act as a role model for others who join.

“There are people who might have had substance abuse problems, or mental health issues, and being involved in a group of guys, where they can talk about it while they enjoy a game of football, can be a real positive for them.”

MORE - Is it time to get ‘socially fit’? Ease yourself back into socialising with these small steps