WATCH: Some of the amazing pieces of history you can discover inside Speke Hall - The Guide Liverpool
Contact Us Advertise with The Guide Our Video Services Follow us:

WATCH: Some of the amazing pieces of history you can discover inside Speke Hall

If someone told you one of the most ornate rooms in Speke Hall was once used as a cowshed, you might tell them to pull the udder one!

But actually, it’s not a joke.

When the Tudor hall fell into rack and ruin in the 19th Century, the oak parlour with its magnificent carved over-mantle and decorative plaster ceiling, was put to practical use by local farmers.

“It’s amazing it survived,” says one of Speke Hall’s collection assistants, Emily – but thankfully it did.

Now the oak parlour is one of 26 amazing show rooms with more than 6,000 objects which you can view, and here are seven seriously fascinating things you can see inside.

Ever wondered where the word came from? Well, if you go to Speke Hall you can find out! If you look up in the central courtyard, you can see a small hole below the eaves of the upper floor which, in Tudor times, was used by the Norris family and their servants to listen in on visitors’ conversations as they waited to enter. And this is where we get the term ‘to eavesdrop’ from. 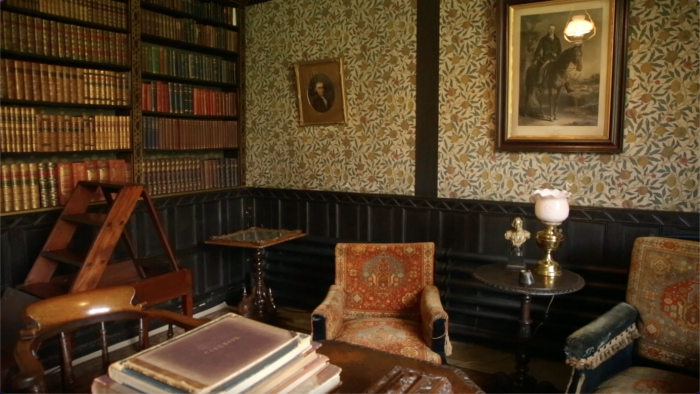 Speke Hall might be a Tudor house but it’s filled with Victorian personality. In the late 19th Century, the Leyland family who were living here were well-connected in the art and design world and used wallpaper by an up-and-coming designer who you might have heard of – William Morris – to decorate the library, the downstairs corridor and other rooms, some of which survives to this day.

MORE - Outdoor theatre is returning to Speke Hall this Summer 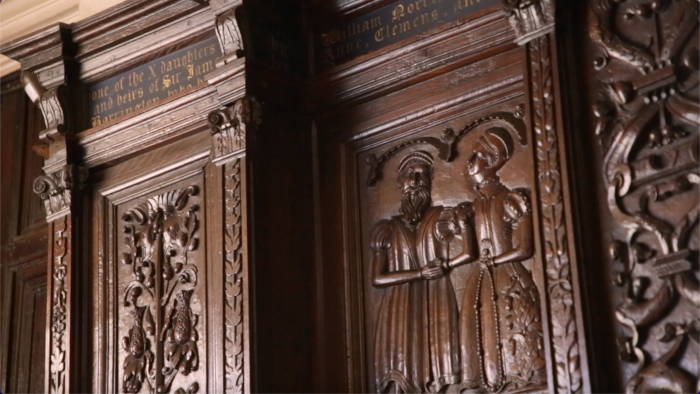 When it wasn’t a home to mooing animals! The magnificent plaster ceiling in the Oak Parlour dates from around 1612 and depicts roses, irises, pomegranates, hazelnuts, and grapes. And, if you look carefully, and you might find a hidden bird and snake.

4. Painting of the Childe of Hale 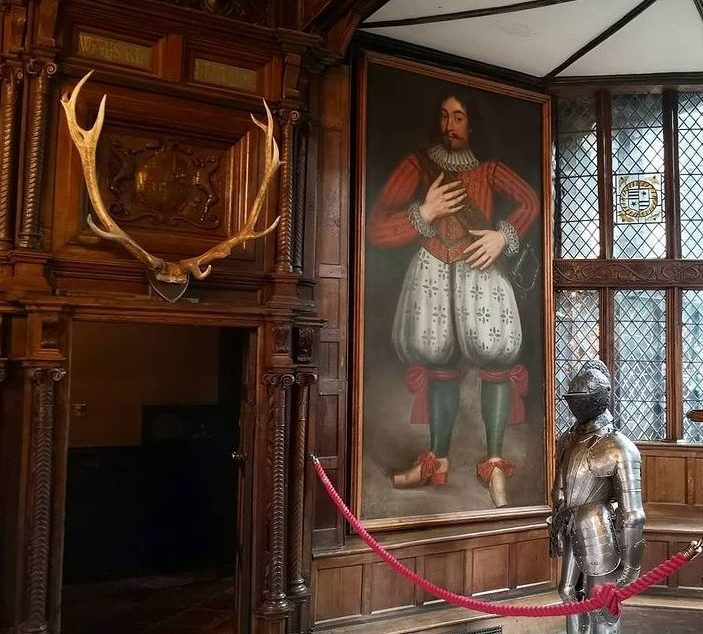 John Middleton who was known as the Childe of Hale was said to have been more than 9ft tall when, in fact, he was ‘only’ 7ft 6in! You can see a picture of the man, born in nearby Hale Village in 1578, in the Great Hall. 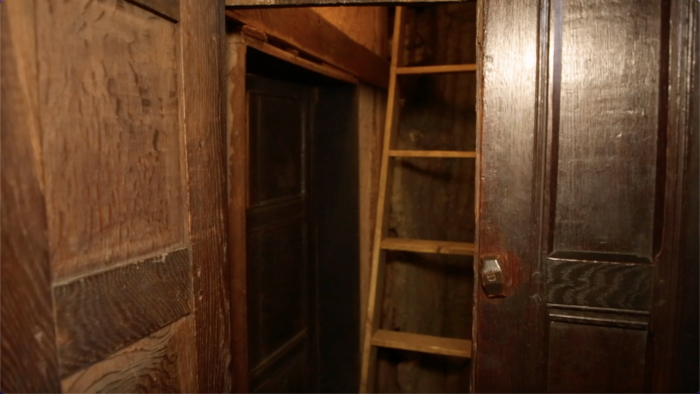 Hidden in the corner of the Green Bedroom is the entrance to a priest hole which was built by the Catholic Norris family to provide a safe haven for priests to evade persecution. There’s a ladder so they could escape from soldiers into a hidden roof space. 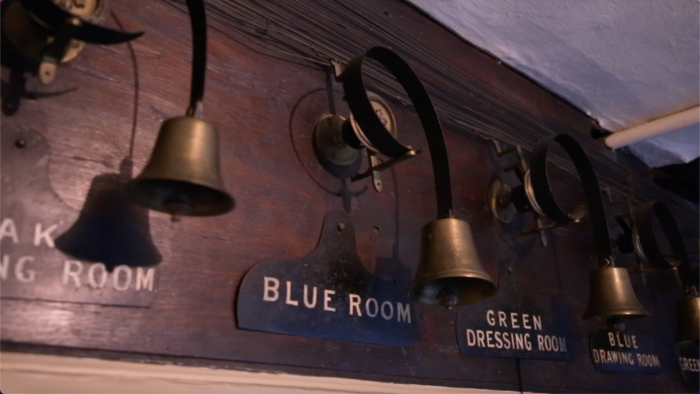 The life of the servants at Speke Hall has also been preserved in the servant’s hall where the staff would eat, carry out some of their tasks and socialise. You can see loads of objects that belonged to them, from a 19th century sewing machine to carpet beaters and a set of dominoes. Just outside, you’ll find the Victorian servants’ bells, which were connected to almost every room in the house by a complex system of wires. 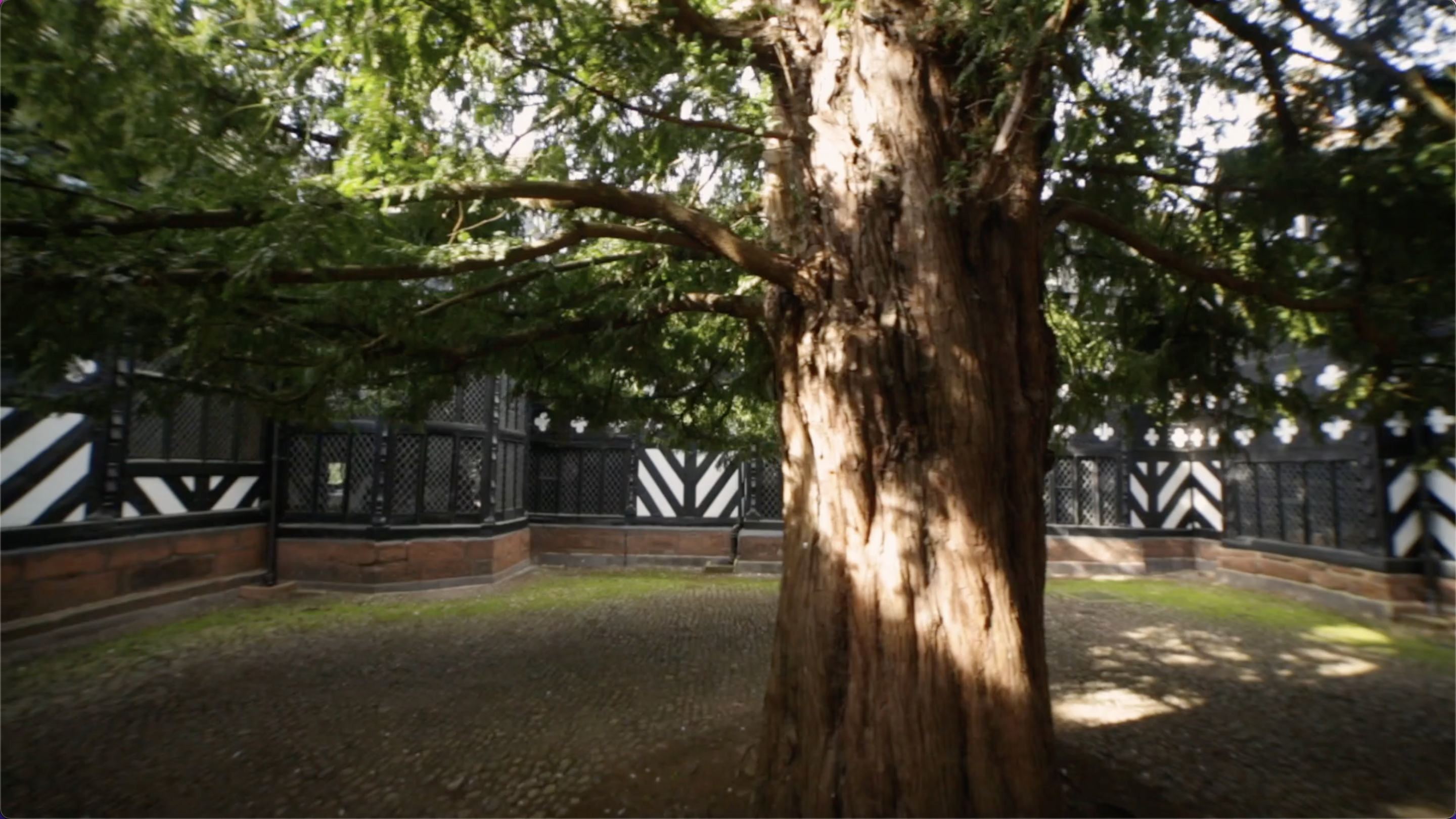 In the courtyard are not statues of biblical figures but two iconic yew trees estimated to be around 500 years old, and nicknamed Adam and Eve because one is female and one is male. They were first recorded in 1712 and help provide a peaceful sanctuary surrounded by the Tudor wattle and daub walls.

So what are you waiting for? Check out these at more at the fab Speke Hall.

The gardens, estate, restaurant and play areas are open every day, and the house is open Wednesday-Sunday (plus bank holidays), between March and October. Entry is free for National Trust members and under 5s, and admission charges apply to non-members. You don’t need to pre-book your visit.