Watch: This is what happened at Fusion Festival Day Two - The Guide Liverpool
Contact Us Advertise with The Guide Our Video Services Follow us:

Watch: This is what happened at Fusion Festival Day Two 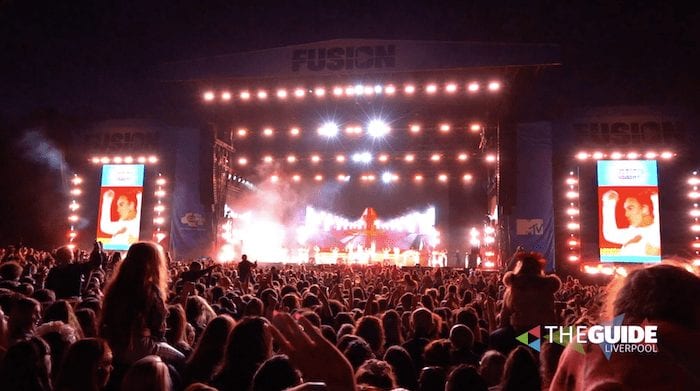 Home › Events › Watch: This is what happened at Fusion Festival Day Two

Fusion Festival had already knocked out socks off with a day packed with amazing acts and top DJ’s and somehow Sunday took up a notch even further!

Day two of the highly anticipated Fusion Festival brought the sun out again and thousands packed in to the Sefton Park site from midday. With a line up featuring debutantes and pop heavy weights, there was something for everyone.

Brand new boy band New Rules opened the show and received a warm welcome from the scouse crowds. Chatting to us afterwards the lads revealed their touring with Little Mix and planning some Harry Potter Halloween fun for their 31st October gig. Also meet James the salmon! Watch above to find out more.

Watch: John Newman tells us made him fall in love with music again

The amazing Rak Su also stopped by for a chat with our Rach and has a crack at the scouse accent. It’s a no from us lads sadly! Also on the bill was Clean Bandit, Anne Marie, Mabel and HRVY. Back in Liverpool for his first gig in a while, HRVY chatted to us backstage about life on tour and why he loves the scouse crowds.

As the light faded across the park, the atmosphere grew for Sunday headline act, the princesses of pop, Little Mix! What an incredible set! The crowd was bouncing and singing in full voice to tracks such as Power and Woman Like Me. We’re starting a petition to have power ballads in the park every Sunday, who’s in?