What do you think of the new look Lime Street? - The Guide Liverpool
Contact Us Advertise with The Guide Our Video Services Follow us:

What do you think of the new look Lime Street? 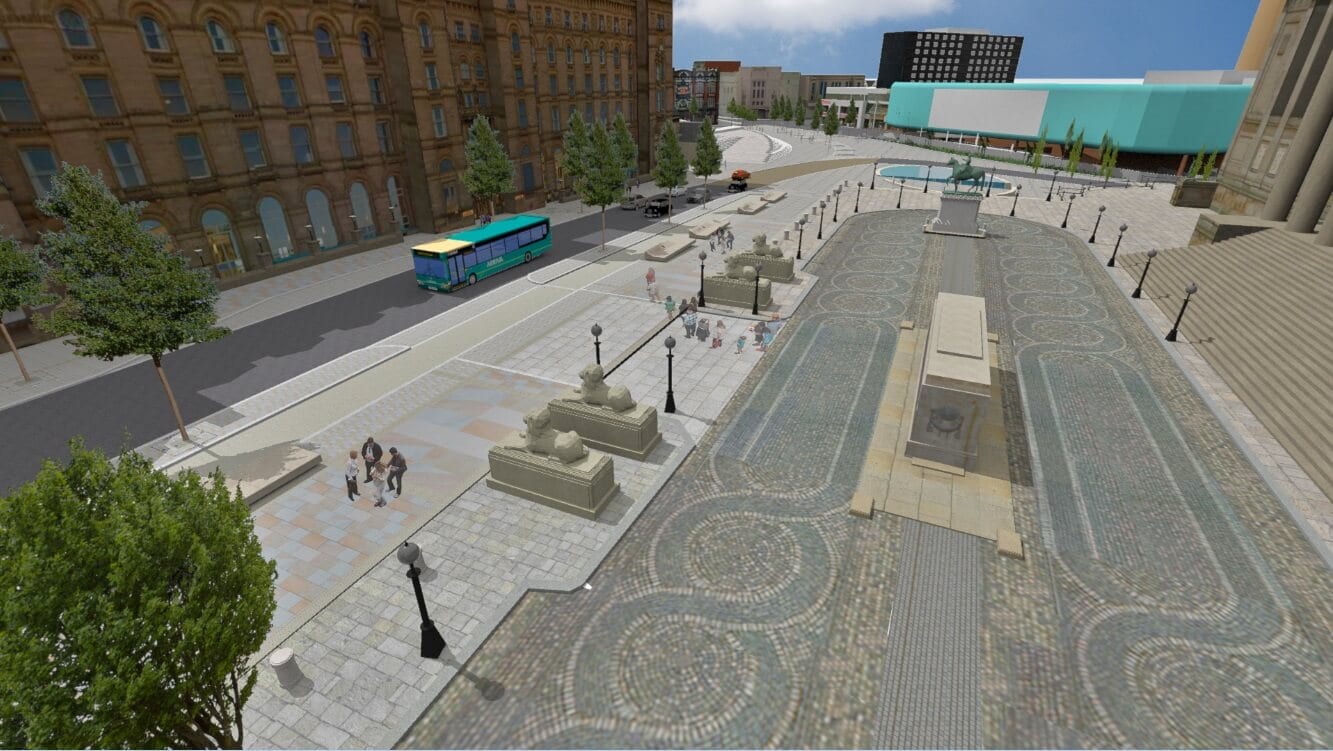 Home › Latest › What do you think of the new look Lime Street?

The public are being invited to see the latest designs to create a major new event space outside Liverpool’s iconic St George’s Hall as part of a radical, multi-million pound regeneration programme.

The project, which involves expanding the current plateau into Lime Street to create a world class “gateway experience”, is part of a wider £45m scheme that will transform how people move around Liverpool city centre – by foot, bike, car, coach and bus.

Liverpool City Council will be hosting a two day public information exercise on the Lime Street element which is central to phase one of the Liverpool City Centre Connectivity (LCCC) Scheme, with sessions held at Central Library on Wednesday 7 March and at No 1 Mann Island on Thursday, 8 March, both from 10am to 6pm on each day.

The widening of St George’s plateau, to begin in Spring 2019, will see Lime Street reduced to a single carriageway with traffic redirected down St John’s Lane. It will also include the installation of a new water feature at the southern end of the plateau, which lies within the city’s World Heritage Site.

The LCCC scheme, aims to boost transport links and further fuel Liverpool’s international appeal to investors, shoppers and tourists with its visitor economy, currently valued at £3.6bn/year, expected to grow by 25% over the next 10 years.

A key aim of the far-reaching project is to achieve a major reduction in congestion by creating a new hub for buses to park and layover in, which will reduce bus traffic, and the repositioning of Queen Square bus station for all northbound routes and Paradise Street station for all southbound routes.

Liverpool’s first dedicated coach park will also be created to accommodate the boom in coach visitors to the city centre, which last year equated to 160,000 more tourists than those who arrived via the cruise terminal.

To be completed by 2020, the first stage of phase one is to begin this Autumn along this schedule:

A six week public consultation was held last year on the LCCC scheme, which will receive £38.4m from the Local Growth Fund with local match funding of £6.3m and is a major part of Liverpool City Council’s £300m Better Roads programme.

The second stage of phase one will see the installation of new bridges at Canning Dock and a series of highways improvements along The Strand, with work scheduled to begin in 2019.

Councillor Ann O’Byrne, Deputy Mayor of Liverpool, said: “Liverpool’s international appeal to visitors and investors has blossomed over the past decade and a widened St George’s plateaus is going to create a major new event space for the city.

‘’As well as enhancing a major gateway into the city this new scheme also addresses many of our current and future needs to improve the city centre welcome and provide an experience befitting a world class city.

‘’With a growing residential population, a huge rise in visitors and major developments in the pipeline, how we navigate around the city centre needs a radical rethink in key locations and some major improvements.

‘’This first phase which will also create a new bus hub, a new coach park and upgrades to cycling and pedestrian routes from the Knowledge Quarter to the Waterfront will open up a new world of possibilities for investors, event organisers and travel operators to further accelerate the future growth of the city centre and wider city region.

‘’This is a scheme that will make a huge difference to how everyone from residents, workers, shoppers, students and tourists can enjoy Liverpool.’’

For more information on phase one of LCCC scheme head to the website here.