Wirral cancer survivor says Bowel Babe Deborah James has inspired her to help save more lives - The Guide Liverpool
Contact Us Advertise with The Guide Our Video Services Follow us:

Having always been fit and healthy before, Sarah was just 31 when she began experiencing symptoms of bowel cancer in 2019.

A colonoscopy revealed she had stage three bowel cancer which had spread to her lymph nodes and she had to undergo immediate major bowel surgery followed by six months of chemotherapy.

During her treatment Sarah, from Prenton, began following Dame Deborah’s story and her You, Me, The Big C podcast.

Now, with her most recent CT scan showing no signs of the cancer, she says she wants to follow Dame Deborah’s example in raising awareness of bowel cancer and the symptoms which people can often feel too embarrassed to discuss.

“I feel so lucky to be alive. I have been following Bowel Babe’s story since my treatment began. She’s a true inspiration and so strong. My attitude to life has changed, I try not to worry about things and truly believe we only live once, and we should live each day as if it’s our last.”

Sarah, who lives with her partner Bryan, says Dame Deborah’s honest attitude to her own diagnosis has made it easier for others going through treatment to be more open about it.

“My Grandad was diagnosed with bowel cancer before he died, he was 81 when he passed away. It was while I was having my treatment so I couldn’t say goodbye to him. Most people think that bowel cancer only happens to older people, but I want people to realise that anyone can get it and at any age.”

Sarah, now 34, will be helping to raise funds as well as awareness in July when she takes part in Race for Life at Sefton Park. 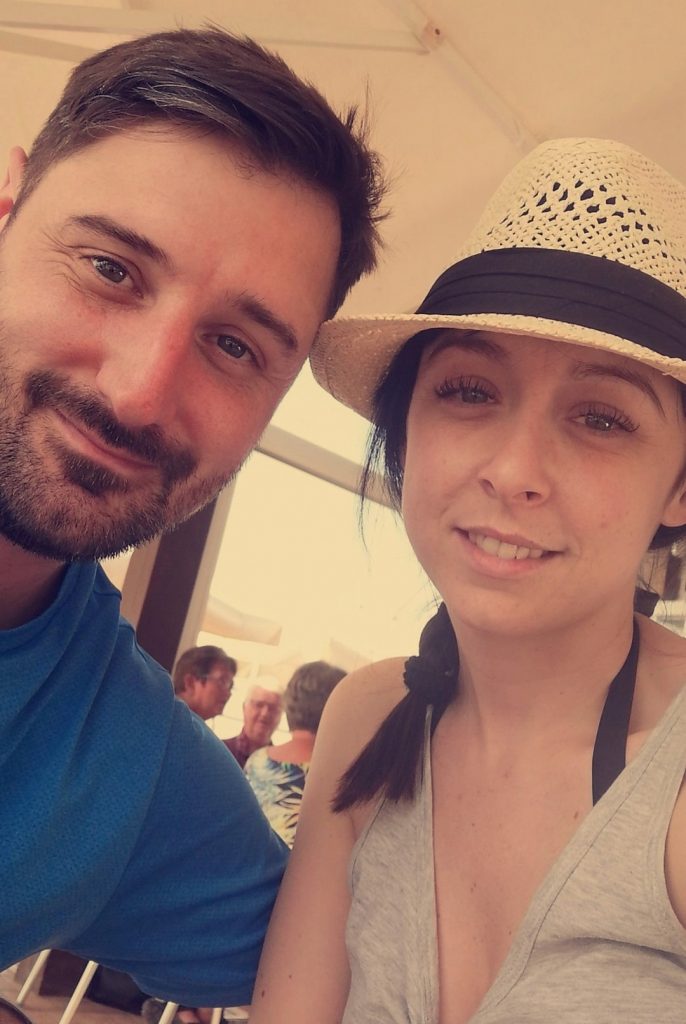 She will be Cancer Research UK’s VIP guest of honour at the run and she’s encouraging women and men of all ages and abilities to join her, sign up for their local event and run, jog or even just walk the distance.

Every year around 44,900 people are diagnosed with cancer in the North West. Money raised at Race for Life, in partnership with Tesco, supports research to find new ways to prevent, diagnose and treat 200 types of cancer including bowel cancer, breast cancer, prostate cancer, lung cancer, testicular cancer, brain cancer, children’s cancers and leukaemia.

Three years after her cancer was first diagnosed, Sarah will be at Sefton Park Race for Life on July 10 alongside 19 of her family and friends and will sound the starter horn for the run.

After further surgery to remove a nodule on her lung in April 2021, she has now been given the all-clear and is in remission. She will have six-monthly blood tests and annual scans to check for recurrence.

Sarah adds: “I have scars all over my body, but I feel lucky and it’s because of all the research and the tests that I have survived. Race For Life will mark a year since my treatment ended and last month I had my first clear scan in three years, so it’s time to celebrate.”