You can now hire E-Scooters in Liverpool as new trial starts in city centre - The Guide Liverpool
Contact Us Advertise with The Guide Our Video Services Follow us:

There is a new way of getting around Liverpool city centre from today as a new trial of e-scooters begins.

The year-long pilot scheme, a joint initiative of Liverpool City Region Combined Authority and Liverpool City Council, will see Swedish-based e-scooter company Voi initially bring around 50 of the carbon-neutral vehicles to the city for public hire, with more to follow as the trial continues.

The distinctive coral-coloured e-scooters will be available to hire from Tuesday 6thOctober using a mobile app and will be placed at key sites around the city centre – including the shopping and commercial districts as well as near to the University of Liverpool and LJMU campuses.

It costs £1 to unlock your scooter and then 20p for every minute of use and unlimited daily and monthly passes will be available.

The vehicles will travel at a maximum speed of 10 miles an hour, but their speed will be electronically restricted to around five miles an hour in areas with high footfall.

The trial area will cover Liverpool city centre, extending from the city’s historic waterfront to its Knowledge Quarter, Georgian Quarter and the Vauxhall area to the north of the city centre.

Supported by Department for Transport, the Liverpool e-scooter trial is one of more than a dozen taking place across the UK, including in the West Midlands and Northamptonshire. It is hoped that the vehicles can be used to support public transport and provide a new low-carbon mode of transport, particularly vital at a time when vigilance around social distancing is required.

The scheme has also been designed in close consultation with disability associations including the Royal National Institute of Blind People (RNIB). 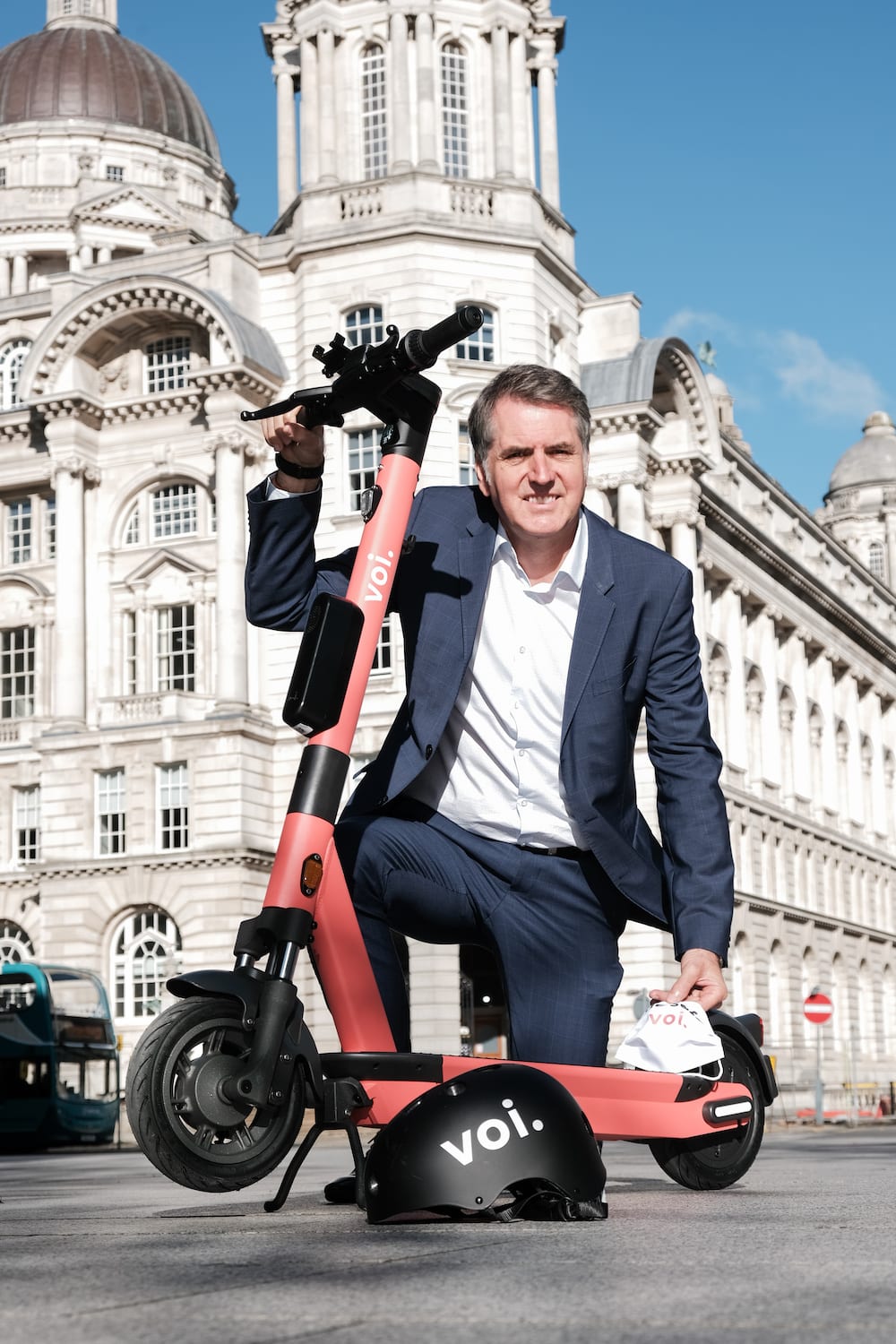 Initially the vehicles will only be available to users between 6am and 10pm, in line with national COVID-19 restrictions around the opening of restaurants and bars. Only e-scooters which are part of the trial are currently allowed in Liverpool, with the use of private e-scooters remaining illegal in the UK.

Voi – Europe’s fastest-growing e-scooter company, operating in 45 cities across 11 countries – has an exclusive contract to provide scooters for the trial. The company expect that the trial will create 50 full-time jobs.

“I want our area’s transport network to be as cheap, quick and green as possible. E- scooters could offer residents and tourists alike a quick and convenient way to get around the city centre, as happens in many European cities.

“We will be working closely with the Council and Police to monitor the scheme and make sure that the scooters are being used safely and properly.

”If the trial goes well, then we can look forward to seeing these scooters play a role in my plans for a London-style transport system.”

“We want everyone to be able to travel in and around Liverpool as cleanly as possible – be it by walking or cycling and we’re investing millions of pounds to help people do just that. The benefits to their physical and mental health, as well as our environment and air quality, are plain to see.

“We have also made a commitment for Liverpool to be carbon neutral by 2030. This is a huge undertaking and this e-scooter trial is a welcome experiment to be part of a wider movement strategy to help deliver that outcome. I look forward to seeing the results.” 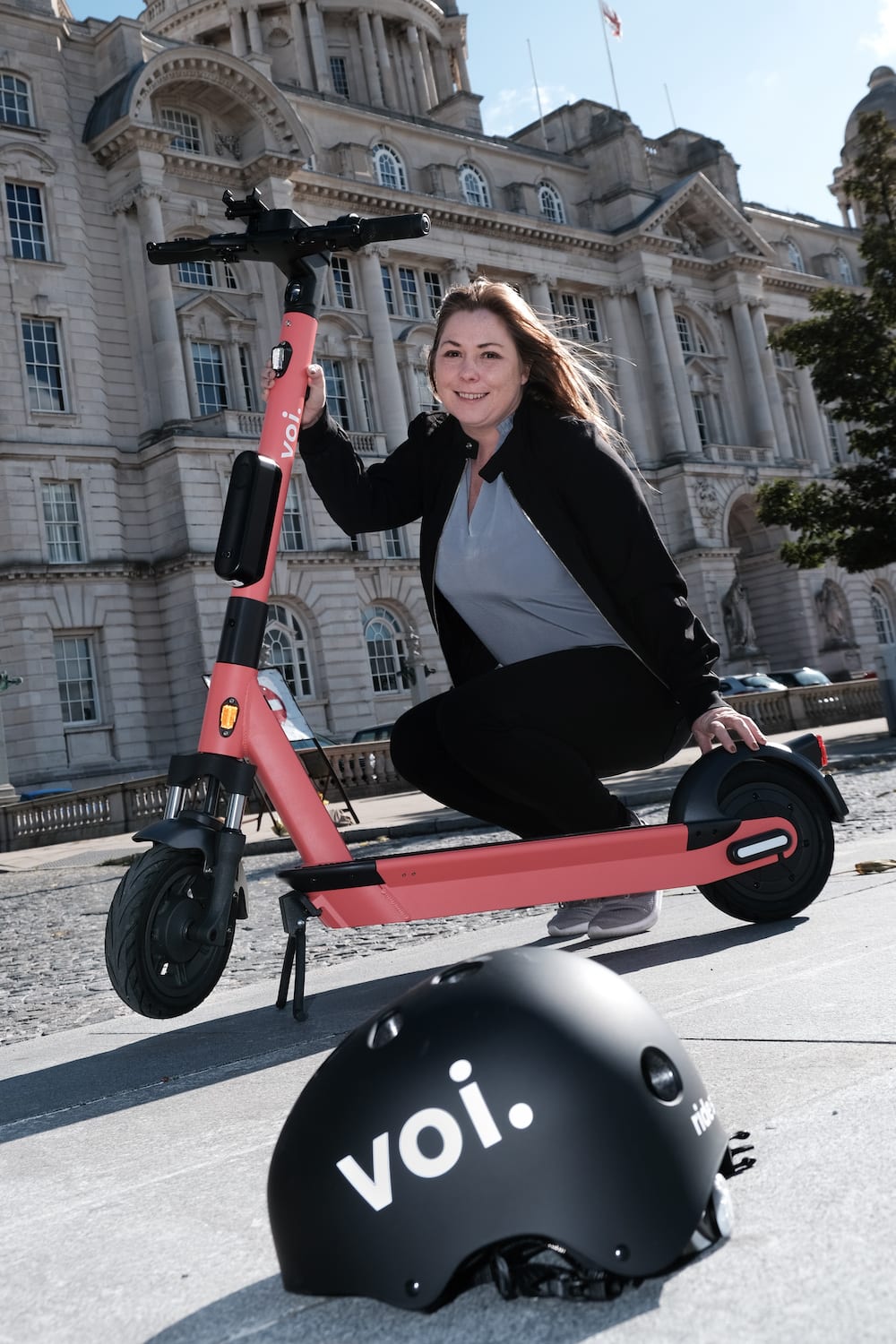 “We are delighted to announce that we will soon be offering the Voi e-scooter service in Liverpool, bringing our total number of UK regions to 11 in just two months. We urgently need new transport options, particularly as city residents want to get around with increased social distancing. Today’s transport innovations are all about helping people to get out of their cars and making greener choices, as well as staying safe.

“We are seeing the biggest change in a hundred years for the way people travel and Voi is here to help Liverpool make the most of the opportunity. We can’t wait to get started.”