10 Liverpool venues that have stood the test of time - The Guide Liverpool
Contact Us Advertise with The Guide Our Video Services Follow us:

10 Liverpool venues that have stood the test of time 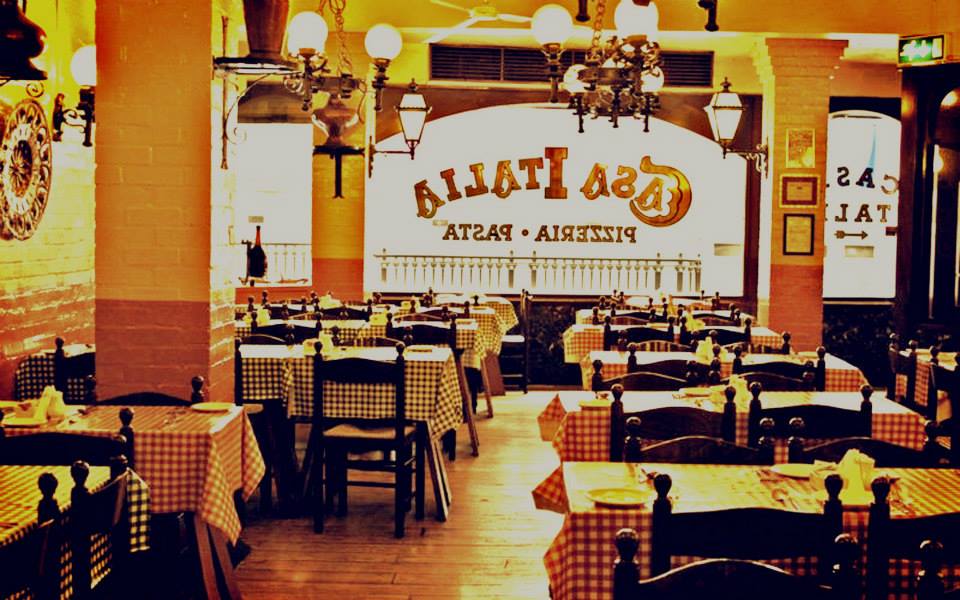 These Liverpool venues have provided top class service and memorable nights out for years and show no signs of stopping.

Whether it’s celebrating special occasions, first dates, business lunches, interviews or unforgettable nights out, these Liverpool venues have played their part in our lives at one point or other. From intimate gigs at Heebies, graduations family banquets at Yuet Ben and hang-over busting brekkies at the Tavern, Smithdown, dining out and raising a toast is something us Scousers absolutely adore. 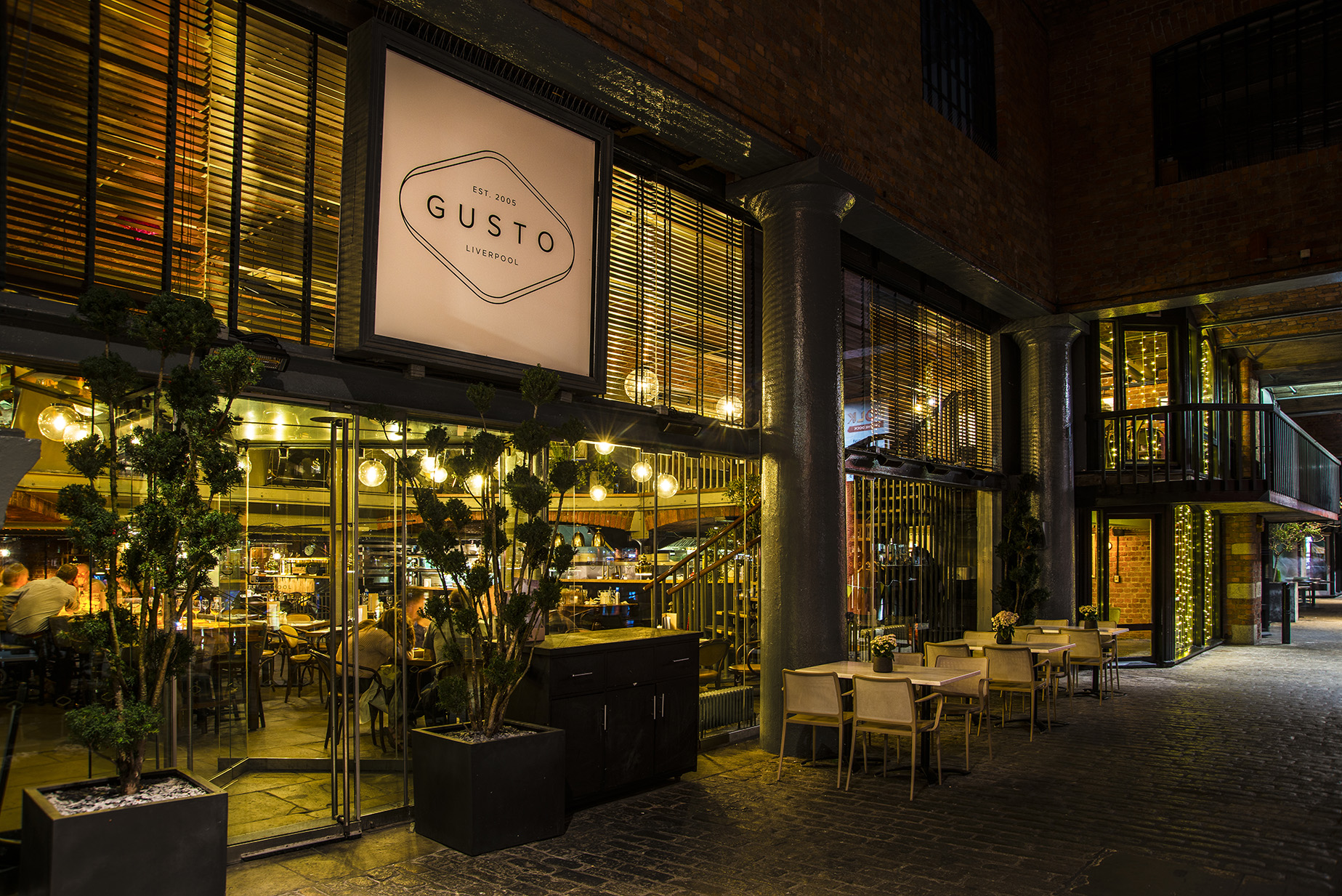 Despite being a national chain, Gusto Restaurant & Bar at Albert Dock has felt like an integral part of Liverpool since it’s opening in 2006. A popular choice among famous faces (the late, great David Gest attended the launch party) Gusto has welcomed the likes of Jurgen Klopp, Xabi Alonso, BBC Strictly star, Anton Du Beke, the cast and crew of Hollyoaks are regular visitors alongside presenter and model Cat Deeley. Serving up top class Italian cuisine, customers fall in love with the food and the stunning location as well as the atmosphere at Gusto where parties of up to 40 people are regularly accommodated and sell-out fundraisers amass thousands for local charities. Our very own Jay Hynd was transformed into a real life Elf on the Shelf there too. 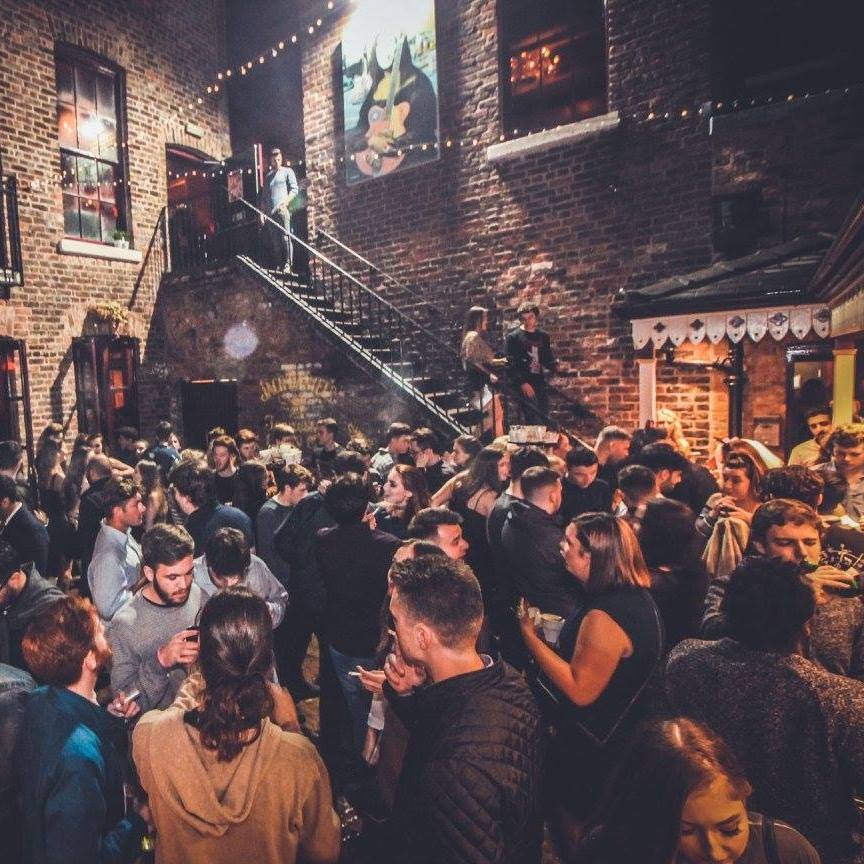 Since the mid 90’s, Heebies Jeebies has been carving out it’s own unique place in Liverpool nightlife and we’ve loved every year of its evolution. Heebies (to those who know it well, which is everyone) started life as a shipping merchant house and transitioned into a jazz club and has since hosted all manner of club nights, indie gigs, DJ sets, tattoo conventions, summer festivals and everything in between. Catering for Liverpool’s after-work drinkers, students, hipsters, tourists and late-night revellers alike, Heebies and underground club, EBGB’s has a shot, a short, a pint or a kick ass crazy afternoon tea in the courtyard for you. What’s your best Heebies night out memory?

Established in 1974, Cafe Tabac has been at the heart of Liverpool city Centre Bohemian Cafe/bar scene for over 40 years. Undergoing a revamp and is calling out to former and current customers to share their pictures and memories from over the last four decades. Famous fans include  Frankie Goes to Hollywood frontman, Holly Johnson and Scouse actress Margi Clarke,  European style café bar with a Bohemian feel, attracted Liverpool’s artists, actors, singers and performers amongst its clientele over the years.
Tabac is boss. transitional venue, breakfast to cocktails, go to pit stop for veggies in the city, loved by tourists, 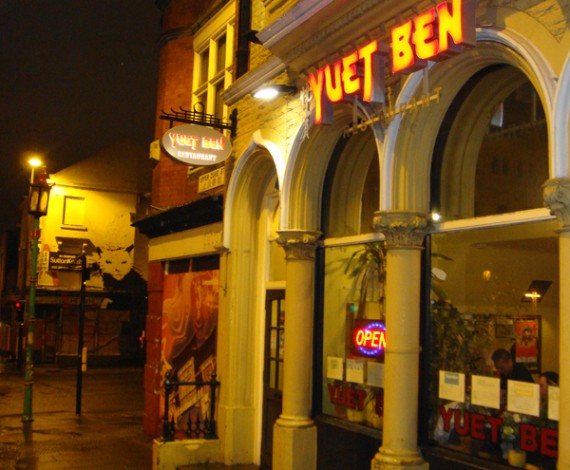 1968 Liverpool The Yuet Ben Chinese restaurant on the corner of Upper Duke Street and Berry Street (known locally as the Yuueeee) has been in business for 50 years! Famous diners at this stalwart of Chinese cuisine include Sir Cliff Richard, Henry ‘The Fonz’ Winker and LFC legends Alan Hansen and Kenny Dalgliesh. You only have to glance at the TipAdvisor reviews to understand why people love this plac, the food and the owners Terry and Theresa so much. ‘The Taxi Driver recommended it’, ‘Don’t order off the menu, ask the owners to prepare a meal for you’, the quality speaks for itself. When you’re in need of a great value, filling Chinese, you’ll never go wrong with the Yuet Ben. 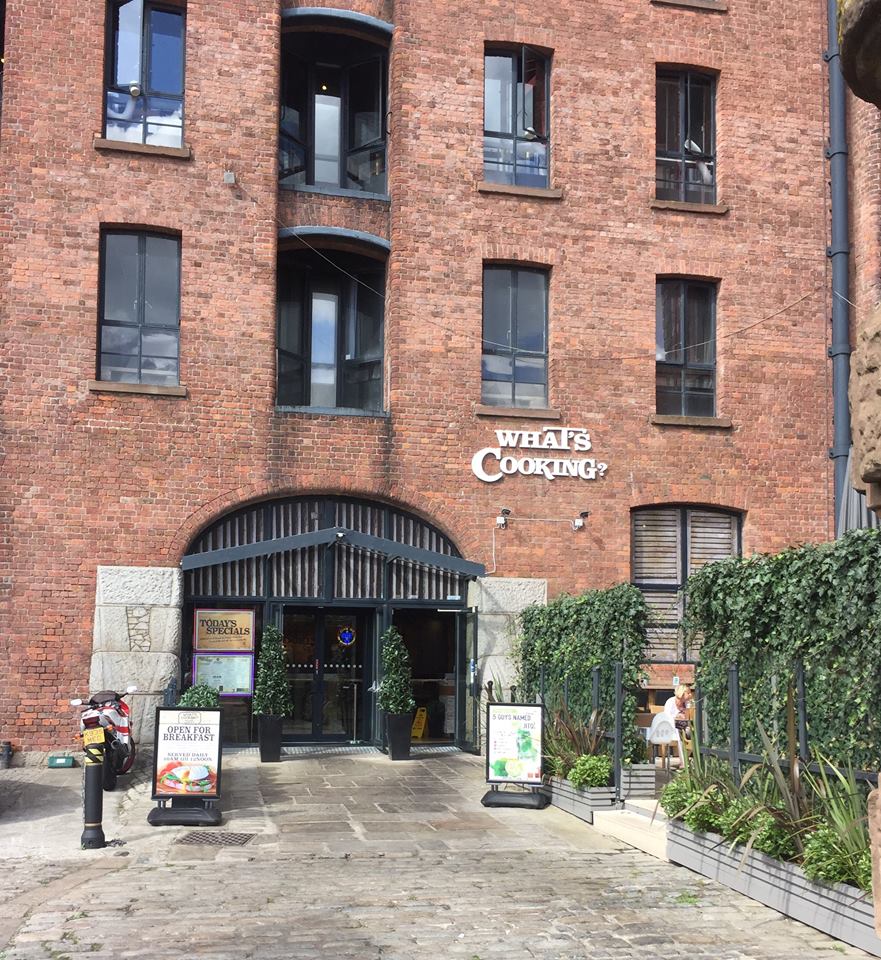 The Albert Dock’s longest serving restaurant celebrates it’s fabulous 40th this year. Famed for it’s huge portions, ‘burgerlicious’ mains and frothy milkshakes, What’s Cooking has served up hangover busting breakfasts, hearty family dinners and vintage cocktail pitchers to the masses, and we still can’t get enough. A favourite amongst Echo Arena gig-goers, What’s Cooking prides itself on doing the basics, right. Locally sourced ingredients and the brilliant staff always get a mention on TripAdvisor reviews and the laid back, casual style of dining makes this Liverpool restaurant a huge hit with locals and visitors alike. 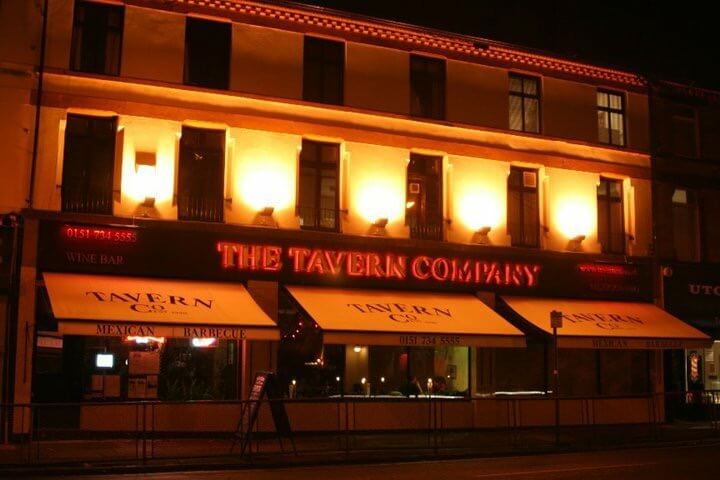 Winner of ‘Nations Best Breakfast’ 2 years running, plus voted Liverpool’s most family friendly restaurant and awarded Trip Advisor ‘certificate of excellence’, The Tavern Co, Smithdown Road has a special place in the heart of all Scousers. From home-made Mexican chillies, barbequed burgers, ribs and authentic creole and seafood dishes and undoubtedly, the best American pancake stack around, the Tavern Co is the only place we’re prepared to queue for breakfast a stupid o’clock on a Sunday morning.  As well as being one of the most intimate, cosy dining venues, perfect for a date with your loved one, or getting your mates, kids and dogs together for a huge feast, The Tavern Co consistently serves up top class food and service that has had us coming back for years. 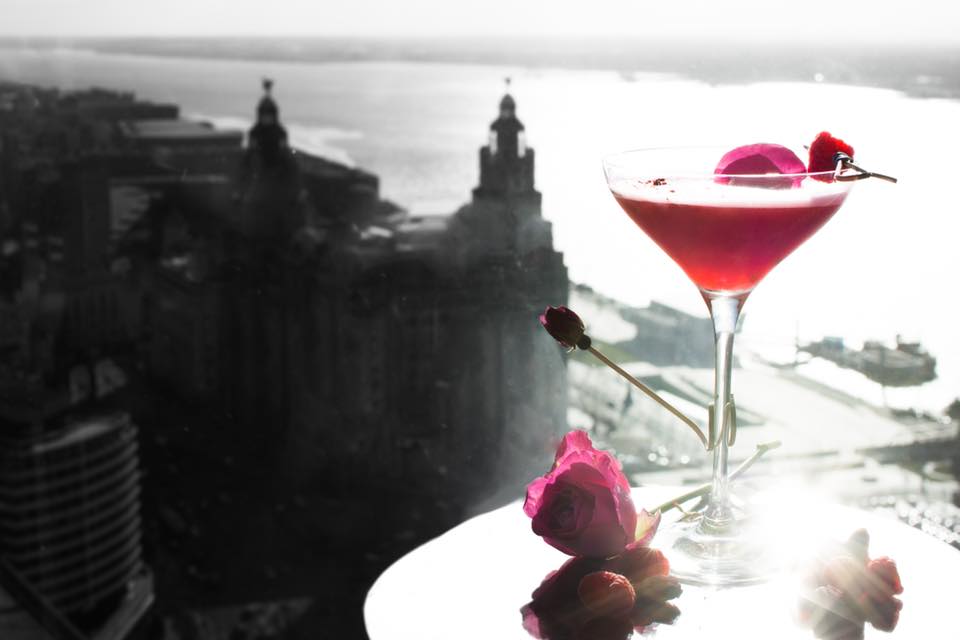 For 10 years diners have been able to enjoy an unrivalled view the stunning Liverpool skyline while dining on the finest cuisine or sipping a glass of bubbles at Panoramic 34. From its position 300ft above the city at West Tower, this unique restaurant and bar quite literally elevates a dinner date, meeting or special occasion, like no where else. Run by Chief Exec Cathy Frost and her team, Panoramic 34 offers world class service from the continually evolving menu to the changing tides and seasons you enjoy from your seat. 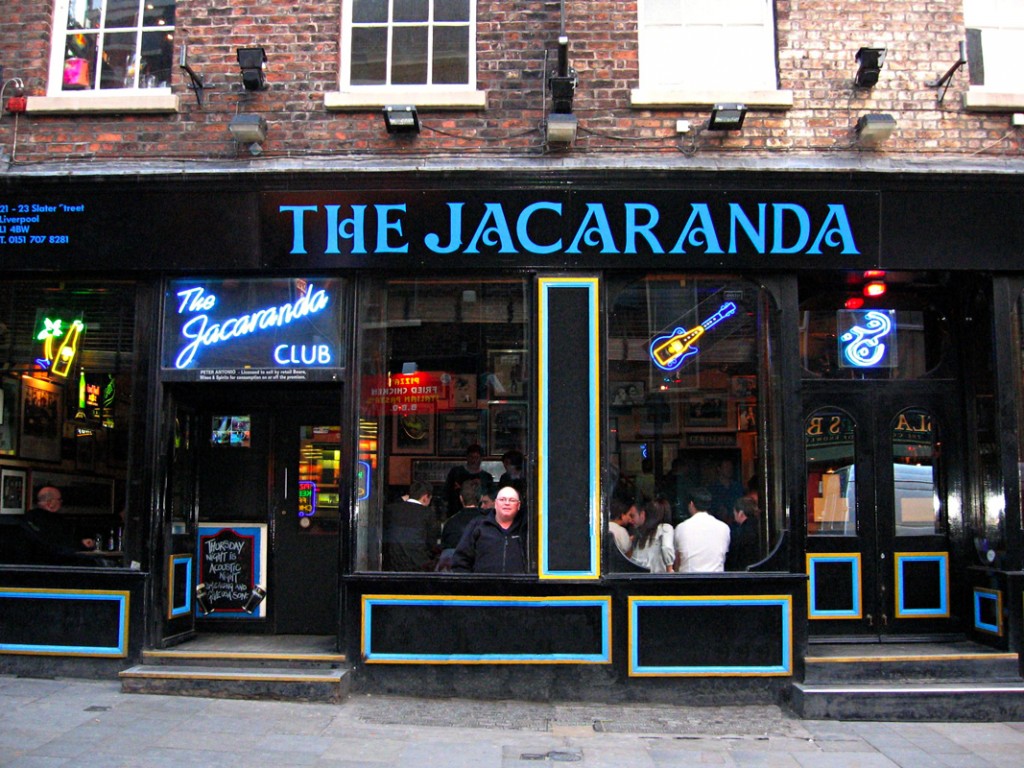 Opened originally in 1954, The Jacaranda, or The Jac as it’s known locally, is a living part of Liverpool’s famous Merseybeat era. From it’s jukebox and post-war Italian espresso machine, beloved by 50’s teens, to getting Lennon & McCartney redecorating the venue in exchange for using the basement area to rehearse, The Jac is as popular today as it was then. Spread across three floors and including a record shop, this iconic venue is still going strong as a premium performance space that literally launches careers. 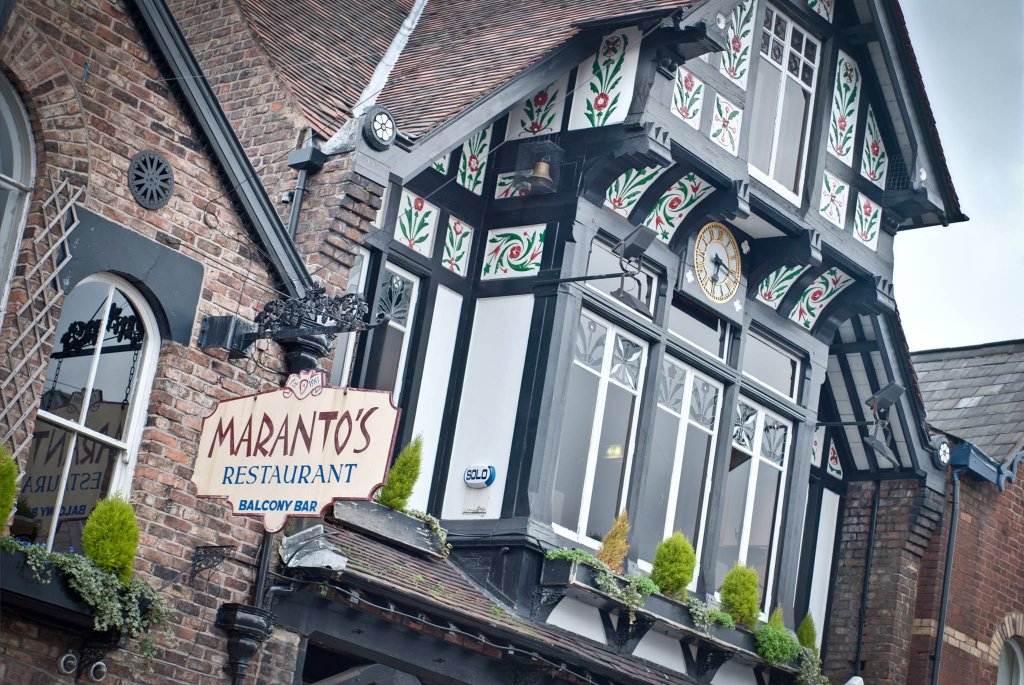 Did you know that family favourite restaurant, Maranto’s on Lark Lane opened 35 years ago this year? Posting pictures of the original restaurant up on its Facebook page has brought about lots of fond memories from life long fans, former staff, the ever changing student community and even those who have worked on the bohemian Lark Lane since the 80’s. Steve Maranto and family, huge supporters of the local L17 community, opened the restaurant, housed in a Grade 1 listed building, in 1983 and have since served up great quality food and service that we’ve come to know and love. 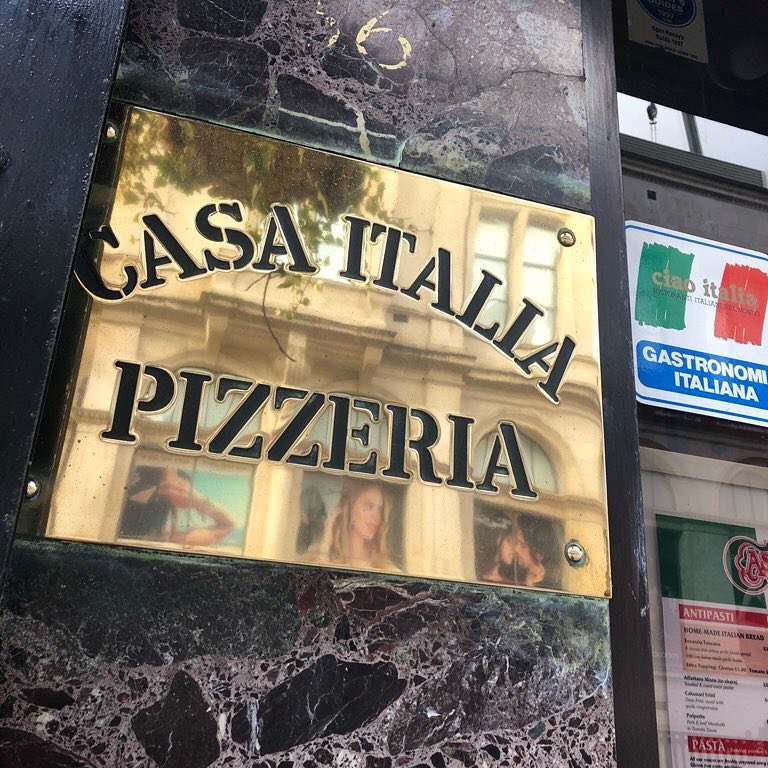 Serving up generous portions of hearty, Italian cuisine and the best wine, Casa Italia truly brings the essence of group dining to Liverpool, and has been for more than 40 years. Popular day and night, this Stanley Street stalwart has welcomed generations of local families and famous faces including Kylie Minogue, Robbie Williams and Liam Gallagher (probably not together) since 1976 and continues to offer up freshly prepared meals from the pizza dough to the tiramisu. For a guaranteed, authentic taste of Italy, and a selfie with Eleanor Rigby’s statue, it has to be Casa Italia.

What’s your favourite Liverpool restaurant? Have you been going to the same place for years? Drop us a line on Twitter, Facebook or Instagram and tell us why you love dining out in Liverpool so much.