8 exciting reasons to check out Escape Live Liverpool - The Guide Liverpool
Contact Us Advertise with The Guide Our Video Services Follow us:

Escape Live Liverpool is the city’s newest escape room venue, and if you haven’t been there – what are you waiting for?!

Located in heart of Liverpool ONE, it’s Escape Live’s first top-class venture in the North, and it’s saved its best experience yet for us.

So while the aim is to make a break for it, here’s 8 reasons why you’ll be captured by this great new attraction. 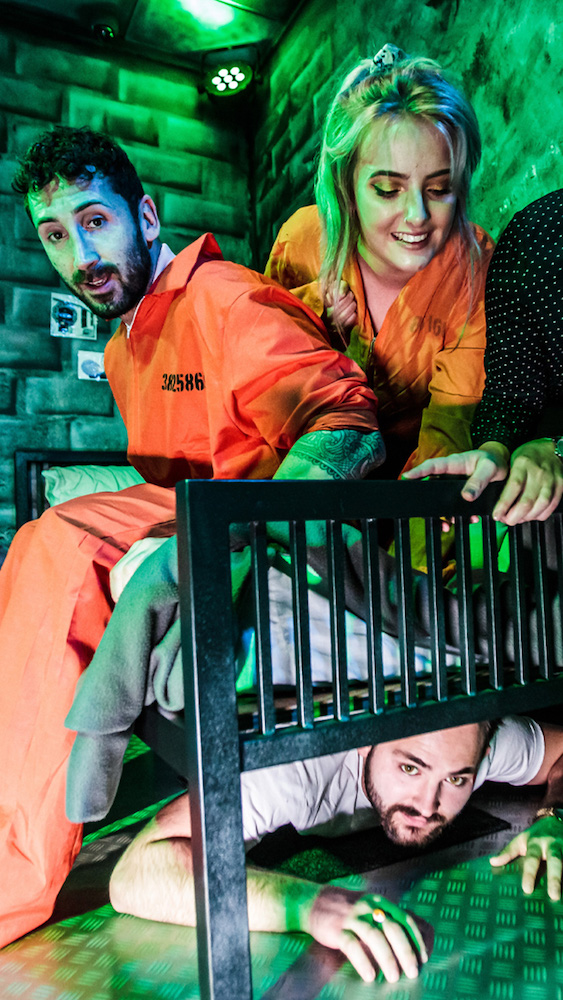 Reckon you can escape?! You need to work in a team of 2-6 people to solve puzzles in an immersive, 360 room, where everything is a potential clue.  There’s only 60 minutes to break free from a locked room before it’s too late. You and your mates have to work together to find the clues if you’re going to make it out in time. Have you got what it takes? 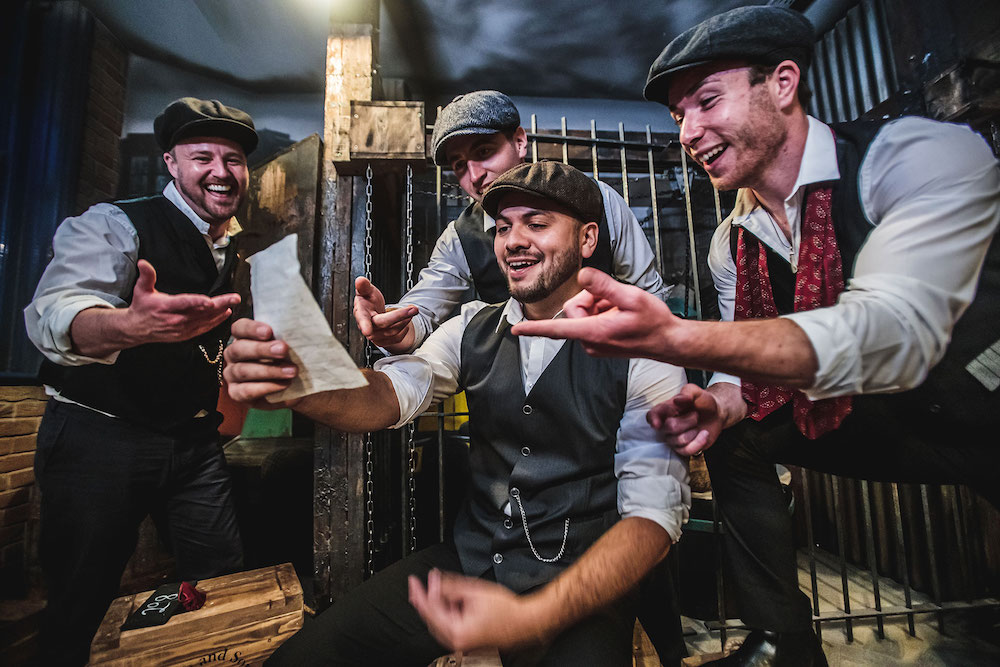 Escape Live has the ONLY official Peaky Blinders rooms – and there’s not one but two. Based on the popular BBC TV series, you’ll take on characters, locations and scenarios from the Shelby’s adventures. In ‘Double Cross’ London crime boss Alfie Solomons has summoned Tommy Shelby to his ‘bakery’ in Camden Locks and the Peaky Blinders have sent you to infiltrate Alfie’s gang to find out what he wants.  In ‘The Raid’, there’s an assault on the bookies planned and Tommy’s instructed you to find anything incriminating and destroy it before Campbell’s men arrive.

Could you be a real Peaky Blinder? These rooms will test your mobster skills to the fullest. 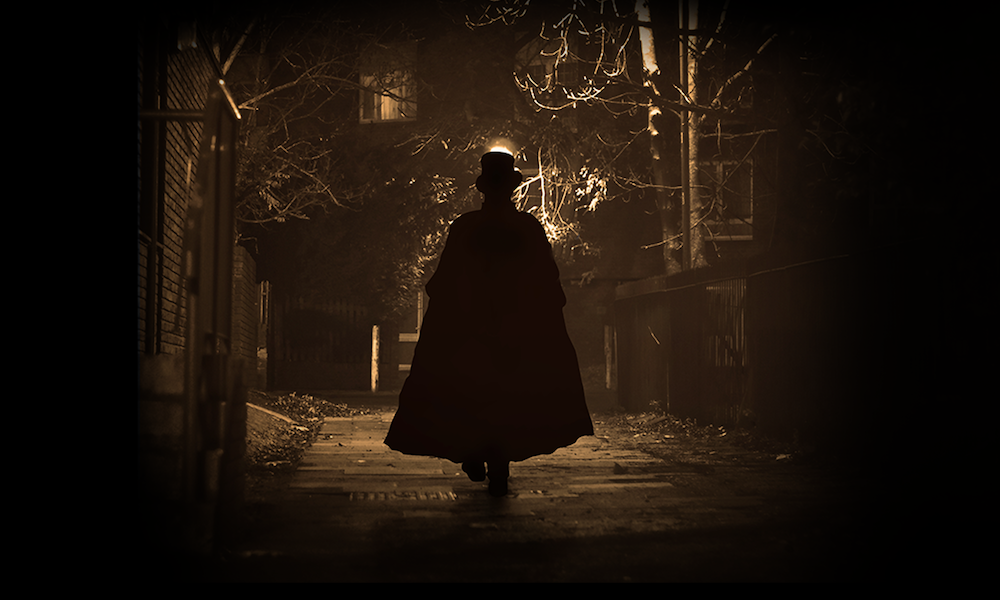 Not for the faint-hearted; ‘Jack the Ripper’ is a seriously spine-tingling escape room. Someone is claiming to know the identity of the notorious killer and you need to find him before Jack does. But can you stand the suspense – and will the feeling of being patted on the back or rats running across your feet spook you out before you crack the code? That’s right, Jack might be in the room with you!

A world first, even for Escape Live, is their new Horrible Histories room for kids and families, voiced by creator of the cult series himself, Terry Deary.  Three artefacts are missing from the Horrible Histories Mystery Museum and you’ve got to travel through time to find them and return them to the present.

Designed from the ground up for families and history lovers, there will be hilariously horrible facts to find and learn, different time periods to travel through and multiple endings!

5 – Lose yourself in a virtual world 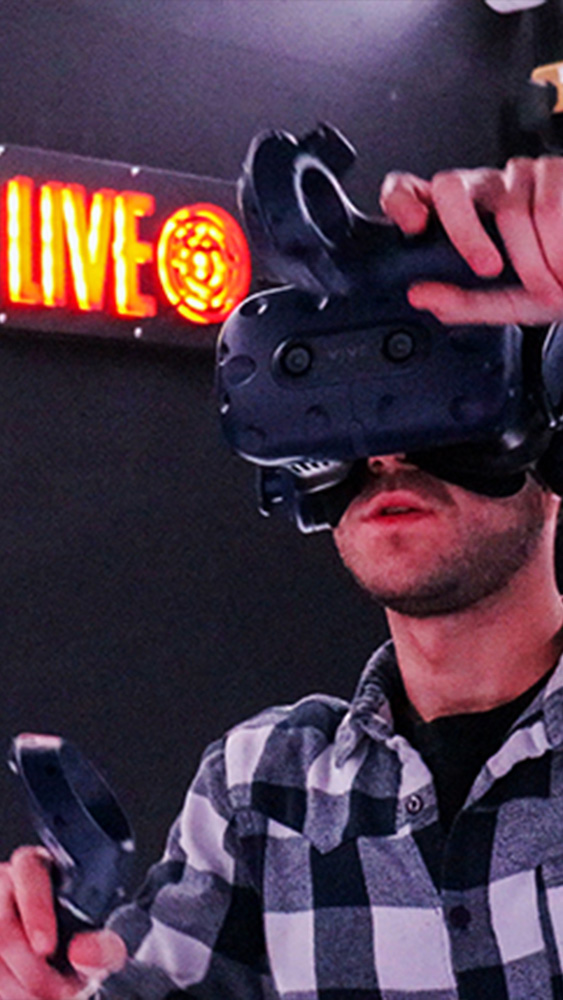 You can enter the virtual reality escape arena and immerse yourself in a range of awesome adventures from Alice in Wonderland to the pyramids of Ancient Egypt, the House of Fear, The Prison and more.

Escape Live has their own range of virtual reality escape games from Ubisoft, including some set in the world of Assassins Creed. You’ll be able to see and hear your friends in a virtual world, but will you beat the game?

Get the adrenaline pumping with an escape room challenge, before enjoying a drink with your friends in Escape Live’s private room. It’s just the thing for memorable birthday parties, stag or hen dos – or even a corporate gathering (if this doesn’t break the ice and build those teams, nothing will).

You’ll feel like a VIP in this exclusive room, you can even tag on a bucket of beers to really soak up the atmosphere. 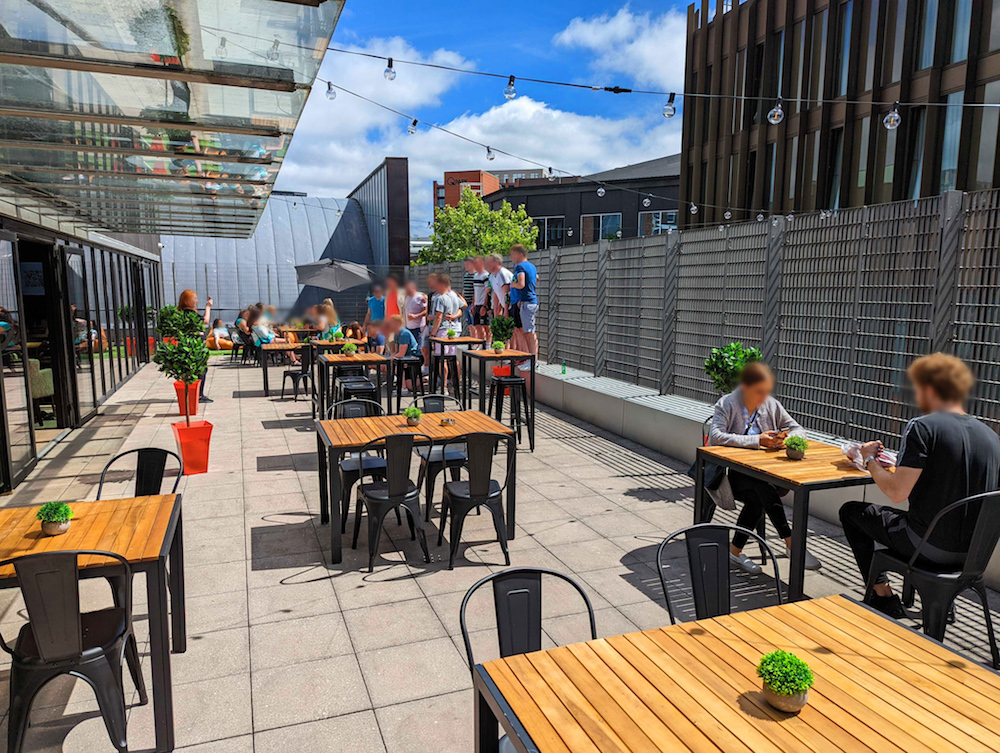 Escape Live’s got an amazing, hidden, roof terrace where you can chill, have a drink and enjoy some sun – before hotting things up even more with amazing game play. Available before or after your game, you can enjoy a day time drink, or head into the night, with their last games running from 9.30pm! 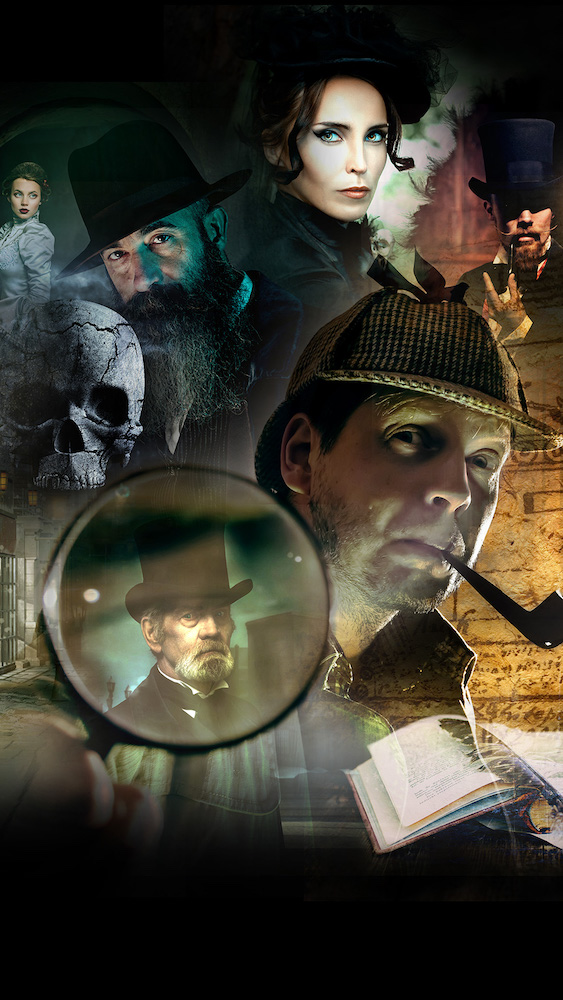 Prison Break and Dr Watson’s Office are just some of the other fantastic escape room experiences you can enjoy at Escape Live Liverpool. Each room is designed to take you to another world, with different puzzles, clues and secrets for you to uncover. As Escape Live Marketing Manager Simon Alnaimi says: “This is the full escape room experience that Liverpool has needed. There’s no better feeling than escaping with minutes to spare, then cracking open a bottle on the rooftop terrace with your mates after.”

Make your booking on the Escape Live website now.