After 24-hour gym challenge and three top 10 places at the Invictus Games, Liverpool war veteran Stephen has a new goal - The Guide Liverpool
Contact Us Advertise with The Guide Our Video Services Follow us:

After 24-hour gym challenge and three top 10 places at the Invictus Games, Liverpool war veteran Stephen has a new goal

A Liverpool war veteran who smashed a 24-hour gym challenge which helped raise £18,000 for military charities used the epic endurance event to inspire him at the Invictus Games.

Stephen, 39, from Aigburth, suffered life-changing injuries while serving in Afghanistan in 2010, and says: “I think it plays a big part in my training.

“When something is taken away from you without choice, you definitely feel inclined to carry on, to train out of stubbornness more than anything, and to prove to yourself that that can’t be taken away. 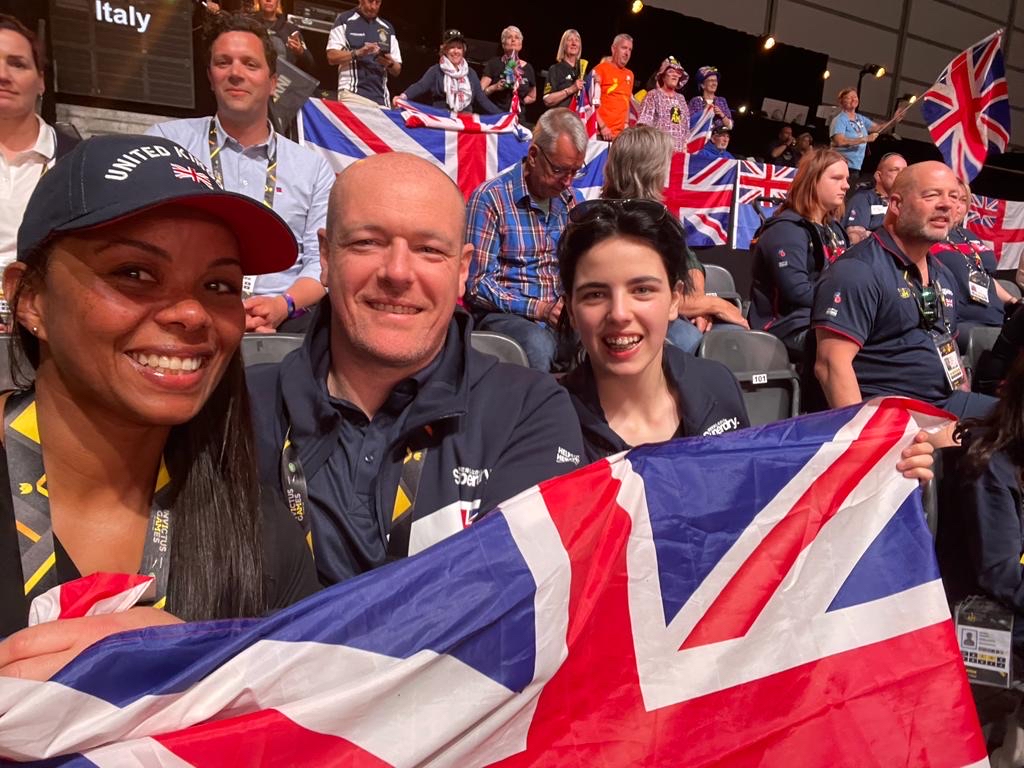 Stephen Ashcroft with his wife, Lenetta, and daughter, Mairiella

“But it’s also the challenge to be the best version of me that I can possibly be, something that’s not a choice for those who are no longer here.”

A father-of-one Stephen, who’s married to Lenetta, aimed to make the top 10 in powerlifting and rowing events at the Invictus Games in April, and was actually placed sixth, seventh and eighth.

“That blew me away,” says Stephen, who’s studying for a PhD in Plant Genetics at Liverpool University. “I was buzzing – and I’m not easily moved.

“I got sixth place in powerlifting, seventh in the one-minute row and eighth in the four-minute row, and that was out of 90 competitors.  I tried to stay quite chilled, but I got really nervous before the games.

“I was made up with the results, they went beyond anything I had expected.” 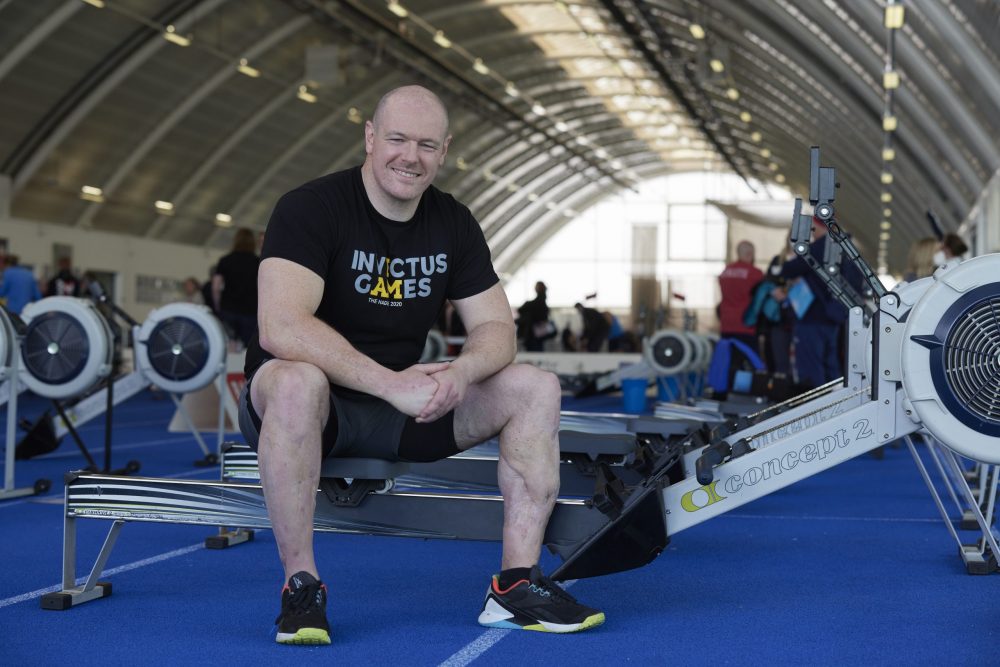 Stephen will now be one of a team of four competing in the National Fitness Games from Origin Gym in Speke where he trains.

It was there, in February this year, he – joined by current and former servicemen and women, his friends and family, and members of the gym – took part in a ‘Bring Luke Home’ challenge to cover 7 million metres using ski, bike and rowing machines. The distance was that between Kandahar Airfield and RAF Honington, where Stephen was based with Senior Aircraftsman Luke Southgate, who died after his vehicle hit an improvised explosive device (IED) in Kandahar in 2010 when he was just 20.

They achieved 7.4 million metres in just 22 hours and, having set a £7,000 target, actually raised £18,000 for three military charities, Help for Heroes, the RAF Benevolent Fund, and the Royal Air Force charity, the Centurion Fund. 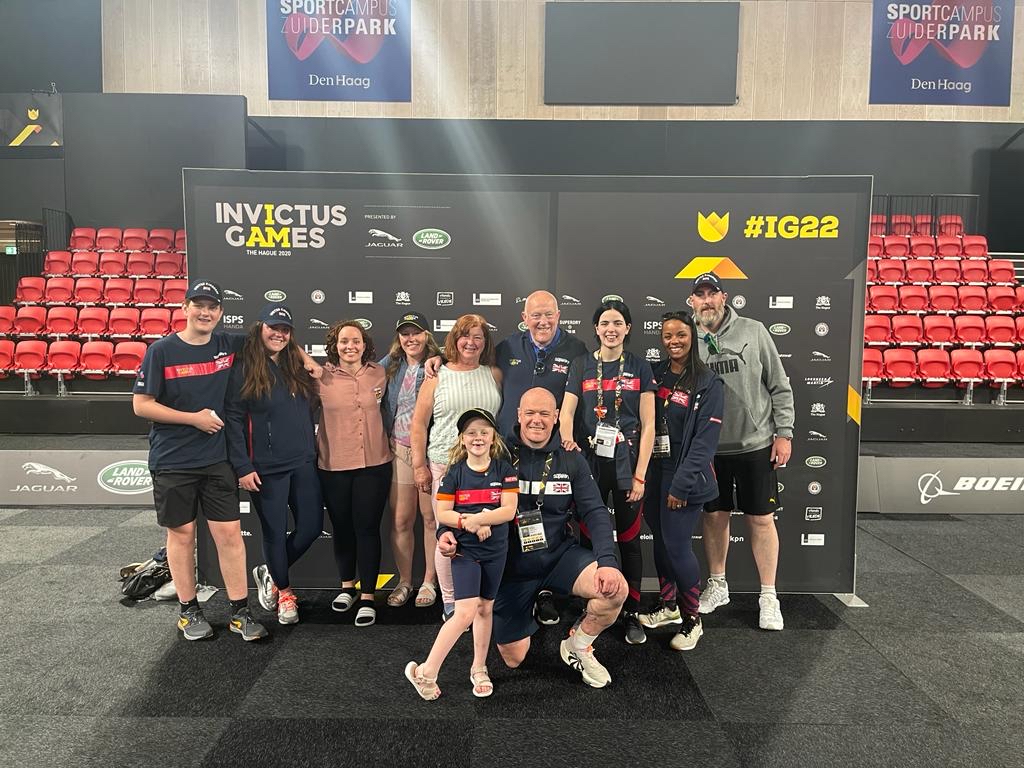 Stephen was injured in the same incident as Luke, suffering an open fracture on his left leg with about 10cm of his tibia blown away, a broken back and facial reconstruction to put his eye back in place and repair his cheek.

He has already had more than 20 operations and faces a further op on his foot, and another on his left leg which will leave him in a frame for six months.

Stephen adds: “I was informed of Luke’s death when I was still in critical care, recovering from my own injuries. It’s difficult to process such a loss when you’re in that position so for me, my memory of Luke remained in Kandahar.

“I came up with the idea to ‘bring Luke home’ after I’d applied for the Invictus Games as a means of keeping his memory alive but also helping me in my recovery. It was my way of honouring him and trying to give back in a small way as especially Help for Heroes and the RAF Benevolent Fund have been there for me. It also laid a lot of issues to rest for me. 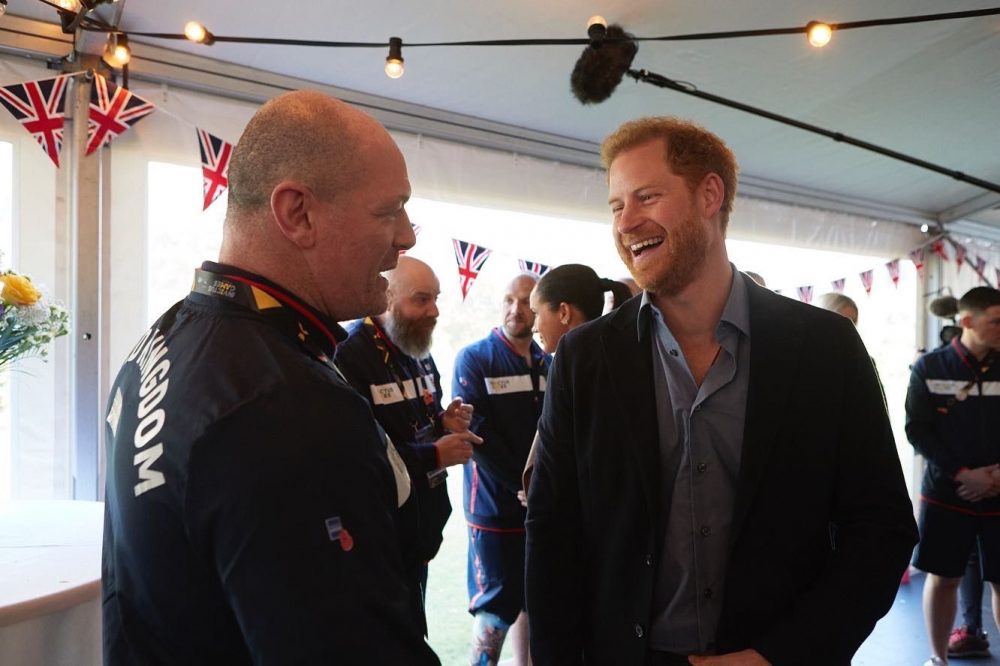 Stephen Ashcroft with Prince Harry at the Invictus Games

“Training for both challenges also changed my opinion of my own fitness and what I’m capable of. We spend a lot of time thinking about what we can’t do in life, but this has given me the motivation to push myself again and see what else I can achieve.

“That’s why I’ve now set my sights on the Fitness Games. It gives me a goal, and motivation to keep on going; having something to focus on makes things better.”