All of the things you can do this weekend in Liverpool (19-21 November 2022) - The Guide Liverpool
Contact Us Advertise with The Guide Our Video Services Follow us:

We’re definitely getting into ‘deccies down from the loft time’ now and if you’re in town you can’t miss how festive Liverpool’s looking.

If you’re not quite feeling it yet, then there’s loads going on in the city to get you in the mood.

Don’t forget, if you fancy making a full weekend of it, you can book to stay at iStay Liverpool HERE. 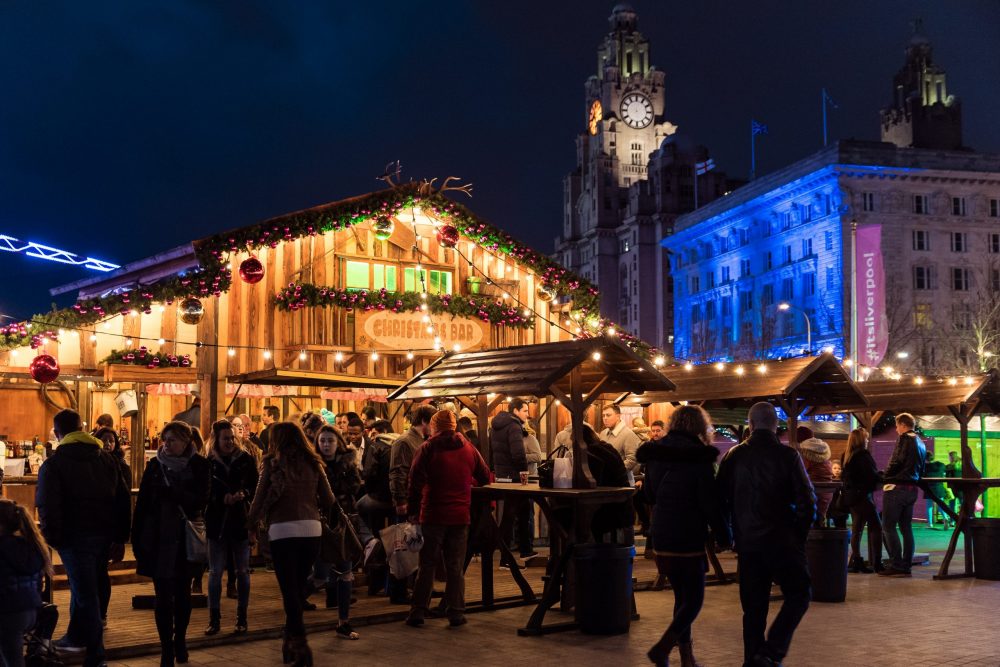 It’s time to get your skates on and show off your best moves (or just hang on for to the side and hope for the best) because Liverpool Ice Festival is back, from this Friday until January 3. It’s at the Pier Head again and as well as the ice rink there’s the giant Ice Slide, rides and festive food and drink at the Alpine Bar. 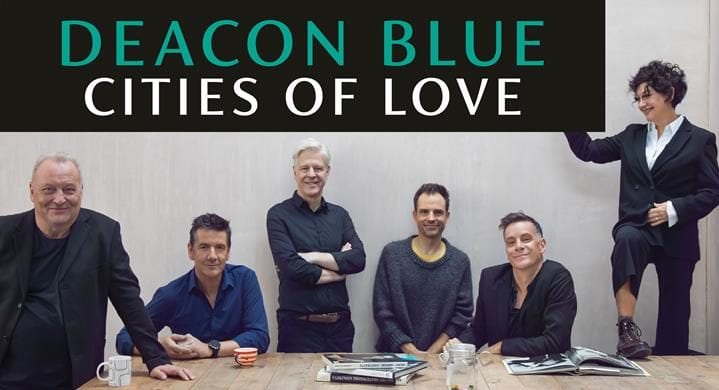 Scottish rock band Deacon Blue always get a massive welcome in Liverpool, they’ve had a big fanbase here for decades, so this one’s going to be a fantastic night, especially as it’s been rescheduled from this time last year. Well worth the wait, expect new songs and hits like Dignity, Real Gone Kid and Fergus Sings the Blues.

MORE - Russel Watson to star in Chicago at the Liverpool Empire

Britney Disco at Camp and Furnace 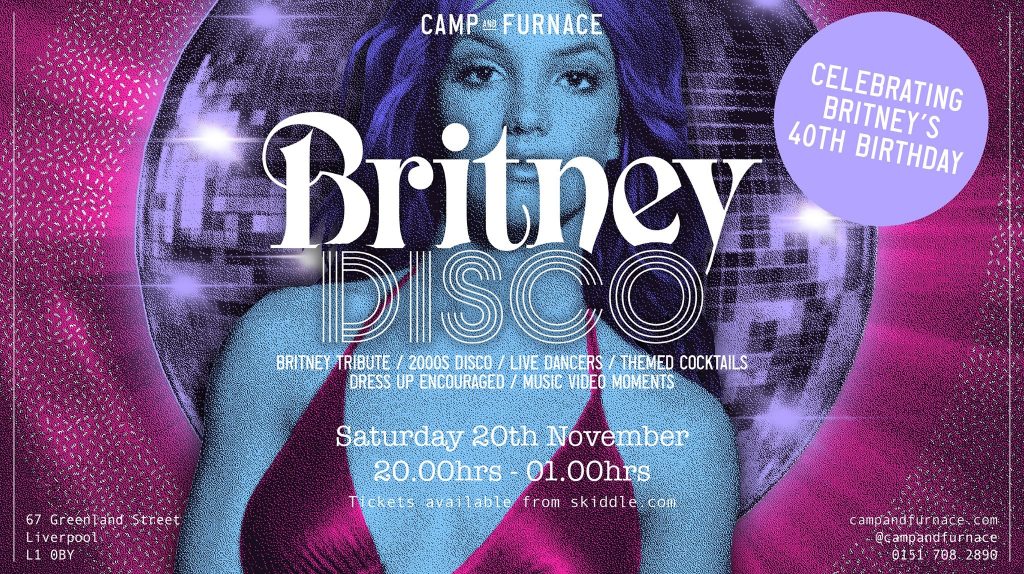 It’s been quite the year for Britney Spears and now she’s topping it off in style – by turning 40 and getting her own dedicated party night on Saturday at Camp and Furnace! Join them in going full-on Britney for the night with a live tribute act, dancers, best-of music videos, themed cocktails and a Noughties disco. 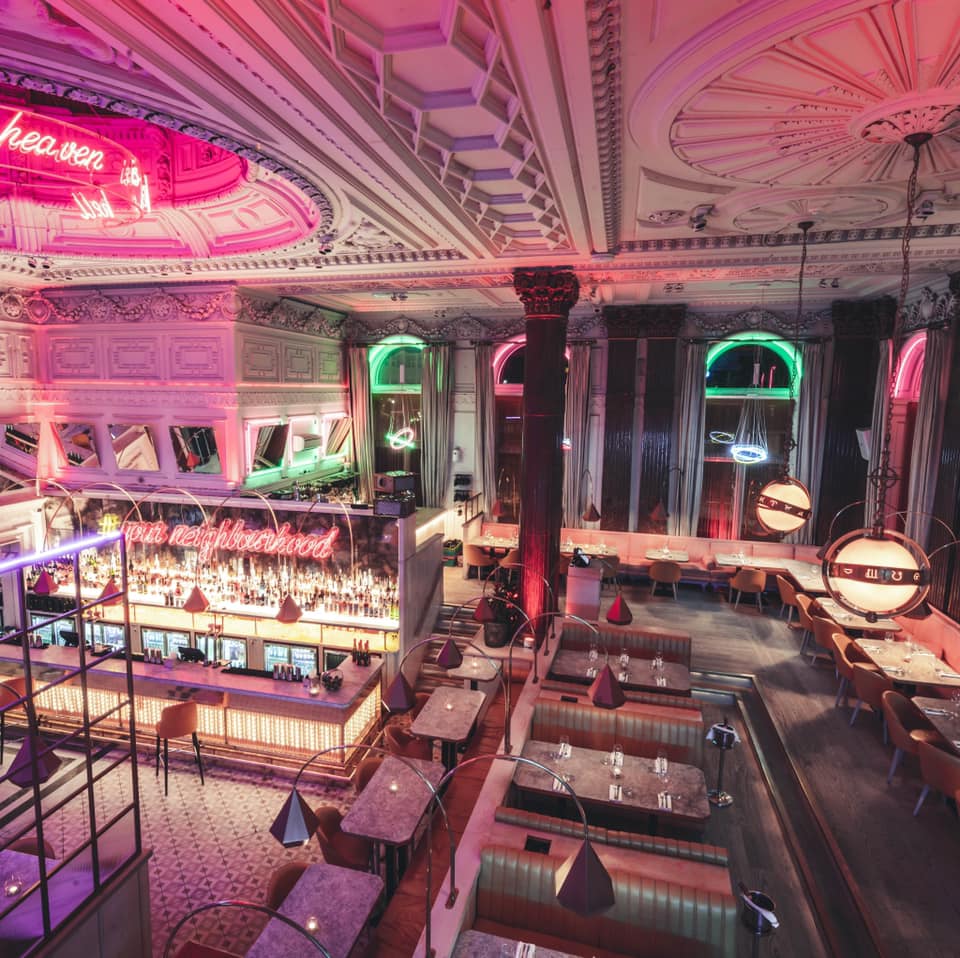 The end of the week’s always worth a little celebration, and at Neighbourhood that means it’s everyone’s favourite time of the day…Cocktail O’Clock. Whether you’re going after work, or it’s for a catch-up night out with mates, head onto Castle Street and try out their cocktail menu including the Sugar Lips, with a choccy kiss. 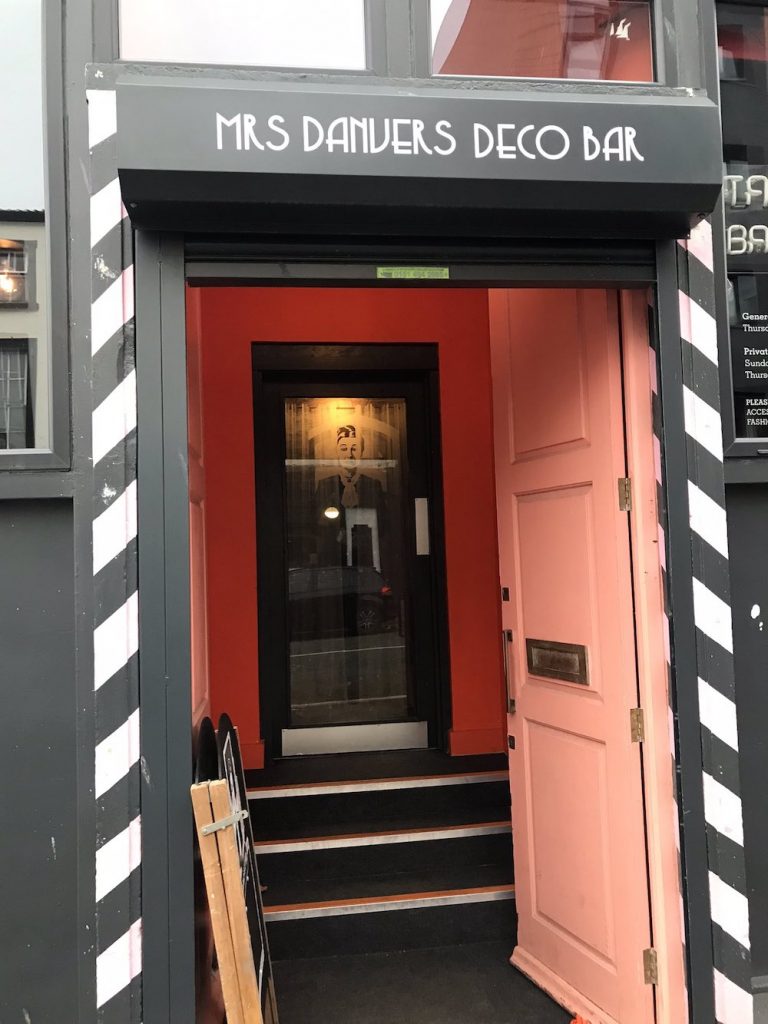 If you thought Mrs Danvers was just about amazing afternoon teas, you’d be wrong. Because now it’s got a new venue, the Deco Bar, there are evening events too! This weekend has an Evening of Clairvoyance with Karen Marshall on Friday, and on Saturday it’s Funnyboyz with bottomless Prosecco and sharing platters. For tickets, DM Mrs Danvers deco bar on social or email [email protected]

Find out more on the Mrs Danvers Twitter page here. 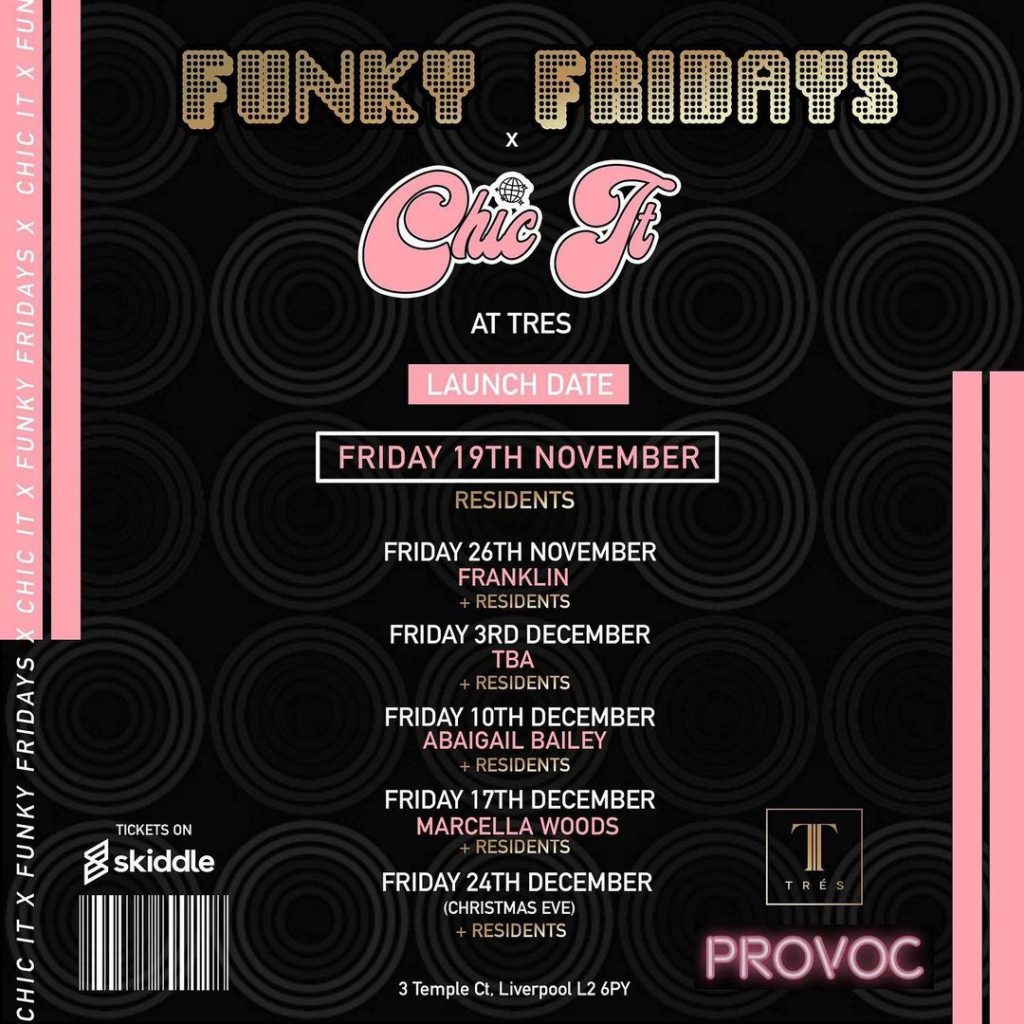 Tres is shaping up to be one of Liverpool’s favourite new venue, delicious cocktails, stunning decor and the perfect back drop to your weekend. Tonight (Friday) a brand new night launches which is set to be filled with funk! ‘Funky Fridays presents Chic It’ will bring some incredible live PAs in the coming weeks and all of the tunes that are sure to get your Friday kicked off in style.

It got off to a cracking start last weekend and Liverpool Christmas Market is still on for Christmas pressie shopping and hot cider drinking this weekend. Around 40 stalls, an Alpine Lodge and Santa’s Village are by St John’s Gardens at the back of St George’s Hall and on William Brown Street, and there’s late opening until 10pm, Friday and Saturday.

We know there’s footy and rugby on this weekend, but there’s also live music and you can get all three in one at Punch Tarmey’s in Cain’s Brewery Village. It’s got a line-up of live music on the main stage on Sunday from 4pm, and on Saturday there’s music from 3pm, a break for the Reds v Arsenal, and back to music from about 7pm in the courtyard and main stage. Plus check out ArCains for all your gaming needs, just next door!

Grease is the word at Liverpool Empire 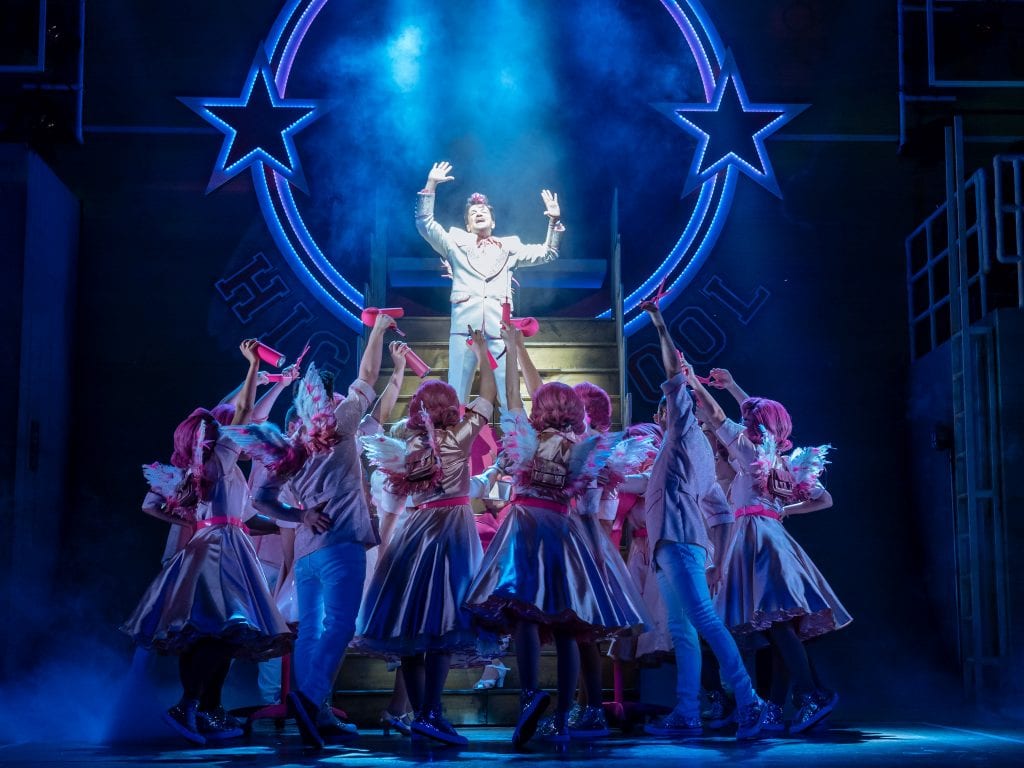 Fans of the film will have a ball with this stage version, on until Saturday. Get all nostalgic with Danny, Sandy and their Rydell High School mates and get ready for big sing-a-long hits like Summer Nights, Grease Lightnin’ and You’re The One That I Want. Not only that, you get special guest Peter Andre as Teen Angel and Vince Fontaine.

This is a sure sign Christmas isn’t far off, especially if you’ve got kids – the beautiful Enchanted Christmas lights trail launches at Knowsley Safari on Saturday until December 30. Once it goes dark, the Foot Safari gets a magical makeover with music, enchanted forest Christmas lights, animal light trail, and toasted marshmallows. (Video above filmed in 2018) 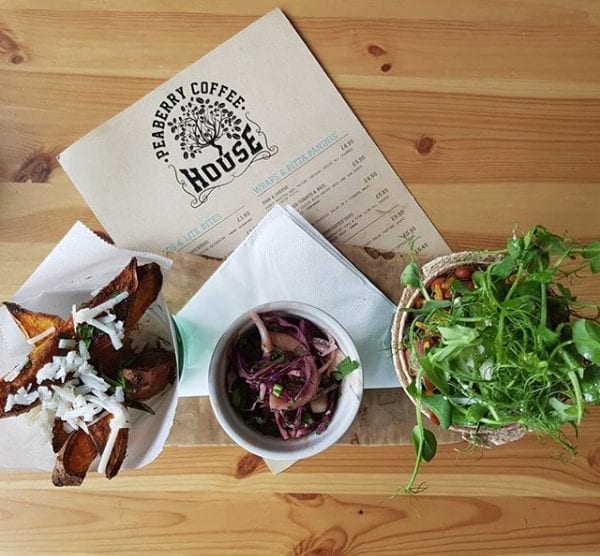 Peaberry on the dock has got a great all-day menu with sandwiches, burgers and classics, but if you can get up early enough (before 12.30pm) then treat yourself to something from their breakfast menu. If you fancy something sweet, maybe brioche French toast with strawberries and Nutella, or mix it up with a full English croissant.

At Point Blank Shooting, you’ve got the ultimate in competitive socialising, as well as booze and bites! And right now you can feel lucky (punk) because there’s some great group packages and fantastic Christmas deals to be had too!

Sunday roast at The Old Stables 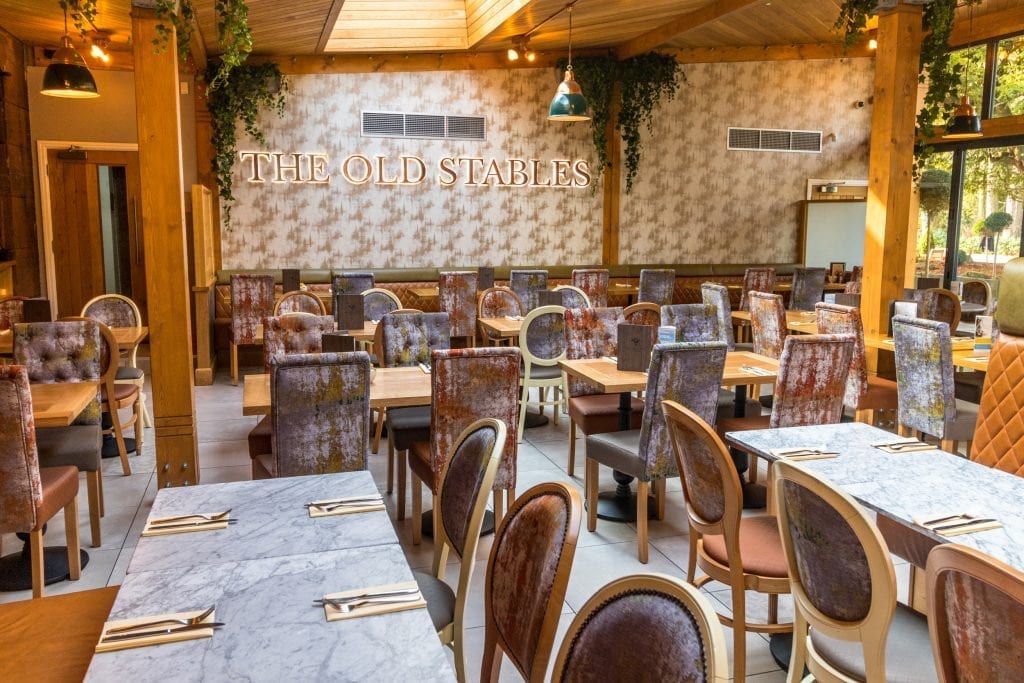 Sundays are all about a big roast dinner and the one at The Old Stables at Allerton Manor is gorgeous. You can choose from two or three courses, and the main event is either sirloin of beef, chicken supreme, honey-roast ham or mushroom strudel. If you can squeeze in a side of truffled cauli cheese you won’t regret it.

Views of Liverpool really don’t get any more stunning than from up at the top of St John’s Beacon so if you’re in the city centre and looking for something different to do, this is it! On a clear day you can see the waterfront, Wirral and as far as North Wales – from over 400 feet up (so make sure you bring your head for heights). 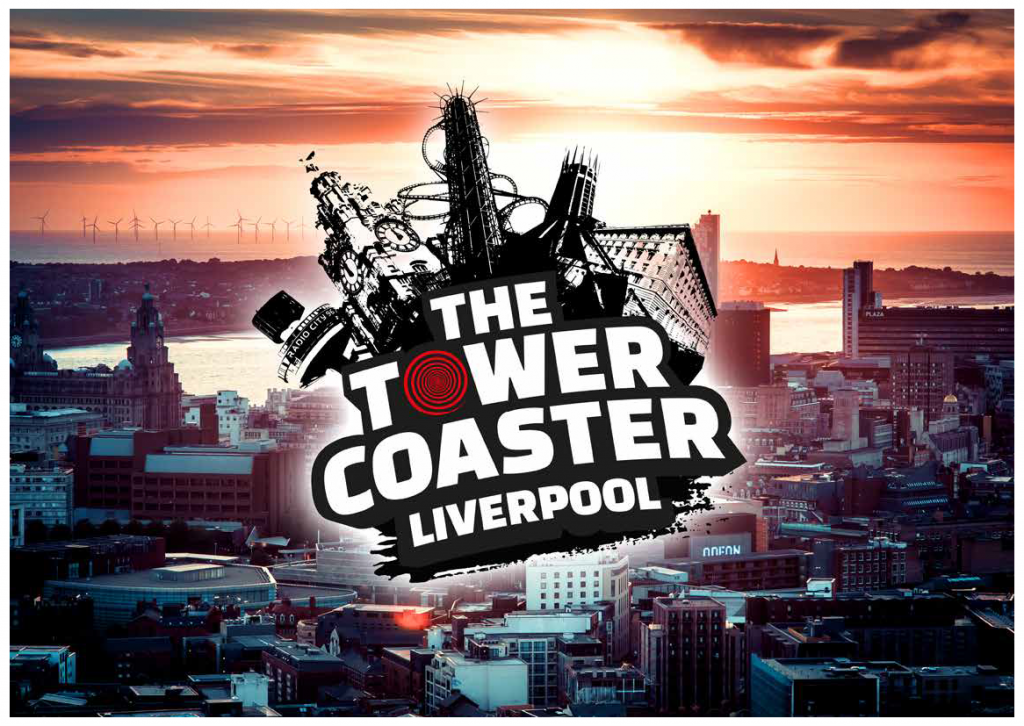 Speaking of having a head for heights, you might need it for this too because it’s absolutely mind-blowing. VR Here on Paul Street has launched the Tower Coaster Liverpool, the tallest and fastest virtual rollercoaster in the North West. It races around at 60mph and from 400 feet up, so you get an incredible view of landmarks like the Liver Building, the Albert Dock and the cathedrals – if you dare to open your eyes!

And here’s a couple to look out for next week:

Everybody’s Talking About Jamie at the Empire 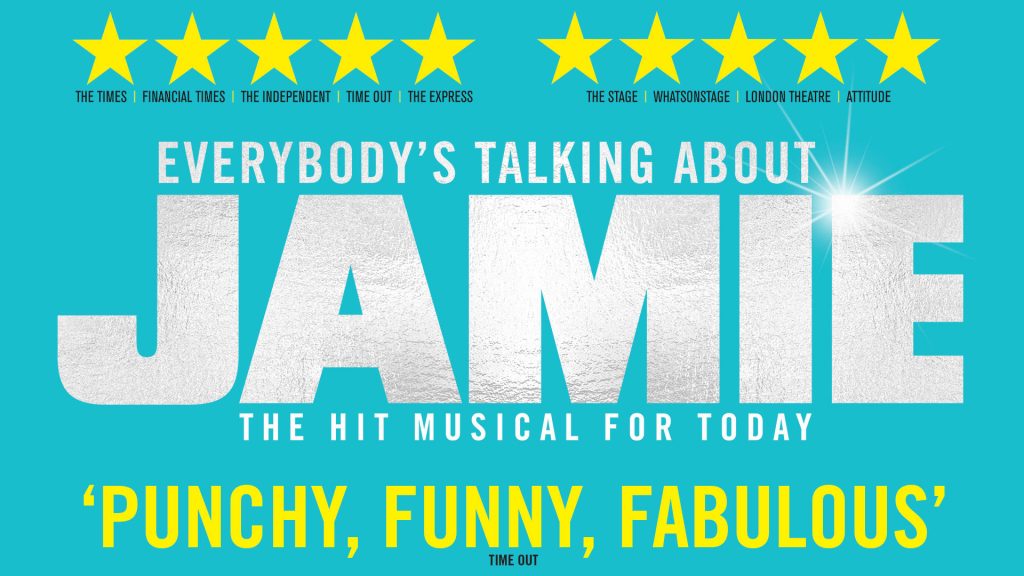 This funny feelgood show about Sheffield teenager Jamie is one of the most talked-about musicals to come to Liverpool in ages, so it’s not to be missed – especially if you’re a Ru Paul’s Drag Race fan because this production stars season 6 winner Bianca del Rio. It’s at the Empire from Tuesday until Saturday November 27. 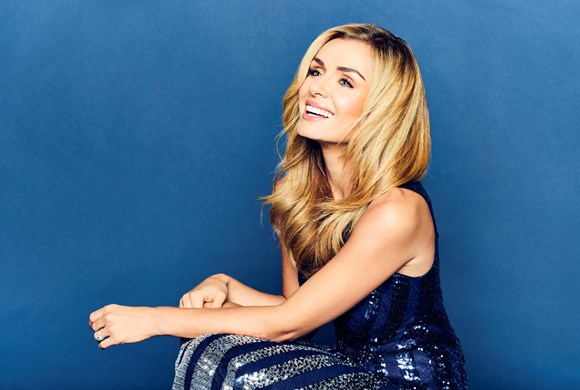 Singer Katherine Jenkins has become a bit of a national treasure and performing live, she’s fabulous. She’s touring with a new album, Cinema Paradiso, featuring songs from some classic films including Moon River from Breakfast at Tiffany’s and Tonight from West Side Story, and at The Phil for one night, on Monday November 22.