Ditch the car and get walking with Liverpool Ramblers’ six top Mersey trails - The Guide Liverpool
Contact Us Advertise with The Guide Our Video Services Follow us:

Today is the day to officially dump the car and get walking instead.

World Car Free Day encourages us to park up our Fords and Fiats and connect with nature, using other ways of getting around.

So we asked Pat Sullivan chair of Liverpool Ramblers, to give us six of the best walks to get us out and about in Merseyside… 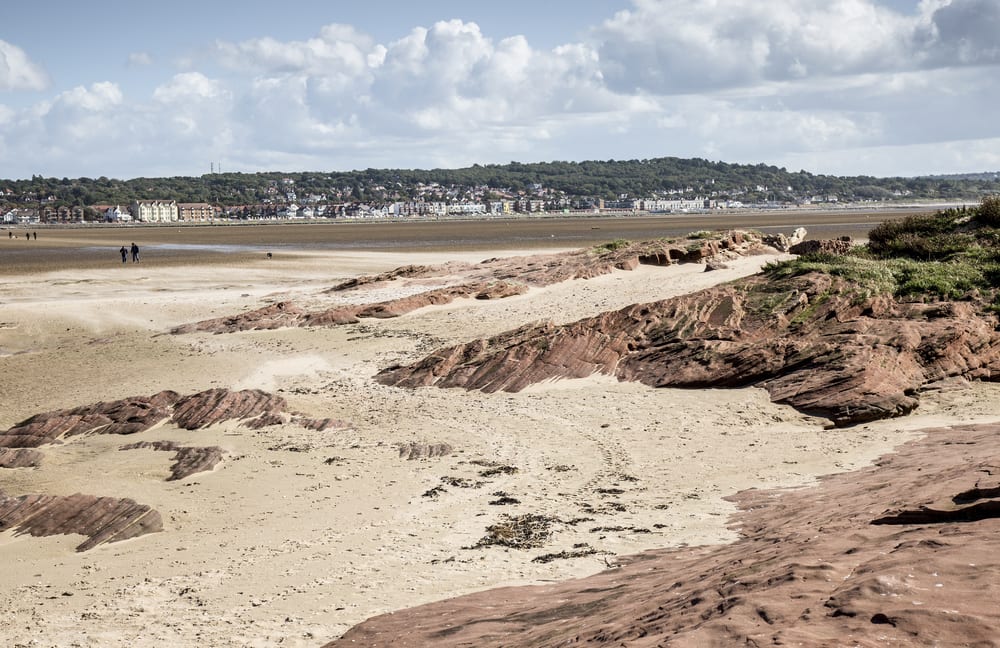 Before you plan your walk check the tides first here.

Head for West Kirby and walk down to the shore and again check the tide notices for safety.

Walk out across the sands at low tide, keeping to the prescribed route. Head first for the small island then the next and then on to Hilbre itself.

You’re promised unique views of the River Dee and across to North Wales, sea birds and seals.

Set off in good time to walk back to West Kirby which will take you a good hour or so. It is essential to keep an eye on the tides for this walk. 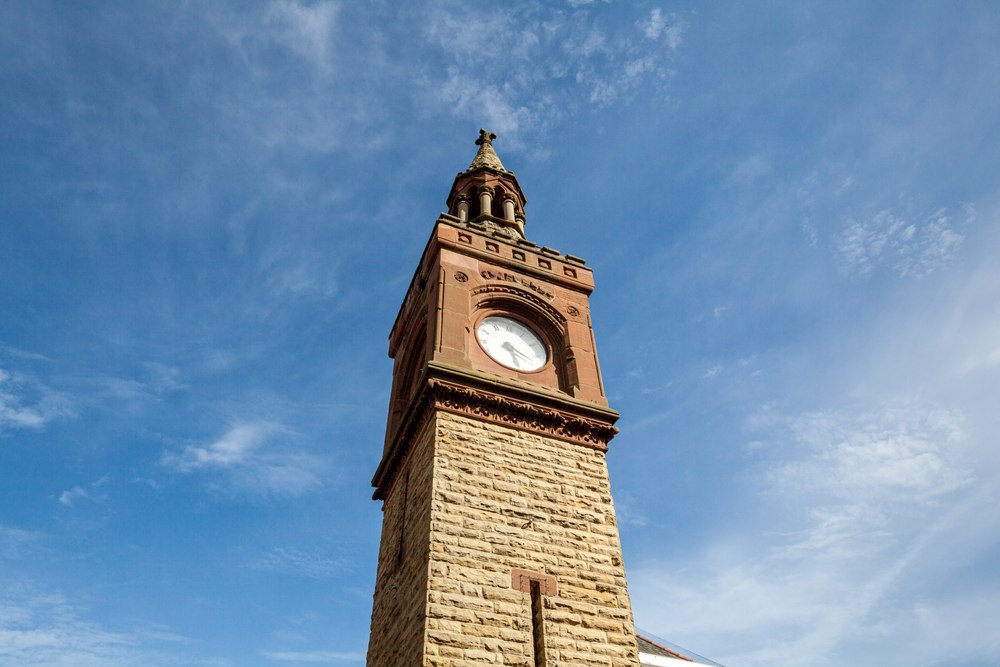 The War Horse Route mostly follows that taken by thousands of horses brought from all over the world to Ormskirk Station via Liverpool Docks. The horses were walked through the streets of Ormskirk to Lathom and the Remount Depot at Lathom Park where they were then trained for service.

Horses and mules were a vital part of the war effort and Lathom Park, one of only three Remount Depots in the UK, hosted more than 200,000 before they carried out their service, sometimes at the front in France.

The circular route is 8.5 miles long, it goes out to Lathom Chapel and returns via cross field paths with some stiles and footbridges. 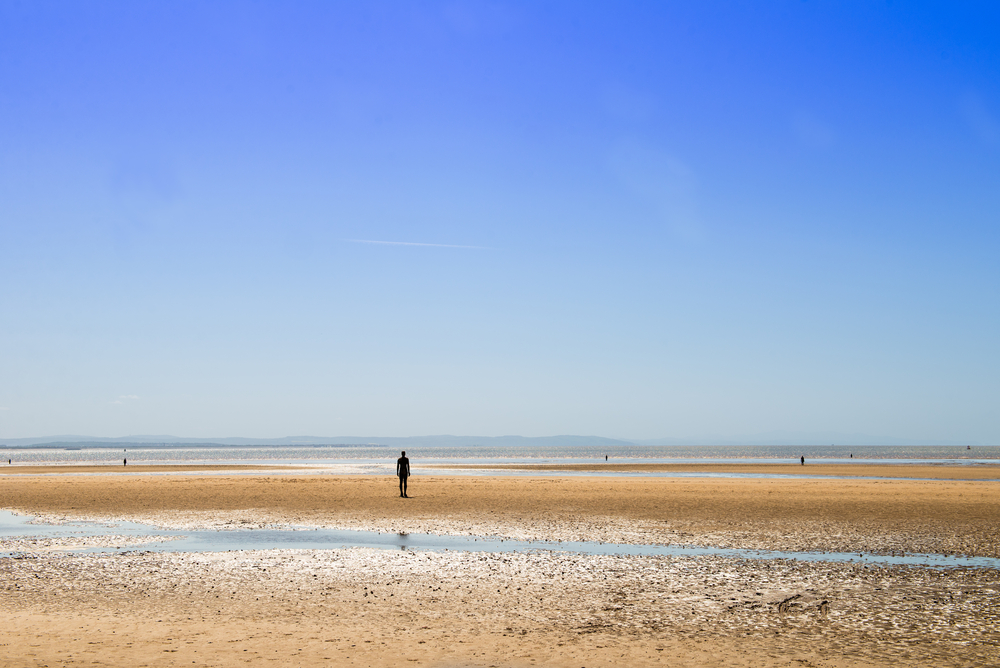 Taking in the Sefton coastline from Crosby to Southport, this route is well sign-posted and a great afternoon walk with plenty to see along the way. It’s about 5.6 miles, and you can start the walk at Waterloo train station and head down South Road towards the Victorian villas, many of which were once occupied by ship captains during Merseyside’s golden maritime age.

The seafront offers amazing views of Liverpool, New Brighton and North Wales and of course, heading towards Crosby Beach you get the chance to wander onto the sands to see Antony Gormley’s famous iron men.

After Crosby beach, carry on along the path towards Hightown (keep an eye out for remains of war bunkers within the dunes).

After reaching the coastguard station, stop to take a look back – and, if it’s a clear day, you will be rewarded with clear views of the Welsh hills and the Wirral coastline.

Leaving the promenade, you can take a more isolated path flanked by grassed areas and stones and rocks before the reappearance of sand dunes towards the end of your journey – before reaching Lower Alt Road and Hightown station.

Allerton Country Walk is around seven miles long (if you include the optional route around Childwall Woods) through the countryside atmosphere of Liverpool’s parks, woodlands, open spaces and public footpaths.

During the two to three-hour walk, you will pass through a landscape full of historical interest along with a wide variety of flora and fauna.

You can get full details from the City Council website here. 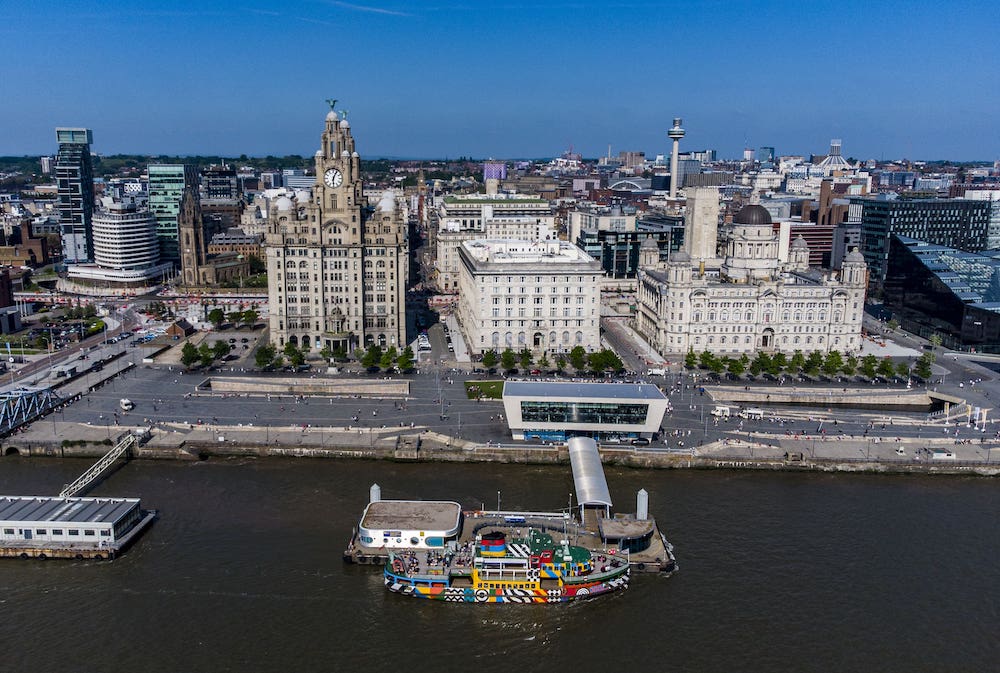 Start by the Cunard Building in the middle of The Three Graces. Walk across to the ferry terminal opposite, turn right and head north along the waterfront past the landing stage. Stop and have a look at the Memorial to the Heroes of the Engine Room. Then follow Prince’s Parade along the river with Prince’s Dock on your right. Go on to the very end then return on the other side of the dock. Walk onto the white footbridge which was designed by an architecture student and won a design competition in 2001. The bridge resembles the ribcage of a whale and is a reminder that whaling ships did once sail out of Liverpool. Maybe pause here and take a photo? Continue on past the Malmaison Hotel and back to the Pier Head .

“Just one mile but a good, invigorating riverside short walk for a winter’s day,” says Pat. “You could go straight on to Walk 2 – or leave that for another day.”

MORE - The Streets to play Liverpool in 2022 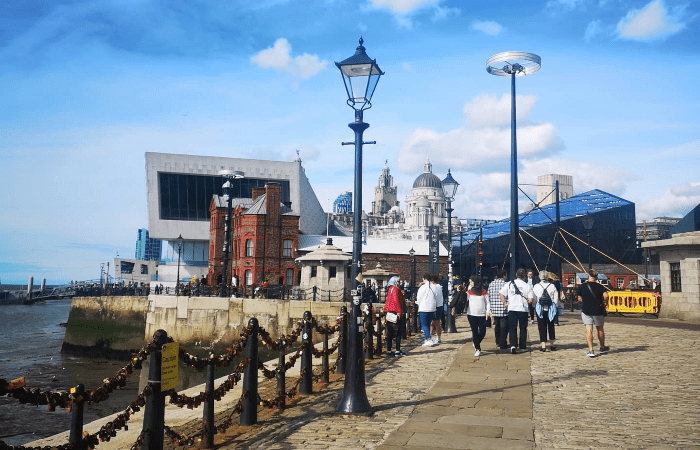 Start again from the Cunard Building. Walk across to the ferry terminal and turn left to head south. First have a look at the memorials and statues close to the riverside. Head on past the Museum of Liverpool and cross the bridges over the Canning Half-Tide Dock. Stroll round our spectacular Albert Dock passing in front of The Tate and take the main exit out. Continue south with Salthouse Dock on your left then go on to the end of Wapping Dock.

Turn back towards the Pier Head along Wapping and Strand Street. As you pass near it take a walk all around the George’s Dock Ventilation and Control Station – there are some fine sculptures on the building and particularly by the main door – can you find it and its two statues of Night and Day? Finally, take a look at, and walk through, Mann Island. On a clear winter’s day all the surrounding listed buildings are stunningly reflected on its black granite and glass.

* Pat says: “All walks are accessible by public transport – the Allerton Walk by bus only – and all the others by Merseyrail or bus – this is a day about not using cars.”

* The Ramblers work all year round to protect, maintain and improve hundreds of thousands of miles of paths, tracks and trails across Great Britain. So, People’s Postcode Lottery – which recently awarded £2million to The Ramblers – wants people to share a photo of their favourite footpath and why they love it.

The winner will receive a year’s free Ramblers membership, offering unlimited access to 50,000 Ramblers group walks and an online library of nearly 4,000 walking routes, as well as the chance to support vital work increasing access to green spaces and boost Britain’s wellbeing.