Everything you need to know about this year's Virtual Liverpool Santa Dash - The Guide Liverpool
Contact Us Advertise with The Guide Our Video Services Follow us:

More than 1,000 people are set to take part in the famous Liverpool Santa Dash – with runners for this year’s virtual event signing up across the UK and as far afield as Dublin, Dubai, Australia and the US.

Covid-19 has put a stop to the traditional city centre festive 5k fun-run which normally happens in the first week of December.

But event organiser Alan Rothwell says the fun will carry on – along with fund-raising for eight great charities. 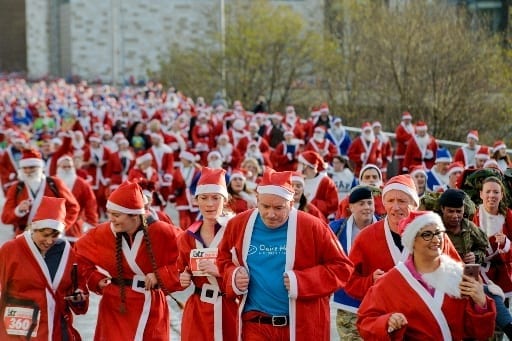 “This is such a popular event which usually kick-starts Christmas in the city,” adds Alan, from BTR Liverpool. “And it’s sad that it’s not going to happen quite like it usually does.

And he smiles: “This year we’ve got the best medals ever too, with a hologram running Santa in the middle. It’s worth taking part for that alone!”

The Santa Dash – the 17th that’s been held – will take place on December 20 this year with runners being asked to take part on their own or with family, or in larger group depending on the restrictions at the time, either near their home or at a sports centre or gym they belong to.

So far 1,130 people have pledged to take part with hopes that there’ll eventually be 2-3,000 runners.

Alan continues: “The motivation to support those charities is still paramount.

“We have all had a disastrous year, apart from the Liverpool Half Marathon in March we haven’t been able to stage any events this year, but the charities we support need our help more than ever.

“And it is important that we keep the profile of the Santa Dash high and make sure everyone puts every bit of effort into it on December 20th” says Alan. “It’s always a sensational day and this year is no different in that respect.

“People will still wear their Santa suits wherever they are running and we can even send them out to people this year if they pay the postage.” 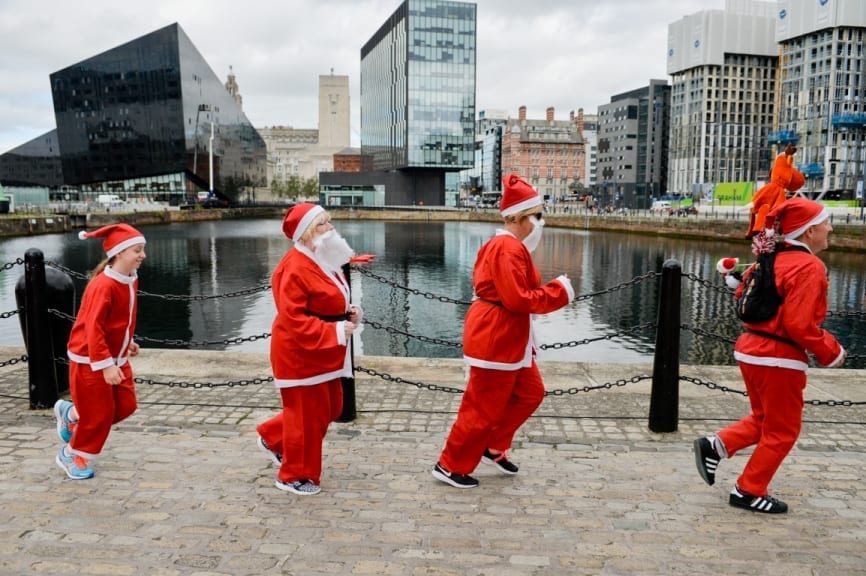 The pop-up Santa Dash shop in Williamson Square (between Matalan and the taxi rank) will be ready to open from this Friday whenever lockdown is lifted –‘whether that’s December 2nd, or 3rd hopefully’ – so people can go in to collect their Santa Suits and it will also have a special Snowflake Wall this year where people can display messages of support for the runners and charities, or leave notes of thanks.

“The Snowflake Wall will be in the window of the shop so everyone can see it as they’re walking past and it will be somewhere people can leave personal messages to someone they know or to one of the event charities the Santa Dash is supporting,” says Alan. “So you can put a smile on someone’s face with a few words of encouragement.

“We also have an online digital message board on our website – www.btrliverpool.com – and it’s amazing the effect a few positive words can have, especially at this time and in the circumstances we find ourselves. You can tell everyone you’re running, who you’re running with, or encourage others to join you (all while sticking to social distancing guidelines of course).”

Alan says: “We are asking people to send photos and let us know about where they’re running, and why they’re running, so we maintain a level of contact and so that people can inspire and support each other.

“There are still plenty of places for people still to take part and support a fabulous event.

“Hopefully we’ll be back again as normal next year but, until then, the Santa Dash is ready to run as ever and it will be as fun an event as ever – join us for the BTR Virtual Liverpool Santa Dash 2020″