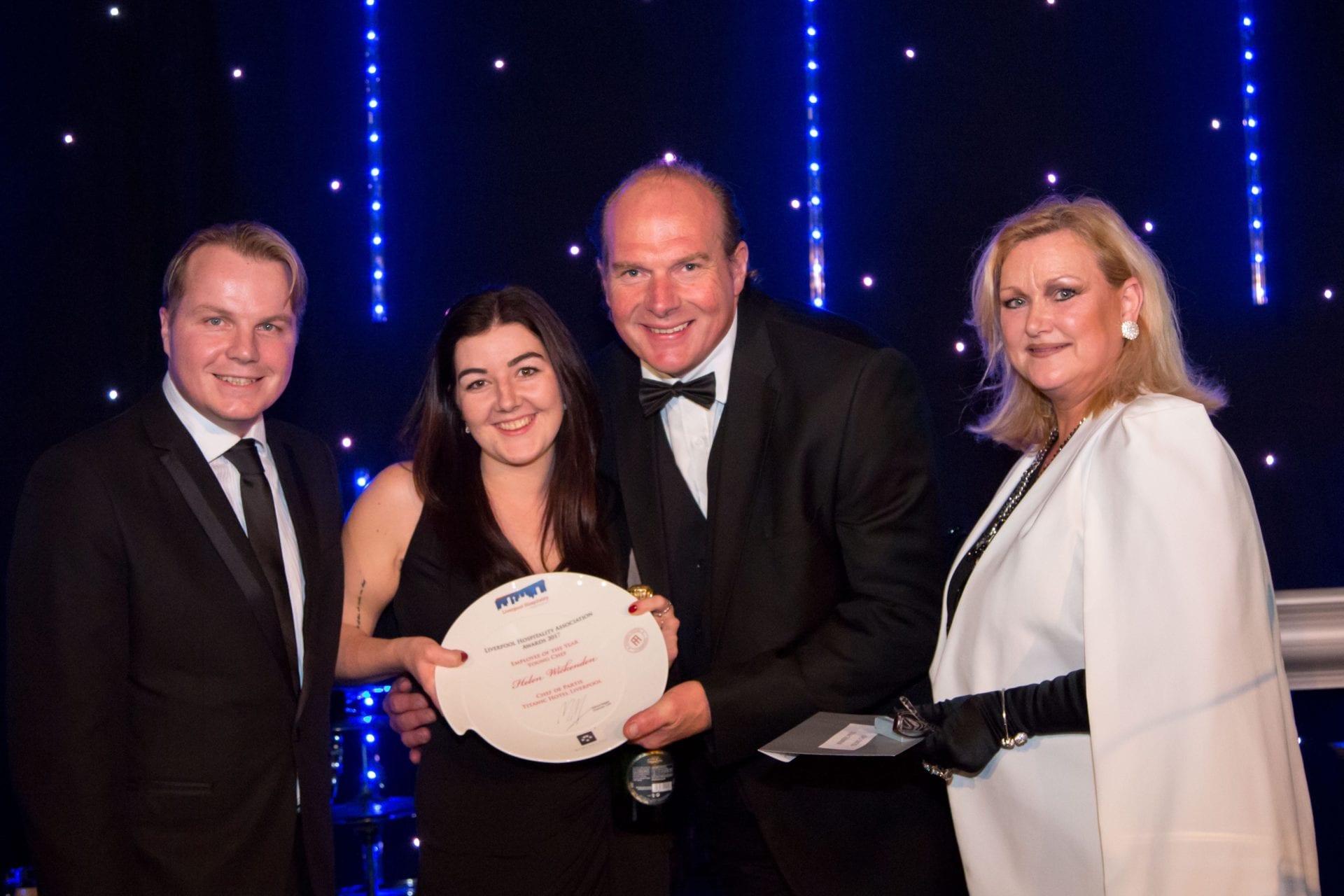 And the Titanic’s Chef de Partie, Helen Wickenden, fought off stiff competition to scoop the Young Chef Employee of the Year award after joining the hotel just two months ago.

Helen, from Kent came to Liverpool in June to visit a friend, fell in love with the city and hasn’t left since! She said: “I just love Liverpool’s warmth and how welcoming it is.The Titanic team is so supportive and our head chef Frank is one of the best chefs and nicest people I’ve ever worked for.”

The 22-year-old has previously worked at The Savoy Hotel in London and The Hind’s Head – owned by world renowned chef Heston Blumenthal.

Helen says: “I’d actually really love for Heston to come to Liverpool and try my food – I think he’d be proud!

The awards evening, hosted by Radio City 2’s Rossie, saw the entire hospitality industry coming together to celebrate Liverpool’s exceptional talent, with 350 people turning out for the glittering event.

The prestigious Mayor’s Award was won by Director of Conference & Exhibition Sales, ACC Liverpool, Kerrin MacPhie, and she was joined on stage by city mayor Joe Anderson, who sponsored the award.

Kerrin has travelled worldwide and worked tirelessly to drive awareness and interest in Liverpool and currently heads up the business element of  ACC Liverpool.

This year’s Liverpool Hospitality Awards once again supported both Woodlands Hospice and Hospitality Action, with both charities being the key beneficiaries of the event, just as they were in 2016.

Tracy Waddacor, Managing Director of World Class Service, said: “It was fantastic to see so many people turn to celebrate the people within the hospitality industry who work so hard to ensure the tourism offer in Liverpool is second to none.

“Congratulations to all of the winners – and the nominees – they should all be so proud of themselves.” 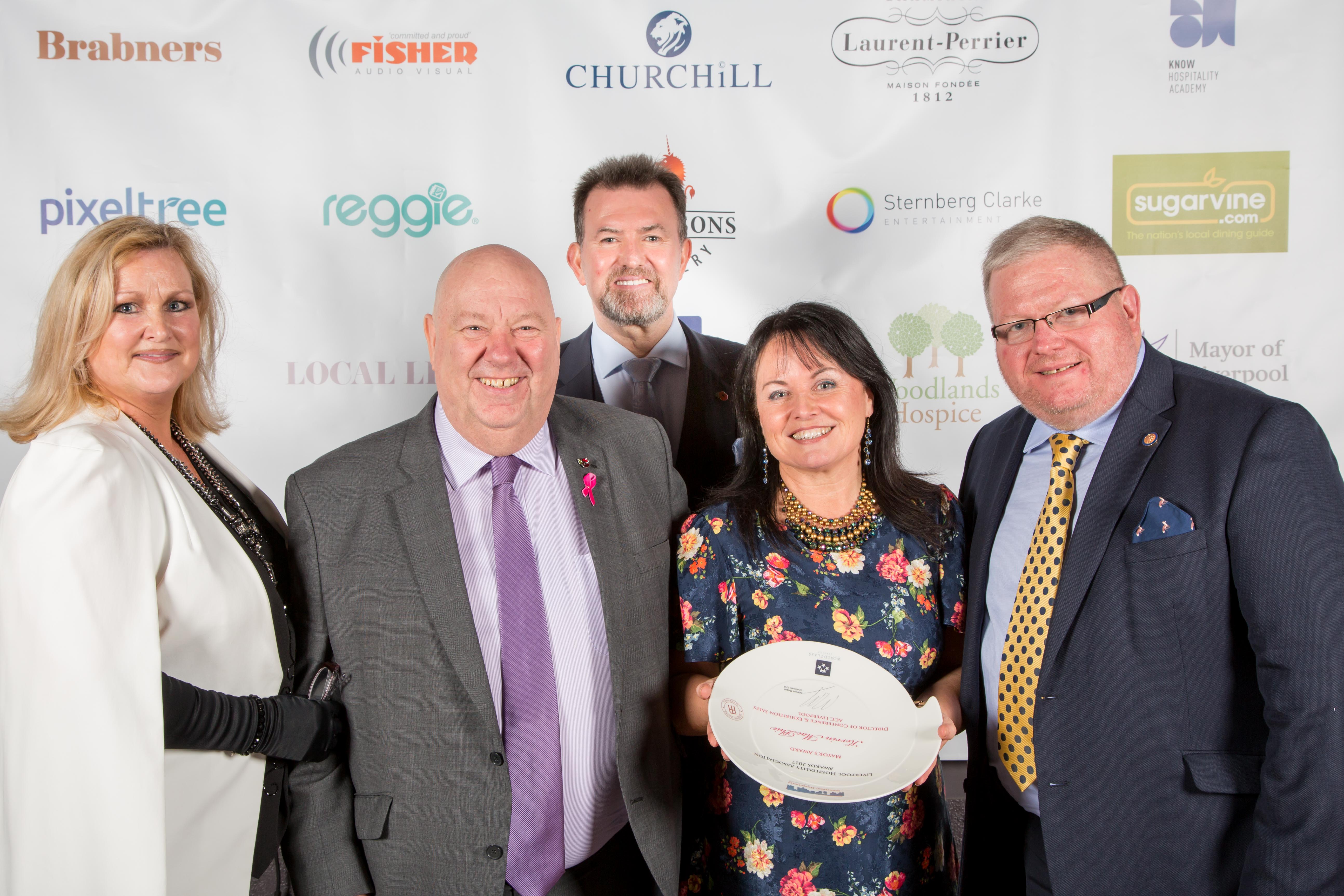 The full list of winners from the 12 different categories as follows:

EMPLOYEE OF THE YEAR – RISING STAR (Sponsored by Know Hospitality)

EMPLOYEE OF THE YEAR – UNSUNG HERO (Sponsored by Brabners Solicitors)

EMPLOYEE OF THE YEAR – YOUNG CHEF (Sponsored by Robinsons Brewery)

EMPLOYEES OF THE YEAR – COMMUNITY CHAMPIONS  (Sponsored by Robinsons Brewery)

SALES & REVENUE PERSON OF THE YEAR (Sponsored by Fisher AV)

EMPLOYEES OF THE YEAR – TOP TEAM (Sponsored by ReggieRooms)