Olly Murs visits Liverpool to support the Football For Change initiative - The Guide Liverpool
Contact Us Advertise with The Guide Our Video Services Follow us:

Olly Murs was in Liverpool to celebrate the first round of Football for Change funding being distributed to help disadvantaged and underprivileged young people in the North West of England.

Popstar Murs volunteered his time after being invited by Jamie Carragher to help publicise the work of Football for Change since being launched by the Sky Sports pundit, Trent Alexander-Arnold, Conor Coady and Dominic Calvert-Lewin last year.

Carragher, the co-chairman of the initiative, took part in a filming day with Alexander-Arnold, Coady, Anthony Gordon and Toni Duggan with Murs as host as funds begin to be allocated to worthy causes.

More than 40 disadvantaged young people were recently sent to Dallas, in the United States of America, for a life-changing educational and sporting retreat. 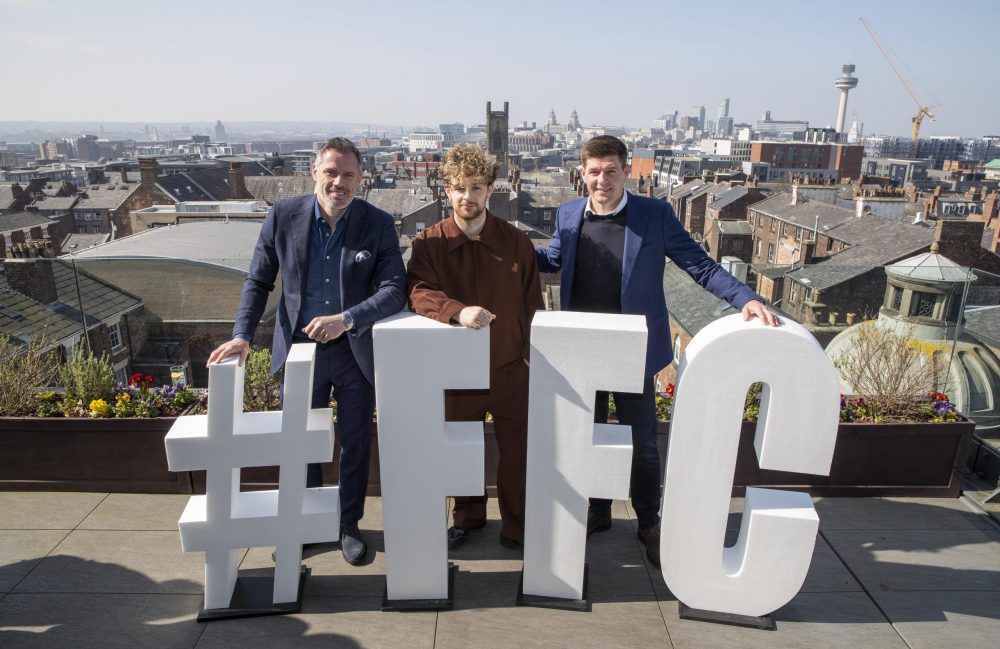 Murs met several members of the group to hear about the success of the trip and the opportunities they were afforded during their time in the USA.

Football for Change also committed to opening a new educational hub at The Brunswick Youth and Community Centre in Bootle for school leavers, who’ve grown up without opportunity, in the area.

Gordon, Coady and Duggan took time out of their busy schedules to meet the children who attend the centre on a weekly basis and will be directly assisted by the new hub.

Football for Change partners with the Communities Foundation for Lancashire and Merseyside who run the charitable fund and distribute the grants to initiatives supporting young people.

While in the North West, Murs headed to Manchester to meet Gary Neville, who is backing Football for Change. 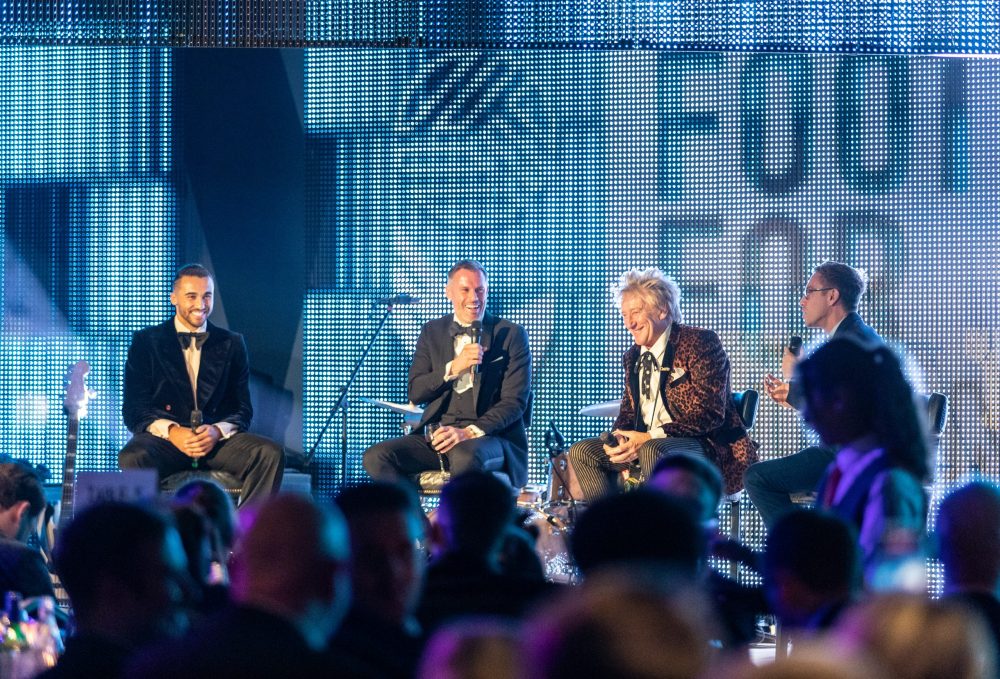 Football For Change gala dinner with Rod Stewart in 2021

“Young people need good role models and good influences, and Football for Change can offer that. The other two things they need is opportunity and belief. There is no negative to this initiative and what it is doing. It is all beneficial.

“Governments around the world can use their resources more effectively, just like Football for Change is doing.”

Rae Brooke, CEO of Communities Foundation For Lancashire and Merseyside and manager of The Football for Change fund, added:

“Football for Change is becoming one of the most important charitable initiatives in the UK right now.

“The opening of a new educational hub in Bootle will be life-changing for young people in the area and to have football stars who the kids idolise here today shows how Football for Change is already making a difference.

“The players are passionate about making a difference and I believe this is just the beginning for Football for Change. It is going to change so many lives.”

Daniel Hughes, founder and director of ThisGeneration Communications, the PR firm who co-founded Football for Change alongside the football stars, said:

“It is a momentous day for all of us as the first round of funding begins to make a real difference.

“Olly, Gary, Conor, Anthony and Toni all understand the magnitude of what Football for Change is achieving. They all volunteered their time because they know this is a charity which is quickly changing the lives of those less fortunate.

“We know there is a long way to go but to meet some of the children who were directly helped by Football for Change and the opportunities it provides was a proud day for us all.”

Football for Change, a social mobility charity, has raised more than £350,000 since its inception. Former Liverpool defender and Sky Sports pundit Jamie Carragher is co-chairman, while Sir Rod Stewart is patron, performing an exclusive set at the inaugural charity gala last year.

Football for Change is holding its second gala in Manchester in September, with Noel Gallagher the headline performer alongside Melanie C and Emeli Sande.

The 2022 Football for Change gala is headline sponsored by Swinton Insurance with CEO of parent group Ardonagh Retail, Ian Donaldson, co-chairing the initiative with Carragher.

Watches of Switzerland, Enterprise, DAM Health, Together and Legacie Developments are also sponsoring the event.