The Pressure Cooker: A Liverpool Chef's honest account of the industry he once admired - The Guide Liverpool
Contact Us Advertise with The Guide Our Video Services Follow us:

The Pressure Cooker: A Liverpool Chef’s honest account of the industry he once admired 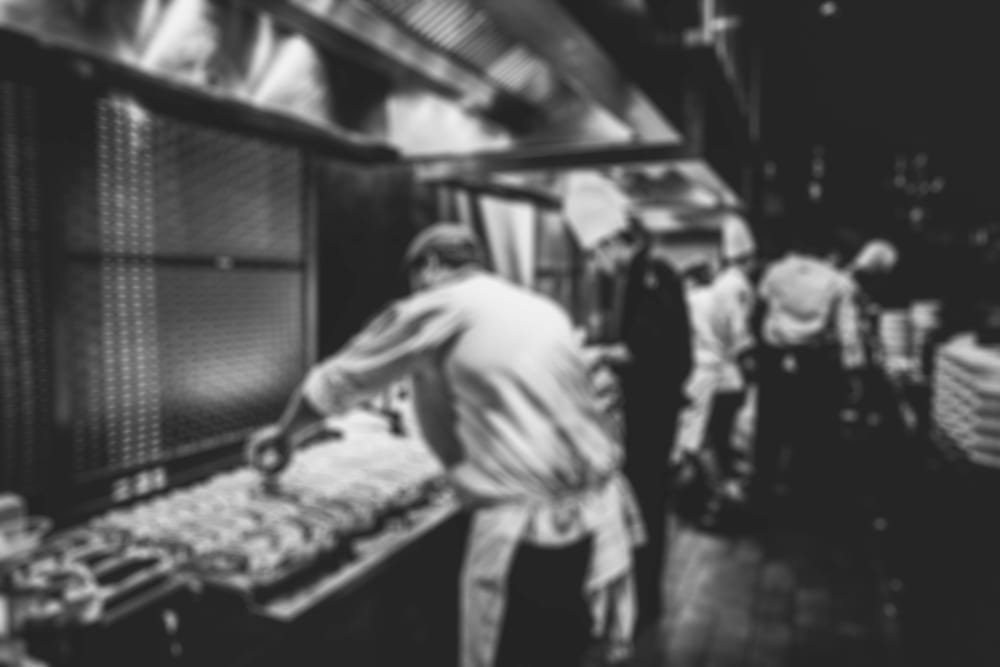 Home › Latest › The Pressure Cooker: A Liverpool Chef’s honest account of the industry he once admired

“Our Whites are not suits of armour”. One chef lifts the lid on the dangerous lack of mental health awareness and support in the hospitality industry with his brutally honest account of 20 years in the kitchen.

This is one chef’s account of how stress, anxiety and depression transformed the career he always dreamed of into a nightmare.

The world is changing, new ideas and new understandings have led to an unrelenting pursuit of a higher social awareness towards the plight of those suffering the effects of mental illness. We want to understand more – and help more.

In most fields of employment this issue is now at the forefront of people’s minds. It’s something as a society we are striving to become more aware of and in turn be better prepared to spot the indicators – and then to offer help.

A host of industries around the world should be applauded for their efforts and how they are highlighting these issues;  encouraging everyone to raise awareness. 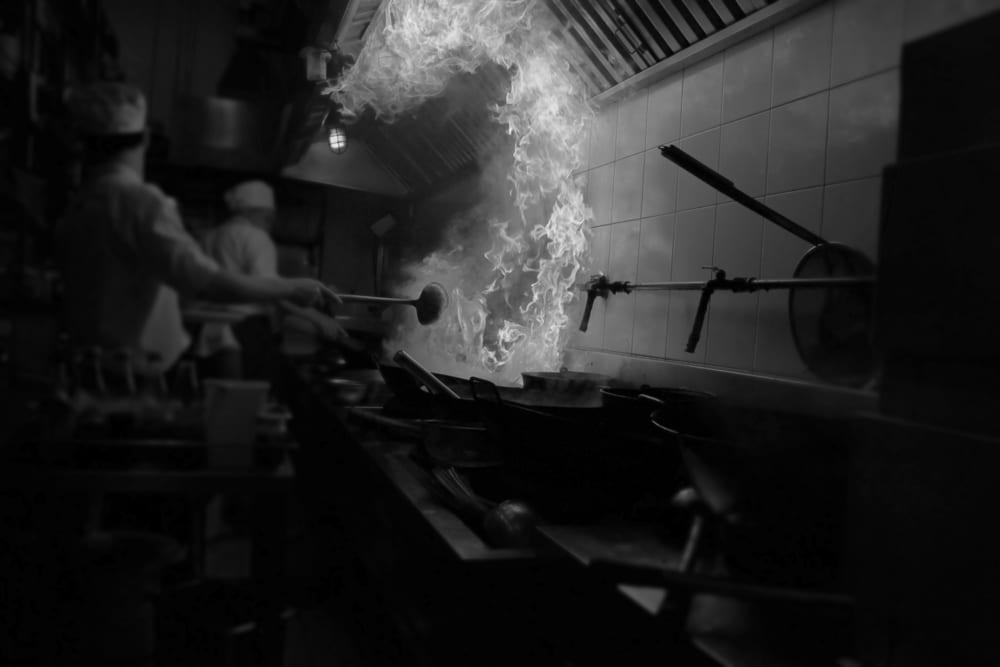 MORE: Meet the hero surgeon who has saved thousands of children’s lives in Liverpool at Alder Hey

As I sit writing this piece I feel a mixture of sadness and annoyance that these same efforts are not being applied in the industry I once loved. The hospitality industry – a multi-billion pound operation that services every echelon of our society – is found woefully wanting in this most sensitive of areas.

My job for the last 20 years has been as a chef; starting from the lowly commis position and undertaking all of the jobs associated with the kitchens bottom rung. I worked my way up to head chef.

When I started I was of course wet behind the ears, naïve and eager to please. I was filled with a desire to be the best version of a chef I could be. It’s worth noting that kitchens were then even less tolerant of any perceived weakness than they are now. An admission of being tired was seen as anathema to anyone working with you. You learn very early on such well worn phrases as ‘man up’ and ‘you’re not down a mine, just get on with it’.

I laboured constantly under the eye of my head chef, desperately striving to receive some form of affirmation from him. As any chef will testify, kitchens are not a democracy and a pat on the back from the boss can make a terrible day that bit more bearable.

I suppose some of the problems that would arise in the future stem from this; a subconscious admission that no matter how hard you worked or for how many hours – unless the chef said it was good then it didn’t mean anything.

MORE: Did you know 65% of young people worry about their physical appearance everyday? 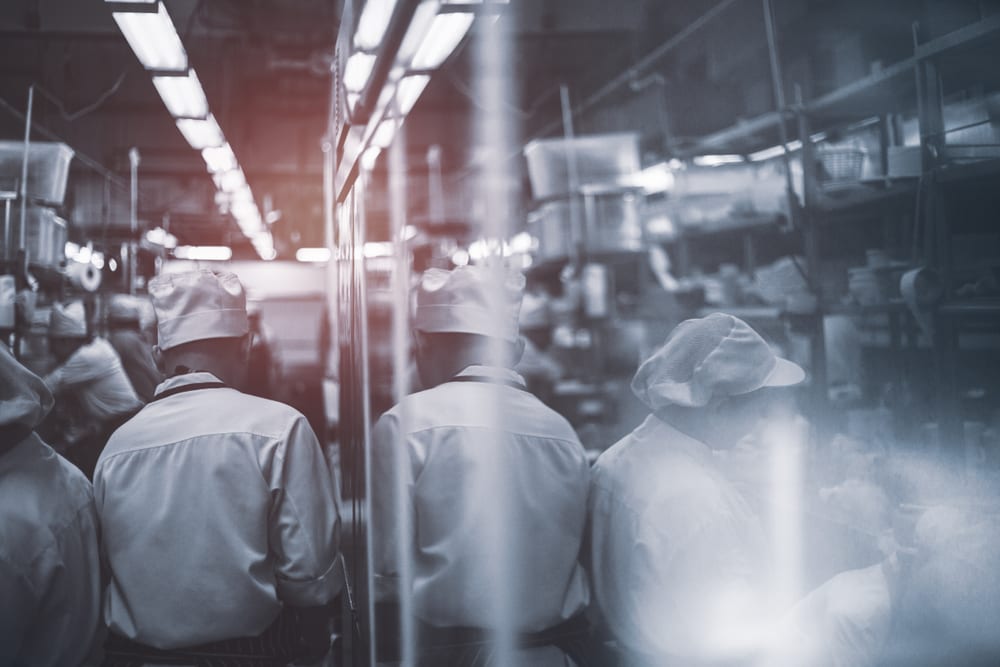 Going hand-in-hand with extreme amounts of hours is exhaustion. This leads to chefs looking for supplements to help them get through, some legal and unfortunately some not – another precursor to depression.

It’s worth bearing in mind that hospitality is one of, if not the only industry, in which working hours for free is absolutely accepted and, even worse, expected by the superiors.

Even if you achieve the level of executive chef and are earning what is on paper a good salary, when it’s broken down against hours worked you will be hard pressed to find a chef who is working for above minimum wage.

The main issue is not the hours themselves per se, it’s that the unsociable nature of the hours that can cause problems. Chefs with families almost have to accept that their quality time together will be extremely limited. Then the ones who like to try and enjoy the very limited social time they get feel the need to try and cram it all in to a short window, often sandwiched between 12 hour shifts.

Even as I write this I can hear the bellows of my comrades: ‘You know what you signed up for’ and ‘it comes with the territory’, and believe me I get it. I laboured under the same archaic thinking for many years and have often been the first to roll my eyes at the new kid who clearly had no idea what they had let themselves in for. But it leads to greater issues.

MORE: Watch as we take you inside the incredible Ronald McDonald House in Liverpool The separation from family, working every night and weekend, every holiday, Christmases, birthdays, it all adds to the feeling that you’re almost not part of society. You exist on the periphery of normal people’s lives. When you’re off they’re in work, when they’re out and about of a weekend it’s a non starter for you.

I’m very fortunate to have a few friends in my life who have been there with me since I was a youngster but my absence from anything social became normal to them too. Almost to the point where they stop asking because they know the answer.

The physical detriments are legion too. The constant aches and pains, the cuts, the burns, the extreme fatigue. I have seen these things build up and culminate in the utter collapse of a person. I have seen chefs of all sizes, shapes, creeds and race become sullen, withdrawn, moody and depressed. They feel like their life is not their own and they break their backs for very little reward.

Kitchens are a magnet for addiction. I’ve seen every form of this consume people, from alcohol to cocaine to gambling. All resorted to for some small release from the monotony of the daily grind.

As we all know, addiction leads to depression. Depression can very quickly lead to suicide which also has a higher than average rate amongst hospitality workers. Reading this it would be easy to think that I’m describing the worst job and environment in the world. That would be misleading.

MORE: Watch as mental health advocate Jake Mills talks about getting out and about to help clear your head 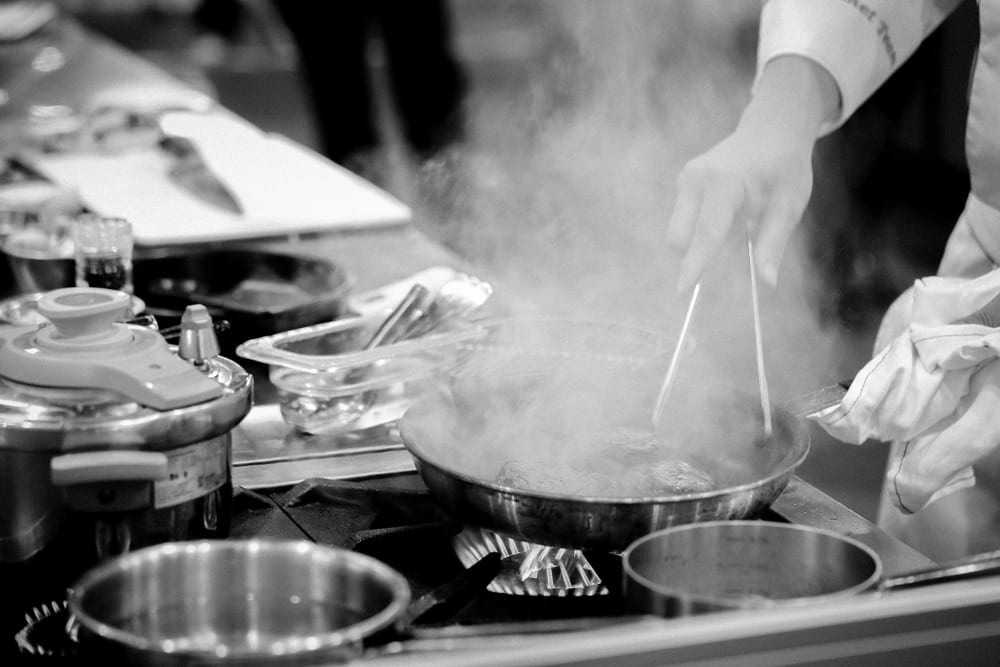 I have experienced some of my greatest highs in a kitchen and the sound of a server telling me that table 6 adored their food is still music to my ears. The point here is that the hospitality industry is not good enough at prevention and, therefore, is not equipped to cure.

Chefs are slightly different from a lot of people. There’s an undeniable in-built mechanism that drives them to push that bit further and work that bit harder. I fear this is borne from the wrong place. Yes, pride is a factor but it’s also down to a reluctance to ask for help; to think that they’ll be perceived as weak if they do.

I want to say to all of you that it isn’t a weakness. You are no less than anyone else because you’re having a tough time. You’re not weak because it all feels a bit much sometimes and there should always be someone on hand where you work that you can lean on and talk to.

We need to know our worth, not just as chefs but as human beings, our whites are not a suit of armour and don’t need to be worn as such. Take it from me – an old hand who has seen pretty much everything a kitchen can throw at you – we only get one go on this merry go round; let’s start valuing ourselves as a priority and not a commodity.

If you work or an employer in the hospitality industry and would benefit from connecting with an organisation that understands the demands of your workplace, check out The Pilot Light Campaign.

Founded by professional chefs, Andrew Clarke and Doug Sanham, the campaign is focussed on combating mental health stigma and hopes to act as a beacon of  support to those affected by common-place issues such as depression and addiction, in and around the kitchen.