The Tall Ship fleet sets sail for Liverpool and a huge waterfront celebration - The Guide Liverpool
Contact Us Advertise with The Guide Our Video Services Follow us: 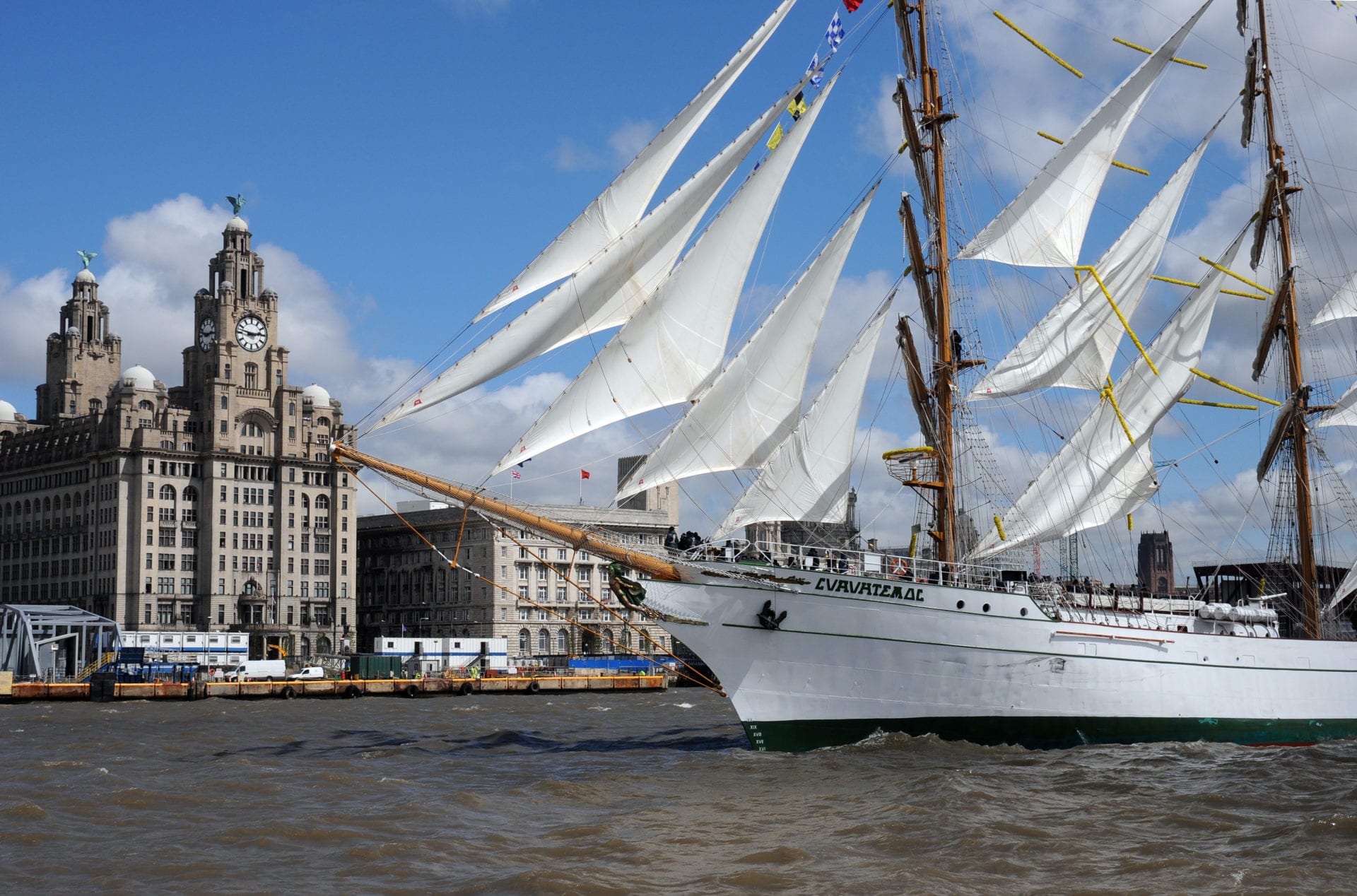 It’s just a few weeks until the River Mersey is graced with the Tall Ships Regatta, back for a 5th time.

A 17-strong fleet of tall ships from across the world is heading to the River Mersey to help the city celebrate the 10th anniversary of its year as European Capital of Culture. The spectacular fleet will return to the city for the fifth time for the Three Festivals Tall Ships Regatta, a free event which takes place between 25 and 28 May 2018. The regatta, which is organised by Sail Training International, will see two other ports take part in the race, Dublin and Bordeaux.

Watch above as we chat to the Culture Liverpool team to find out more about what’s happening down on the waterfront this late May Bank Holiday weekend. 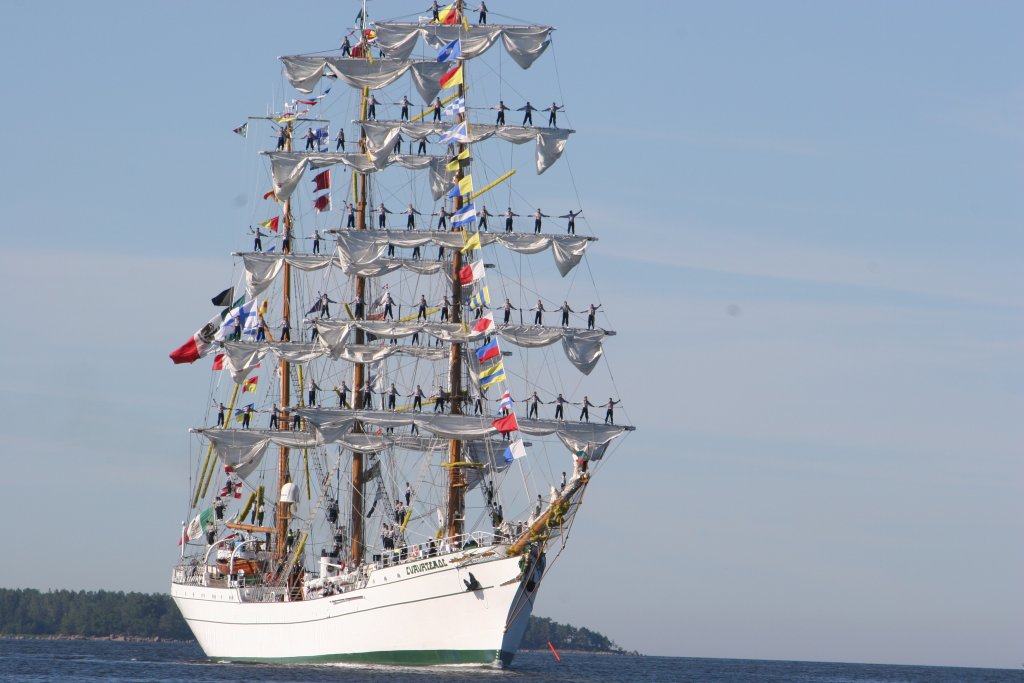 Local people, under the age of 26, are being encouraged to join the race, which will finish in France. Director of Culture, Claire McColgan, said: “The Tall Ships were one of the highlights of our 2008 Capital of Culture celebrations so it is fitting that they will make their return as we celebrate the 10th anniversary. The ships are an absolutely stunning sight and give visitors the rare opportunity to ‘come on-board’ for a closer look at these incredible vessels.

“As well as the ships, we have a packed programme of events running across the city, both day and night. It’s all set to be a completely unmissable weekend.” 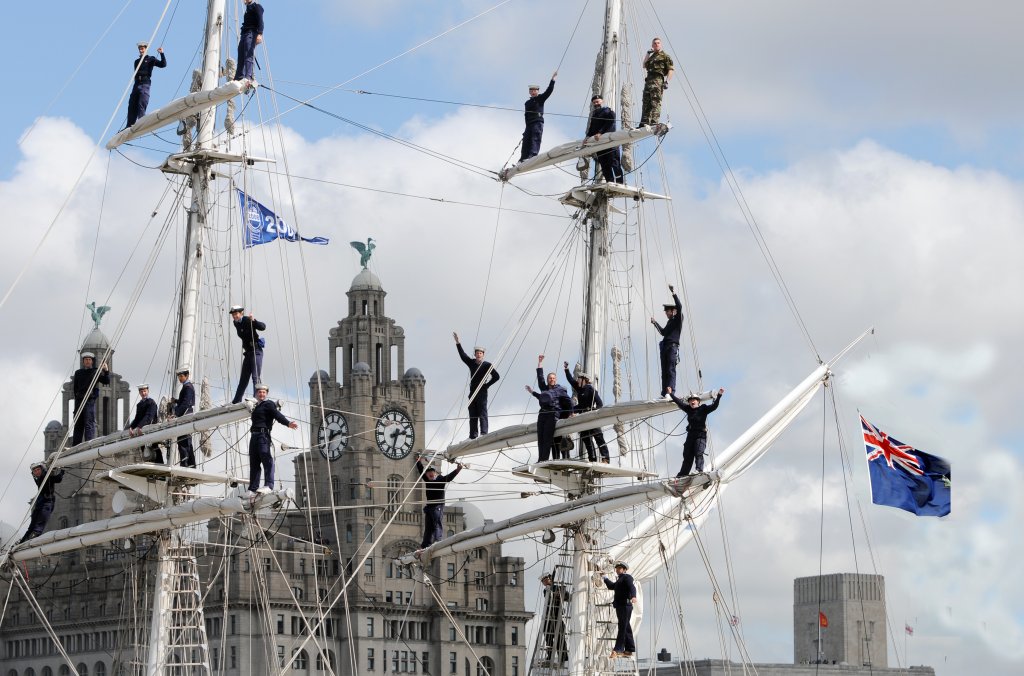 The Tall Ships will be berthed on the Liverpool Cruise Terminal, Canning Dock, Canning Half Tide Dock and Albert Dock during the festival weekend. From 12pm on Friday 25 May – Sunday 27 May, visitors will be encouraged to ‘come on-board’ for a closer look. The historic Lancashire Nobbies, or Morecambe Bay ‘prawners’, will take to the river on Saturday morning for their annual four-hour race on the Mersey. And on Sunday 27 May, visitors will be able to see them at berth in the Albert Dock, where they will also be open for visits.

The highlight of the event will be the magnificent Parade of Sail at 12 noon on Bank Holiday Monday 28th May, when the Tall Ships will make their way up and down the River Mersey, accompanied by a flotilla of other craft, before sailing for Liverpool Bay at the start of their race. An exciting programme of activities is planned across Liverpool to celebrate the arrival of the ships. 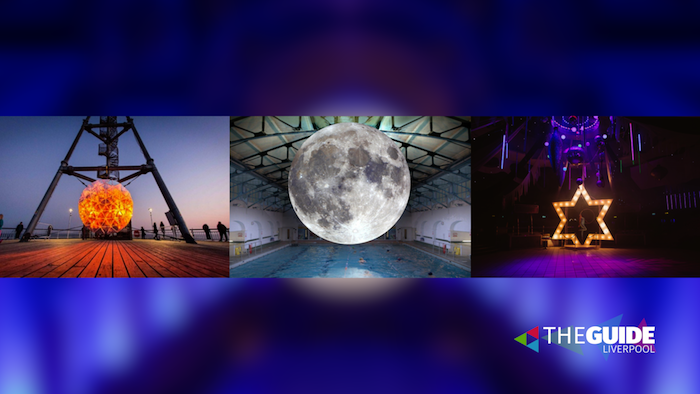 Wine-lovers are also expected to flock to the waterfront as the world-renowned Bordeaux Wine Festival make its UK debut. And there will also be a focus on getting young people aged under 26 from Merseyside involved in the race. The Sail Trainee project, will see 50 local youngsters, aged from 16, join the crew of a tall ship on a 5-day voyage from Liverpool to Dublin.

If you’re heading to the waterfront for the Three Festivals Tall Ships Regatta, here’s a full list of the boats you’ll see, across the weekend……

The 60ft two-masted schooner was built for adventure and over the years she has circumnavigated the world and won First in Class in the famous Round the Island Race.

A historic ship, listed at the French heritage as the last witness of the artisanal fishing of Port Etel (a large French tuna port in the 50’s)

The two-masted wooden schooner handmade in Spain between 1980 and 1984 was designed by Esteban Vicente Jimenez to look like the Spanish vessels from the 1800s.

Having begun life as a cargo ship, this 120 year old vessel was once a private yacht for Hugh Grosvenor, the 2nd Duke of Westminster.

This magnificent schooner was constructed in 1932 by the Chantier Naval de Normandie, in Fecamp, for the French naval academy (Ecole Navale).

Named after the legendary High King of Munster and Ireland, this traditional gaff rigged wooden sailing ketch is the culmination of a 3 year renovation and conversion project.

A Centurion 47′, which was built in Wauquiez shipyard, and was donated in 2010 to the Ecole Navale, the French naval academy.

Owned by a group of sailors, who were inspired by the Cutty Sark Tall Ships’ Races in 1990, to buy their own boat.

La Malouine is a twin masted French Brigantine tall ship, registered in the Port of Dumfries.

Named after the famous British Admiral is the first of their two vessels, both of which are the only tall ships in the world that have been purpose designed and built to enable able-bodied and physically disabled people to sail side by side

This stunning ship has a rather famous history, built in 1929 and owned by Jan Jacob Van Rietschoten, father of the flying Dutchman, Cornelis ‘Conny’ Van Rietschoten, the only skipper to win the Whitbread Round the World Race twice.

Unique among Square Riggers, the Class A Tall Ship’s hull form was derived from the elite French clippers of the late 19th century.

The Tall Ship is a three-masted Bulgarian barquentine with a hull made of steel and a teak-covered deck.

2018 is the first season for these two, new tall ships which are owned by the Marine Society & Sea Cadets.

The Sea Cadets flagship was designed by Acubens, and built during 2014/2015 at the Spanish shipyard of Astilleros Gondan.

For more information visit www.tallshipsliverpool.co.uk and follow @CultureLpool for updates ahead of the event weekend.

What are you most looking forward to at the Three Festivals Tall Ships Regatta? Drop us a line on Twitter, Facebook or tag us in your waterfront pics on Instagram and we’ll share the best on our socials.