This is why Reminisce 2019 act Ultra Nate cant wait to hear you sing 'Free' - The Guide Liverpool
Contact Us Advertise with The Guide Our Video Services Follow us: 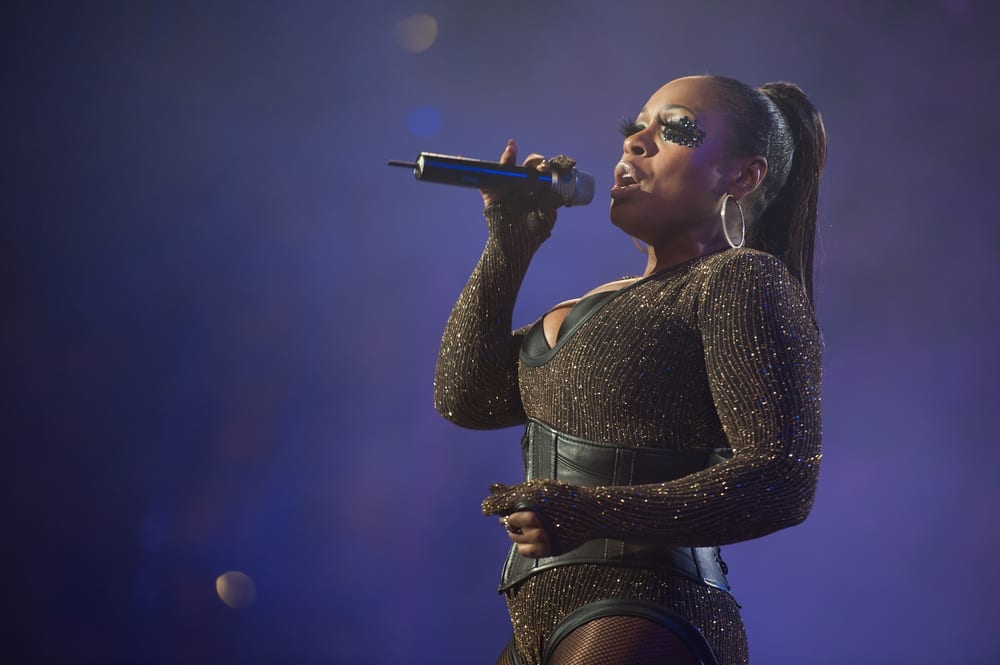 We chat to Ultra Nate as she swaps DJ-ing in Baltimore for Reminisce Festival this September.

It’s less than two weeks to go until Sherdley Park, St Helens welcomes the biggest 90’s dance line-up ever. Reminisce 2019 takes place on Saturday 7th September and includes live performances from some of the biggest 90’s acts that everyone knows and loves.

From 12pm until 11pm you can see the likes of Whigfield, The Venga Boys, D:Ream, Urban Cookie Collective, Baby D, Rozalla and more take to 6 massive arenas for an unforgettable all-dayer. One 90’s act, who penned an iconic lyric that sounds as fresh today as when it went gold in 1998, is about to swap DJ-ing in Baltimore for a festival in the park.

Ultra Nate, singer, songwriter, DJ, producer and 90’s legend will be performing live at Reminisce 2019 and we caught up with her for a chat about how a leap of faith turned into one of the biggest and most loved tracks of the 90’s.

“There’s something very special and nostalgic about that period, there’s was so much diverse music coming out around that time and it sounded to epic. It was a special moment in people’s lives and I’m totally down for being part of it.”

Ultra Nate’s biggest hit, Free was released in the UK in 1998 and it went off. Reaching number 4 in the UK singles chart, number 2 in the UK Dance chart and it went gold, selling 400,000 copies. The track also topped the US Dance chart – putting Ultra Nate on the map on both sides of the Atlantic.

“When I came up with my plan of what Free was going to sound like it was very against the grain of what was popular in dance music at that moment. Having spent 6 years with Warner Bros on this incredible journey, going through all these processes, learning so much, I signed with indie label, Strictly Rhythm. Whatever I started with needed to make a significant statement that could not be denied.”

It’s safe to say a significant statement was achieved as this club banger still gets the crowds bouncing and singing those amazing lyrics. Making music is no easy process and Ultra Nate took her inspiration from ‘Free’ from a surprising source, she explains: “I wanted to have a song with guitars, I was inspired by REM’s track ‘Losing My Religion’ actually. We took that style of melancholy, bittersweet guitar and built that rift first, then we recorded an alternative rift with more tension and angst against it.

“Then came the beats and lyrics and we built the story on what the song should be about and crafted it from the ground up with love and care. But we had no idea that anyone would like it.”

21 years since it blew our ears off, ‘Free’ is still as popular on dance floors, festivals and 90’s revivals as it was back in the day, but does its creator still get the same buzz performing it? Ultra Nate said: ” I do! I do because people are so affected, like it really means a lot to people so when I perform it, that energy that they’re putting out, its really reciprocal.” 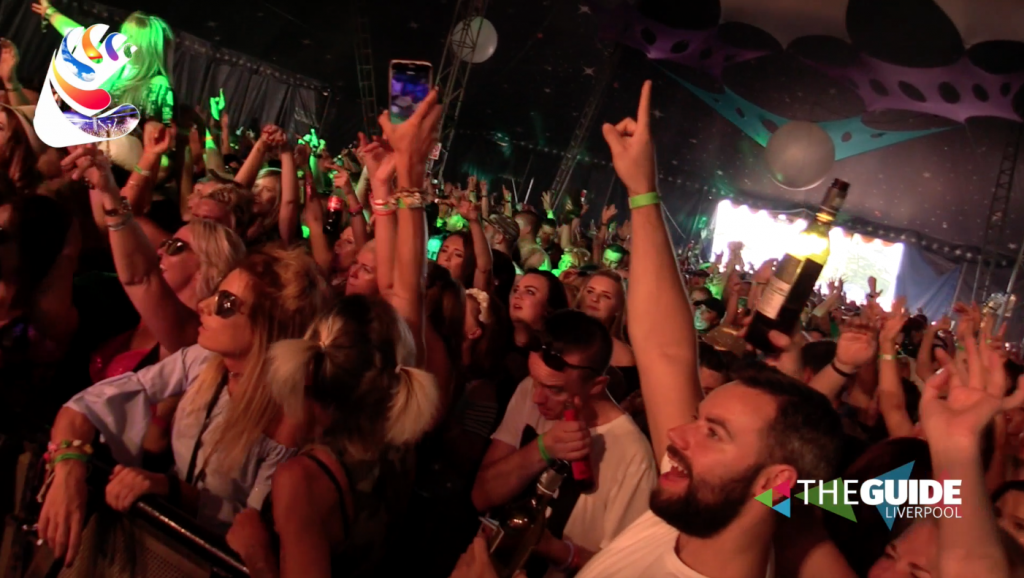 Reminisce brings the absolute best DJ’s and live PA’s to Sherdley Park with tickets flying almost a year in advance. We asked Ultra Nate what she thinks makes this era of music so popular, still in 2019, she said:” It’s a combination of things. Lyric, song and voice is what anchors people to the dance floor.”

Influenced by the likes of The Pet Shop Boys, Annie Lennox and the Eurthymics and Earth Wind and Fire, Ultra Nate is a huge advocate of all kinds of music, she explained: “I listened to everything! I say this all the time but I used to love scrolling up and down the dial on the radio and listening to all different genres of music, no holds barred. It really gave me a wide variety of musical attributes to draw on.”

This was when the bombshell dropped. Ultra Nate said: “I wasn’t a trained vocalist. I wasn’t a songwriter. I hadn’t done any of it before until I did it, we made a record and I signed to a label.”

“I was like okay, I don’t event know what I’m doing but I’ll try it. I felt like I had absolutely nothing to lose because I was a kid. It wasn’t my goal, you know, it wasn’t what I’d always dreamed of, or bled or sweated over for years, that wasn’t it.

“I went to the clubs to party at the weekends, I was a club kid, I was a dancer, that’s all I wanted to do. I was going to college in the daytime to study medicine because I was going to be doctor. So this whole side bar moment of oh hey, come and sing something in the studio, that was all for fun.” 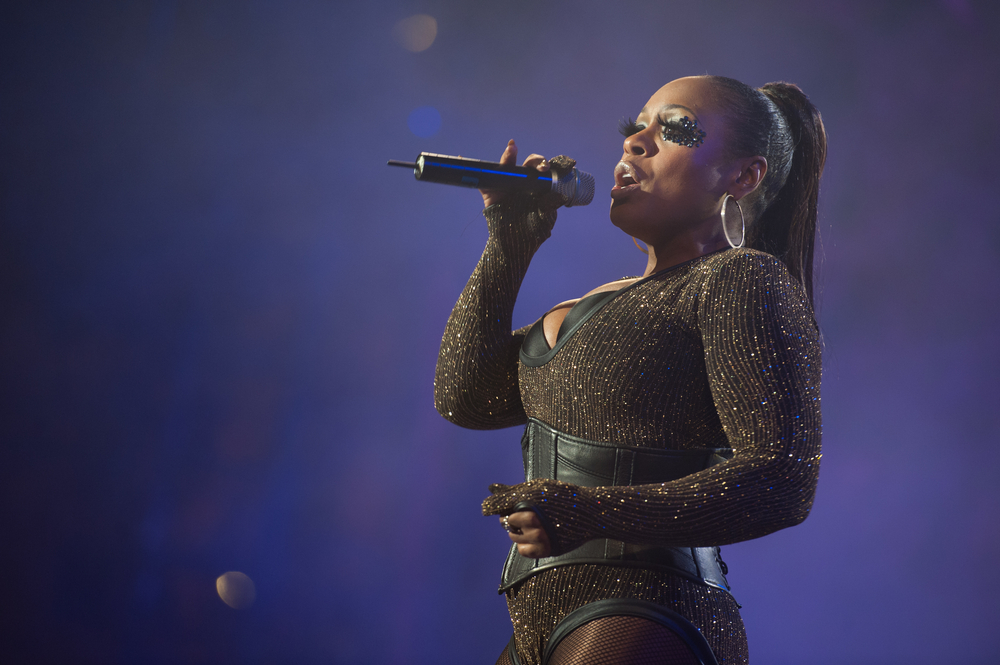 Proving that a leap of faith and a deep rooted love of music can take you on a completely different life path, Ultra Nate has been producing her own music for the last ten years and continues to DJ regularly in Baltimore when she’s not touring around the world.

“I can honestly say that I’m still gigging and performing for crowds around the world at the same level that I have been for the last 25-30 years. Thing evolve and change, the music business is very different now, it’s an honour to be able to still navigate that crazy terrain and do it still on my own terms. It’s an honour that the music I have made in the past is part of the history and the fabric of what this genre has become.”

There’s less than two weeks to go until Reminisce 2019 takes over Sherdley Park, St Helens. DJ Lee Butler and the team are bringing together the biggest and best line-up to date with 20,000 festival goers getting their glam on to rave and misbehave. 6 massive arenas, fun fair, VIP and loads more, celebrating the absolute best in old skool dance tunes, scroll down and get your tickets now.

To get your Reminisce 2019 tickets head to www.reminiscefestival.com and follow @ReminisceFest on socials for updates as the countdown begins.

GET MORE NEWS FOR WHAT’S ON OUR YOUR FAMILY IN LIVERPOOL HERE.